I really love the world of Final Fantasy 14. Square Enix made a beautiful MMO.
Their world is breathtaking, especially in 1080p HD. Which I can actually see thanks to playing on a Playstation 4. The shadow details are amazing, as are a lot of the other details. Even the weather is gorgeous.
My two favorite zones have to be Central Shroud, which you can see below and the coast of Eastern la Noscea with the Costa del Sol town, also below.
Square Enix really managed to capture the pristine white beaches and ancient forests and I can just sit in either of these locations for ages. 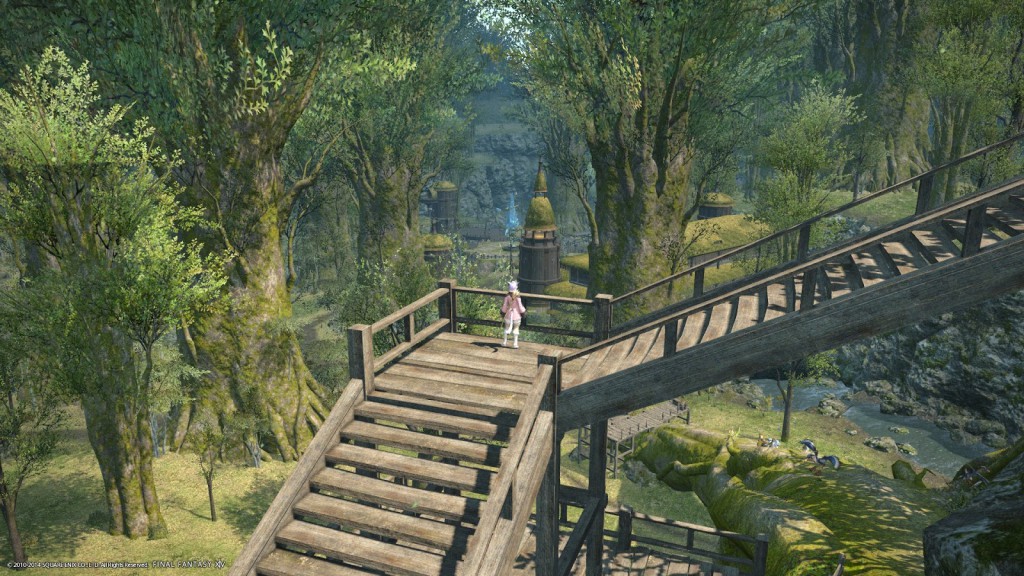 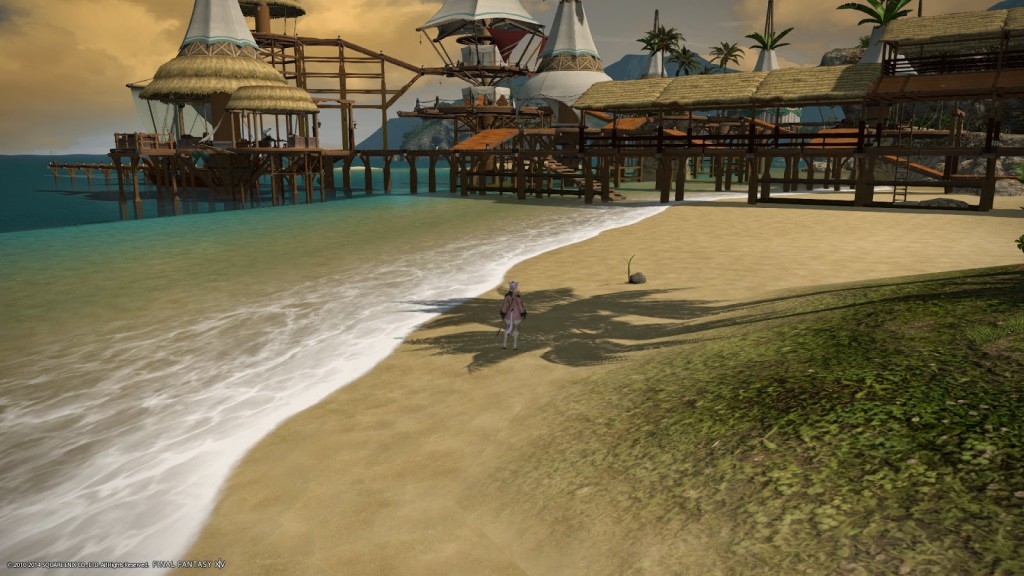 Next to all the running around in Eorzea, I’ve been more or less interested in the hype that is called Wildstar. I’ve taken part in an open beta weekend, when the game was still rather glitchy on graphics, but apparently a lot of people are very hyped up to play it. I’ve been seeing squee’s about early acces everywhere and blogs about Wildstar are sprouting like weeds.
I have to say I’m a bit jealous about this. It really gives off the vibe of being the next big MMO and I can’t really take part in it due to financial reasons. Luckily I’ll probably get a 7 day guest pass but even then I feel a bit left out.
Then again, a lot of MMO’s have been very hyped up over the past few years only to die a silent death. FFXIV was bustling with activity for the first few months but has dwindled down a bit aswell now. I’m lucky to be in a nice free company with a steady raid group, but I can imagine it’s not much fun if you don’t have these things. I really hope Wildstar lives up to the hype though and that Carbine/NCSoft can push out enough content to keep people interested.

And who knows. Maybe I’ll pick it up aswell and use it as another blogging topic. For now I’m going to head back into Eorzea and roam the beautiful lands again.