I’ve been getting some more Wildstar time in and decided to roll a little alt. I wanted to try out the Warrior class, but didn’t want to play Aurin or Human. So I made a Mordesh, called her Verana and hopped into the game. 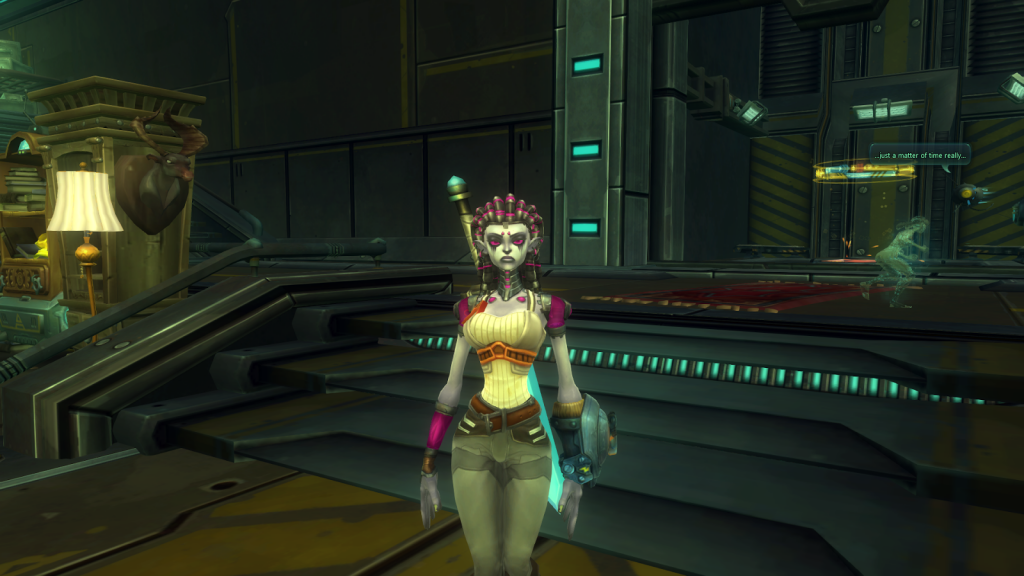 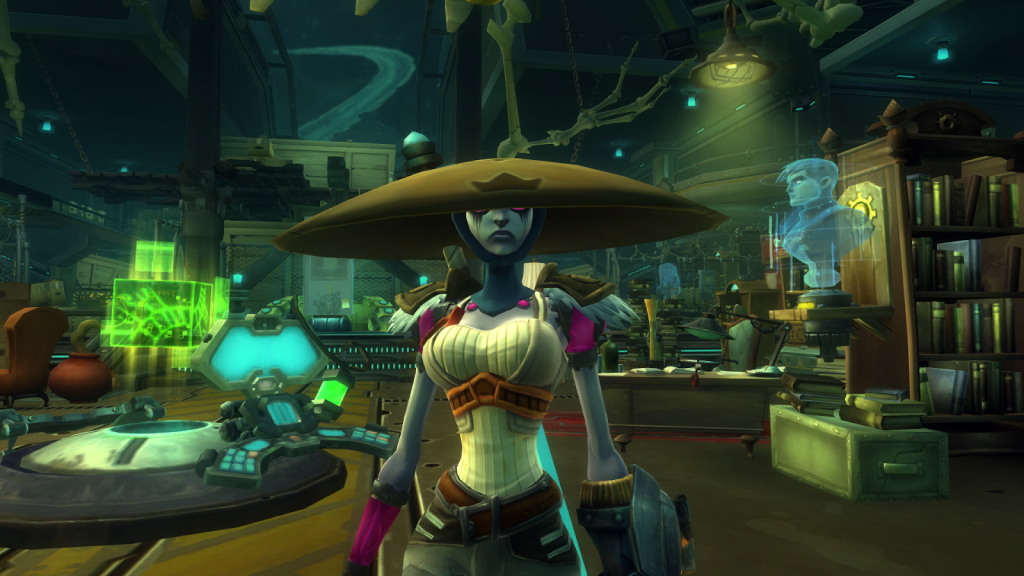 With and without her amazing hat. I like the way she looks. Kind of menacing, but pink! I have to say that I’m actually liking the Mordesh movement more than Aurin right now. It’s all a bit slower and easier to control rather than my little Aurin stalker who bounces all over the place.

I figured I would start in the Human zone for a change, Northern Wilds, and was immediatly awed by it. Yes yes Everstar Grove is bigger and very green, but all the snow was just amazing to see. You get in when there is a huge snowstorm going on. 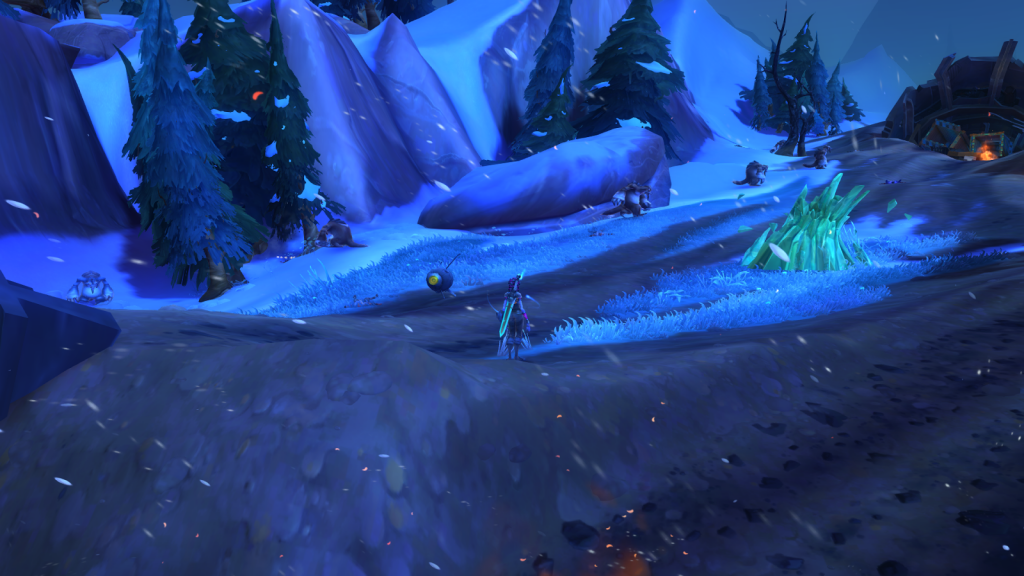 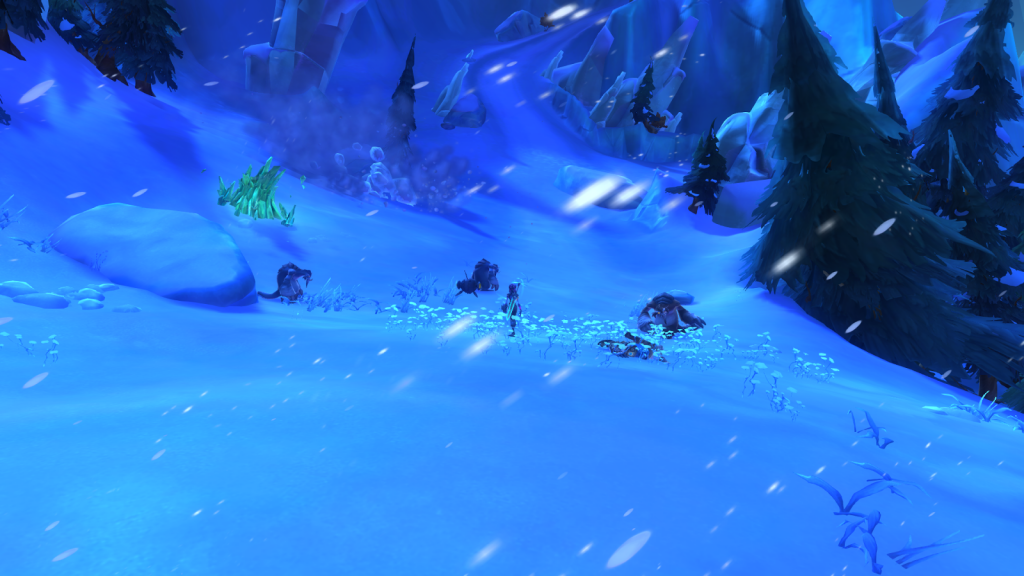 The little dudes you see in the snow are actually Wildstar’s idea of yeti’s. I felt bad for killing them, they were so nice and furry… Also avalanches! And yes they hurt if you got caught in them.
After a while I got send to a special station, as seen below, and when I came out, the storm was gone! You can also see my trusty Data Cube on the second screenshot, I called her Dixie by the way. I’m a Scientist on this character and loving it so far. 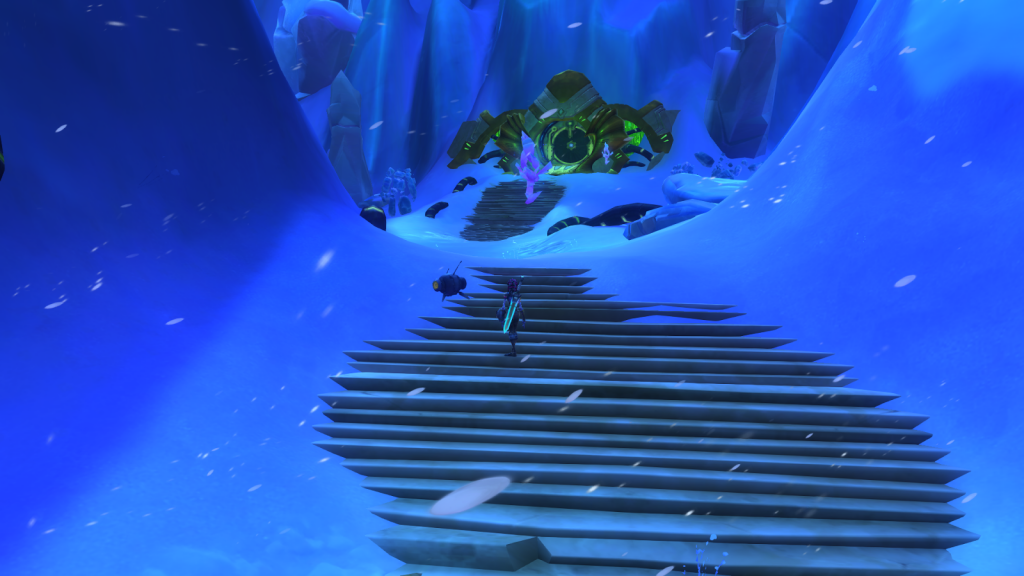 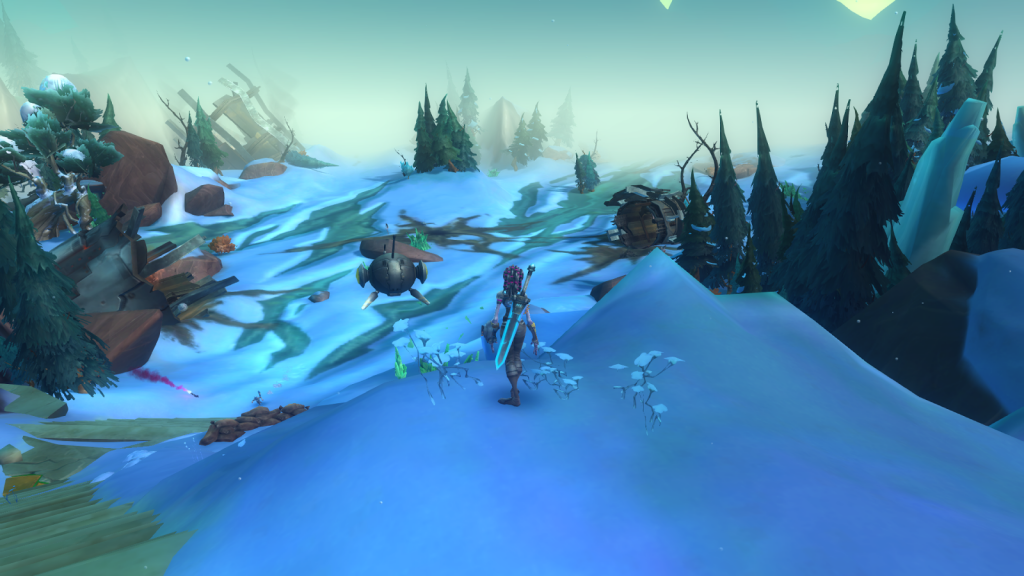 The quests in Northern Wilds are funny and sad at the same time. I managed to rescue someone from the snow, but not everyone was that lucky. 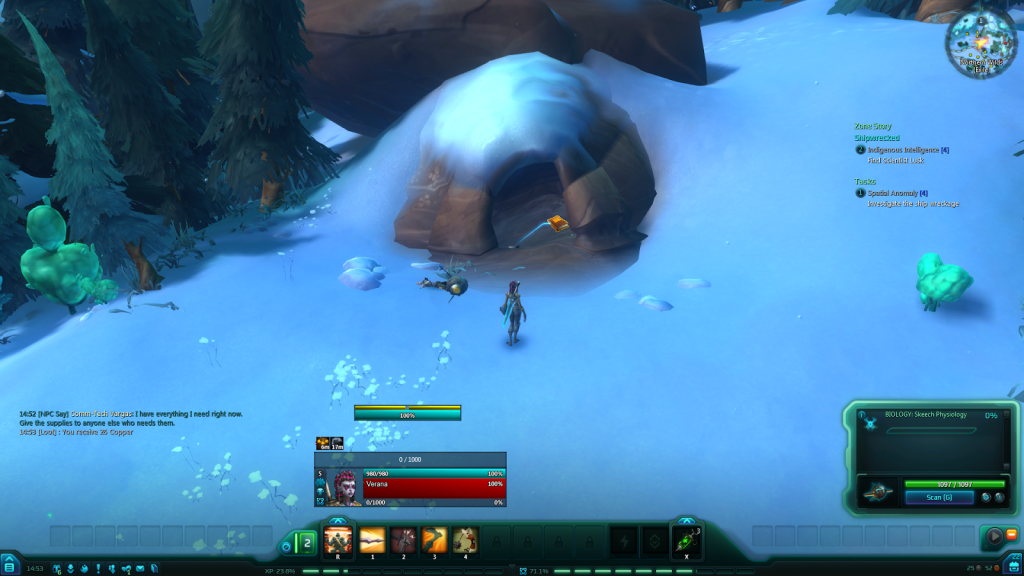 I also talked to someone in a bubbling pot… 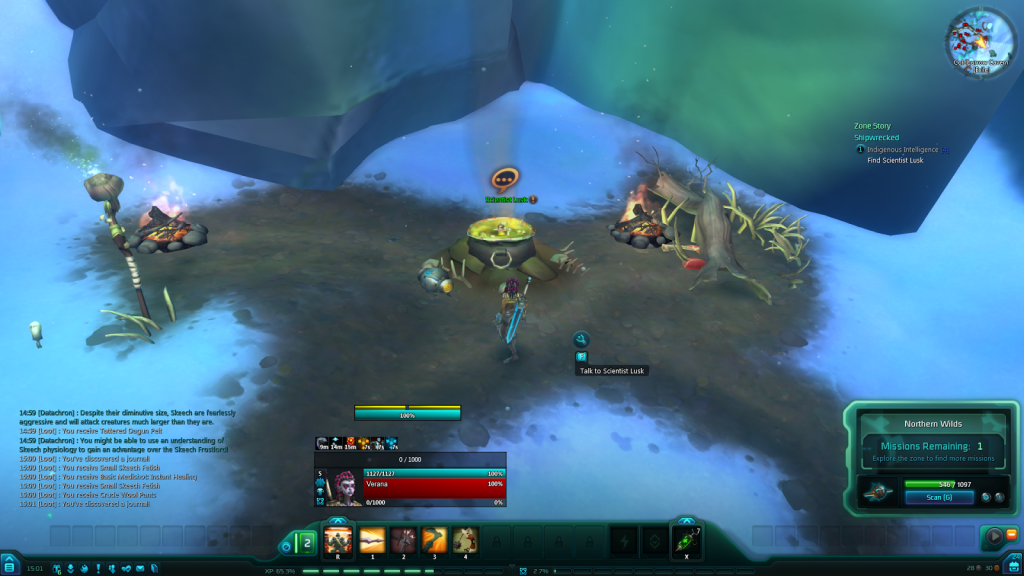 All in all the zone was great. I wasn’t really taken away with the story. Sadie Brightland randomly dies (sorry for the spoiler!) and I felt a lot less sympathy for the Exiles here than I did in the Aurin Starting zone. Poor tree! Also, the rewards for questing were a bit inappropriate for the climate. I do your bidding and you give me short shorts in the snow? Silly Wildstar… 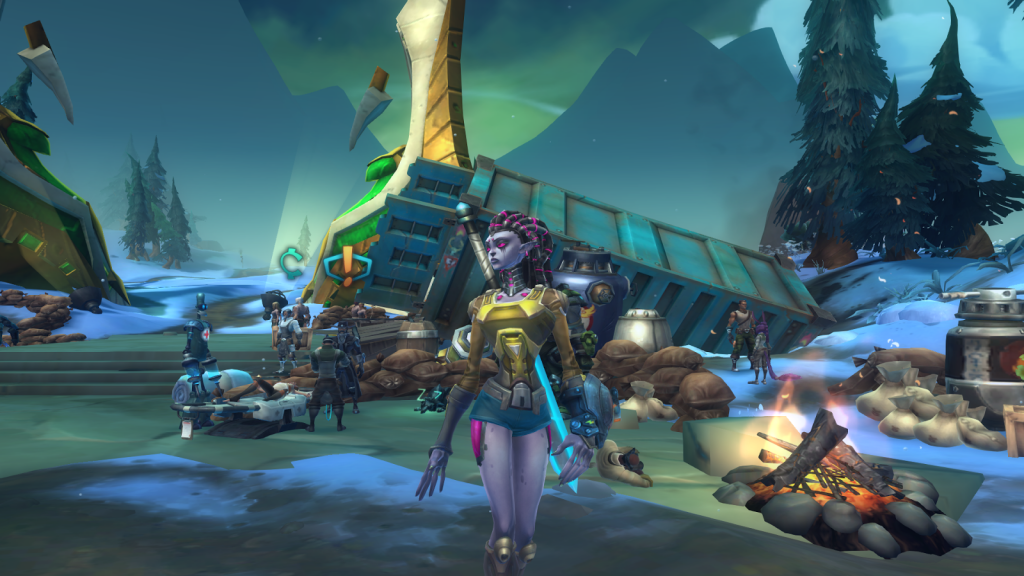 I did like the Northern Wilds as starting zone a lot. It was nice to do something different from Evenstar Grove and it’s not a huuuuuge zone to start in. As you can see in some of my screenshots I no longer use the standard Wildstar UI. I installed Potato UI instead. It seems to have helped with my FPS issues so I do like playing it more now. Unfortunately my sub runs out on July 3rd and I’m not sure if I’m in the financial position to renew it. I’ll have to wait and see.
For now I think I found my new love: Warrior. It feels very much like the Warrior I’m used to from World of Warcraft and I’ve completely fallen in love with my little Mordesh. I’m taking a lot more screenshots on her aswell (as you notice) so expect more screenshot filled posts the coming two weeks!