When WoD launched I swore to myself that I would stick to one character this expansion. That I wouldn’t alt too much and that I certainly wouldn’t spend more time than necessary on the game.

Yeah… How wrong I was…

I have alted a bit this expansion. I have 4 characters sitting on level 100. My Priest, who is my raiding main, my Paladin and my Warrior on Alliance side and a Monk on Horde side. Then there are various characters between level 90 and 94, mostly for profession purposes.
I have sunk a lot of time in the game already. Especially on my Priest. Making sure I had the best stuff for raiding, gearing up myself and my followers. Doing all quests there were. Doing achievements now that I’ve done those and, ofcourse, raid two nights a week. Which can get pretty hilarious when you claim to be a divine priest and thus get all sorts of beams stacked on you right before pulling a new boss… 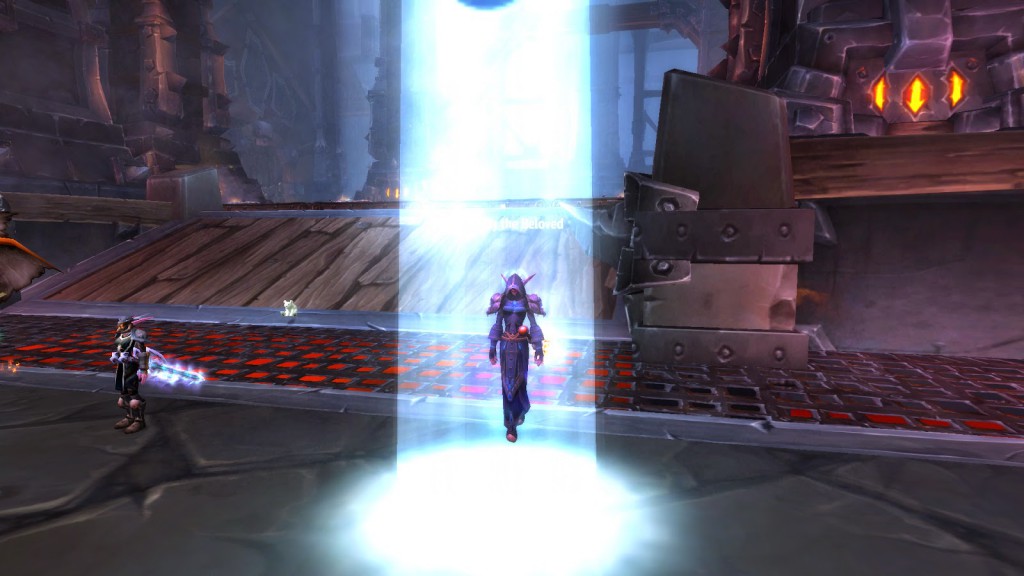 Anyway, the Priest has been a huge timesink. I resorted to just do everything on her, instead of charhopping but I found myself getting easily bored. And then the altoholic inside of me started to whine. And whine. And whine.
It’s really really hard to stick to one character when your natural tendency is to hop and play whatever you like. So to compromise, and to satisfy my friends who play Horde side and have been bugging me forever to get a Horde char to lvl 100, I decided to get a second raiding main. And so I proudly present to you my Monk: Applebloom. Rocking the Hearthsteed which I finally managed to unlock last week! I’ve joined a small Horde guild on her that raids on Friday and Sunday evenings, which is perfect since I raid on Mondays and Tuesdays on the Priest. 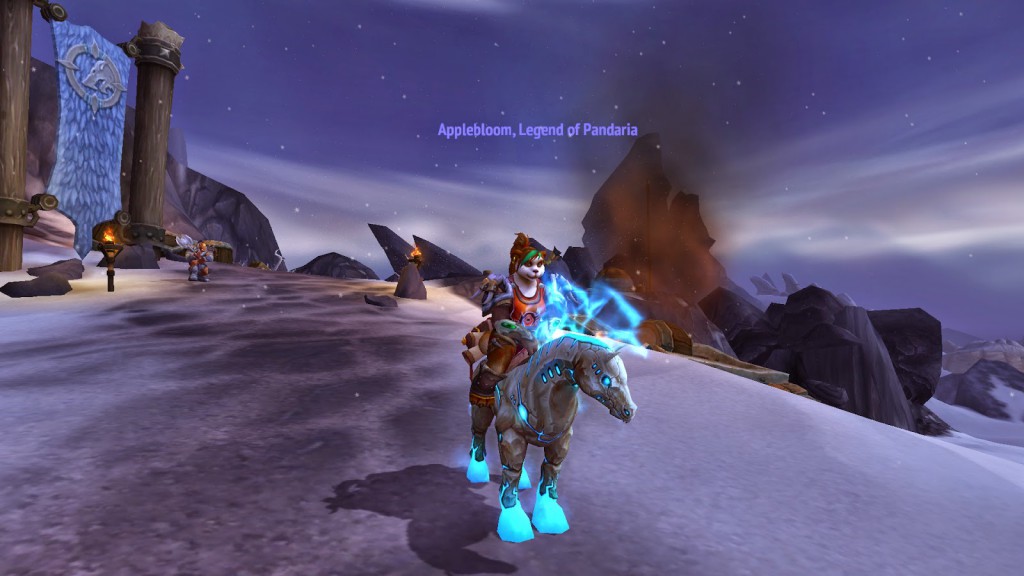 I can still get away with dedicating to two characters right now, simply because I’m unemployed with way too much time to spend. I picked the Monk because I have always liked the class, but never really got around to play it seriously. It also more or less satisfies my inner need to be able to play anything. On my Monk I’m a Windwalker (melee dps) and I will probably get Brewmaster (tank) offspec along the way. On my Priest I am Shadow with a Holy offspec. That way I have all roles covered in the confinements of two characters.
Unlike the Priest though, who I have been working on since expansion start, the monk is severely behind on all fronts. She only dinged 100 last week and I have been trying to gear her up and sort my garrison at the same time. I can tell you, it’s not working out very well! Only when you more or less have to start over do you realize how much work a Garrison actually takes. How long it takes to level and gear your followers, especially now with patch 6.1, and how long it takes to get all the buildings to the upgrade level you want. It feels a bit overwhelming here and there so I still prefer to spend time on my Priest over my Monk, simply because I have less to do there. But yeah, those are the two classes I play on WoW right now. I hope I can keep it to these two, playing less characters frees up more time for other stuff. Like playing FFXIV and Wildstar. Yeah. Even more MMO’s. Crazy Sandrian!