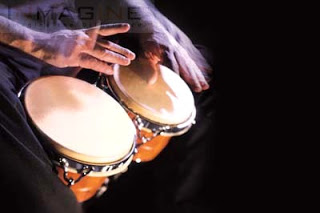 I’m trying to find a new rythm that works for me blogging wise. I’ve figured out that when I postpone my blogging to after dinner I’m often either too tired to blog or I’m being taken up by some sort of game that will last untill I go to bed… Prompting me to forget to blog again.
So today I’ve decided to take the 30 minute window I have untill dinner is ready to blog instead. Seeing as I type fast and I usually know what I want to blog about in advance this should give me plenty of time to put out a post AND make sense.

Evaluating August
First off I want to start with evaluating August as a gaming month for me. I have set some goals and I have attained a few of them:

The goals I didn’t attain:
Project Heroes
I really want to prioritize this project in September. I want to finish up my 100 games on Valla (I’m somewhere around 15 at the moment) and pick up a new champion to master. It will probably be Kharazim, but I’m not 100% sure. For now I will probably make friday night my Heroes night since I have other obligations during the other evenings of the week. Other than that I foresee my schedule getting a bit more room the coming few weeks so I will have a bit more time to play Heroes overall.
Blogging involvement
Another thing I want to try to do is read more blogs. I’ve really only got 3 on my Feedly at the moment and click on a few posts here and there that interest me, but I would like to get more involved into the blog-o-sphere. There are a fantastic bunch of people involved there and I would really like to be a part of it more than I have been so far. So I will probably be more active on Anook, Twitter and Player.me
As for now I’m wiping my to-do list clean and starting over for September. On which I will post more tomorrow.