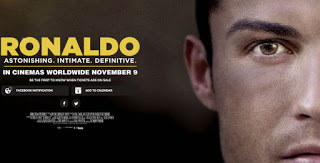 I have (had) a lot of hobbies and passions over my short 26 years on this earth. I’ve grown up being a gymnast and a dancer and kept doing that untill I was about sixteen years old. I’ve tried my hand at horseback riding, but decided it wasn’t really for me… Although it did wonders for correcting my gymnast posture which resulted in me actually not have the hollow back you normally see with girls who practiced gymnastics for most of their child and teenage years.
Gaming didn’t really enter my life untill I was about 18 years old. I had a console at home and a Game Boy, but I didn’t play them intensively and saw it more as entertainment for when I had nothign else to do.
I have always been an avid reader and I lost count on how many books I’ve read exactly. I love almost all genres… But especially autobiographies intrigue me.

Being Dutch however there is one thing you inevitably come across when growing up, even as girl, and that is football. I grew up with a family who were mostly born and raised in Amsterdam and that almost automatically means you’re a fan of AFC Ajax. I had some very enthusiast cousins and growing up around men mostly I quickly caught the football virus. We used to have the channel that showed a lot of the games in the Dutch League and a lot of my sundays were spent watching Ajax play anyone. 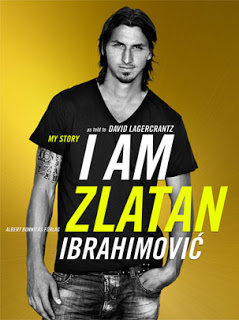 The football fever in this country when there is a World or European Cup is almost unprecedented and I first got to experience it in 1998 when the Dutch national team made it to the World Cup semi-finals vs Brazil. I was only 9 years old at the time and the game was very long. One and a half hours of regular time… Another thirty minutes of extra time… Only to finish up with penalty shooting. We lost in the end and I don’t actually really remember much of it. Mostly that it was my first real impression with football like that and that I got to stay up way past my bedtime for it.

Fast forward to the present and I am still a big football fan. I still cheer for Ajax and the Dutch national team, and although they are both not performing very well right now they will always have my heart. Next to this I like to follow individual players and some teams abroad aswell. I’ve been a huge Zlatan Ibrahimovic fan ever since he played for Ajax and tracked his progress through Europe. For me he’s a very strong, very smart player. He is a leader in any team he joins and is able to single handedly pull teams together and push them towards championships or qualifications. His latest achievement? Making sure Sweden qualified for the upcoming European Cup by scoring all the goals they needed and carrying the team through all the games. Jokingly people say that it’s not Sweden who goes to the European Cup but it’s Zlatan… And I guess this is partly true. I have his biography lying here at home and to get a glimpse into the mind of a man who I admire has been awesome. There will also be a documentary coming out about him in a while and I’m certain to watch that one aswell. But for all the successes he has had, there have also been a lot of struggles. And it’s really interesting to watch the good and the bad.

Which brings me to the picture at the top of my post. I honed my skills as pirate of the digital seas and managed to get my hands on a version of Cristiano Ronaldo’s recently launched documentary. Ronaldo, like Zlatan and Messi, is probably one of the best players of this generation. Although he might come across as arrogant and vain there is no doubt in my mind that he works hard for everything he has achieved so far. Something the documentary only confirmed. Being an unwanted child (his mother contemplated abortion) and growing up to become one of the best players of our generation almost sounds like a fairytale come true. But ofcourse everything has it’s downsides. A normal life? No chance. He can’t go out of his house without people wanting something from him, even if he’s walking around with his 5 year old son and obviously wants to be left alone. This man lives and breathes football and has given up much and more than you and I ever will to achieve the success he has today. Friends are scarce in that world and trusting anyone is a risk. Not to mention all the physical pain he has to endure and work through which comes with being a footballer in the first place.
Watching that documentary only renewed my respect for him and players like him AND reminded me why I became a football fan in the first place. Ofcourse I hope that one day Ajax will have a star like that for their team aswell, but for now I’m gonna enjoy the few more years that Messi, Ronaldo and Zlatan are around to make football an even more beautiful sport than it already is.

2 thoughts on “My Other Passion”