Hello everyone and welcome to my brand new website!

I’ve spent quite some time fiddling around with my blog, and I’m not quite done yet… But I finally found the right plugin that would transfer over all the content from my Blogger blog. So there’s that. I’m still fiddling around with my theme and widgets. I’m superhappy I can finally use the Warcraft one, although it hasn’t been updated in ages… As the rest of the week passes I think I will add more stuff to my blog, especially to the sidebar. Keep an eye out for my social media buttons, I will be way more active on Twitter and Instagram aswell as getting active again on Anook and maybe Player.me. 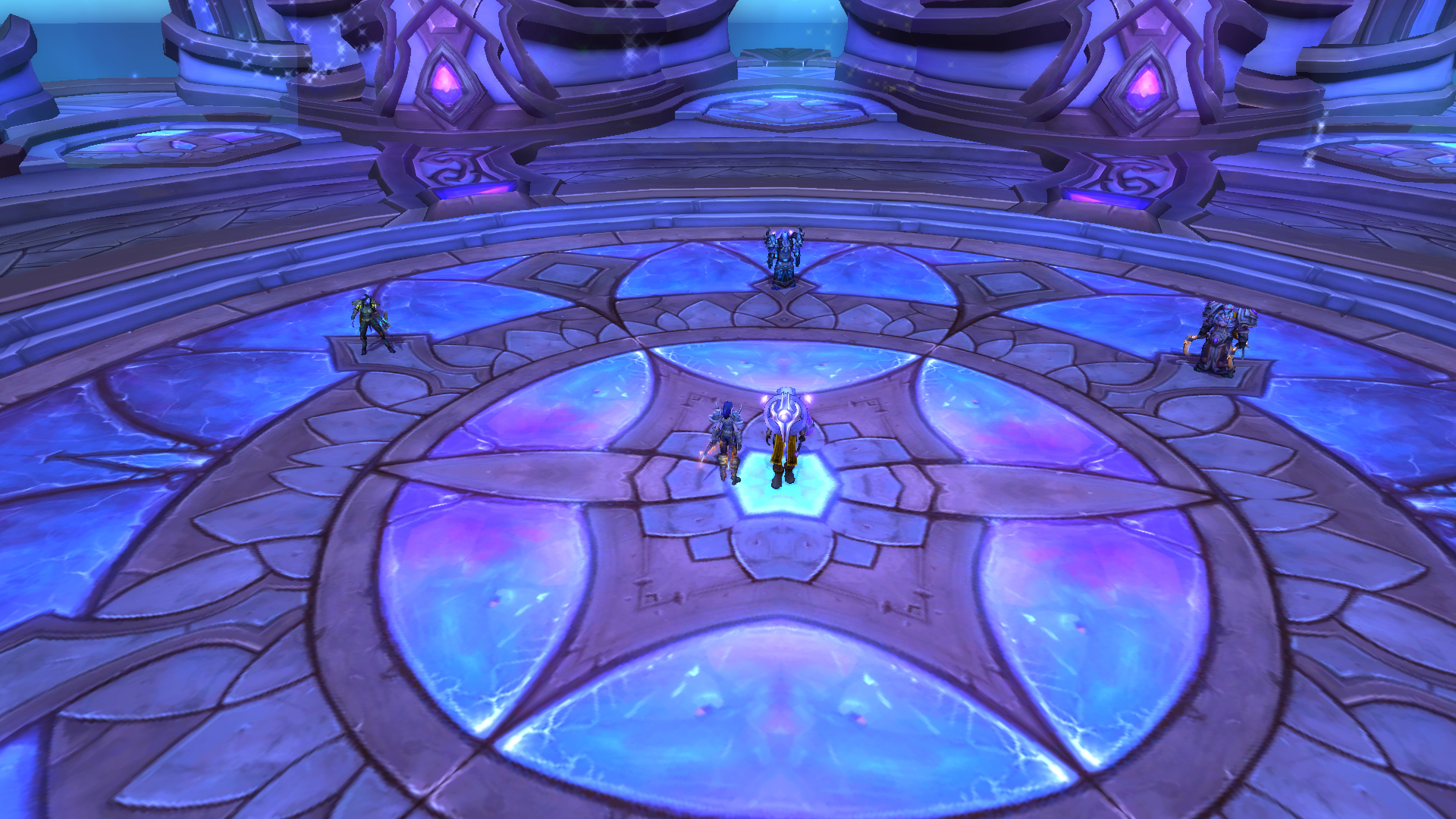 The makings of a new Exarch!

Warrior Times
I’ve been poking my nose into WoW quite actively again for the last few weeks, mostly focussing on Sandrian, the Warrior. I’ve had a ton of quests still lying around, so I’m slowly working my way through them. I finished off the Garisson Campaign quests for Tanaan and am currently working my way through the original questline for that aswell. I helped Yrel become an Exarch this morning. I forgot about that little quest and I was surprised by how much I enjoyed doing it again. Blizzard has made some awesome lore bits and pieces in this expansion… Too bad it didn’t save the expansion as a whole.
For now the plans remain to finish off the quests I still have and start working towards completing achievements. I’m also almost on the final stage of my Legendary Ring, so it would be a shame not to push for that either.
All in all I seem to be able to play casually and still have some fun while doing so. My guild has ceased raiding after they killed Archimonde HC again on monday evening, people couldn’t be bothered to show up anymore, myself included. The only thing I would still like to do that is raiding related is to get the raiding achievements done. I hope I can find or make a PuG for this myself, but that’s something to worry about later.

Toes and FFXIV Woes
As I’m writing this my toe is actually healing quite well. I got to take the bandage off last night, and even though it was partly stuck which caused my wound to reopen a bit again… It’s been healing up nicely. I barely have pain at all anymore, except when I try to walk on it like I would do normally. It looks like when I just stay clear of putting pressure on my foot I’m mostly fine, so that’s what I’m doing. I have a “pajama vacation” and am just sitting around in my pajama’s and a bath robe, gaming all day. It’s a really nice break from work, although being sick means I won’t get paid for this week… Which does kind of suck.
In FFXIV I feel like I’ve been hitting a bit of a brick wall. I’ve been farming hard for my Dragoon Zeta yesterday afternoon and am now on 4/12 Mahatma’s completed. It’s not really a hard grind, it just requires some patience… Which I obviously don’t have. If I can focus enough I do about 2 Mahatma’s per hour, which means I have 4 hours of farming to go still. I really want to finish it off this week, and if I can just motivate myself to keep on running Garuda and Shiva HM I’m sure I’ll get it done in no time. It’s just the motivating part that’s hard… I’m not having an easy time just getting absorbed by the game anymore, like I used to, and although I have a huge list of things I want to achieve… Actually doing all of that has become much more of a chore than I thought it would be. I’m still determined to see it through though. I just need to get out of this little slump I’ve been finding myself in after I dinged my Ninja 60…

As far as my new website goes. If you have any feedback, please tell me! So far I’m happy with the theme since it’s quite clean. I just need to decide on a proper background picture to go with it… And most likely look at a new header picture.
This also means that my old Blogspot address will no longer get updated with posts! So if you have me in your RSS feed, change it to this website, or you will be left wondering why I won’t be updating my blog anymore.