I delved into the Astrologian storyline today. Although I picked up the class fairly early after the launch of Heavensward I never really did decide to level it… Untill now.
Healer wise, Astrologian is a lot of fun. It combines the best of the direct healing from White Mage and adds an interesting twist to the mix in the form of buff cards. I know there is also a Shield or Regen stance (I only unlocked the Regen stance for now) which gives you even more options to play the way you like.

The gist of the Astrologian quests is quite simple. After you rescue Lady Leveva and her grandfather, you are the new super Astrologian that the cards had foretold. From there on your journey begins to open “gates” in the heavens. In the level 40 quest you open the 4th gate: The Arrow. 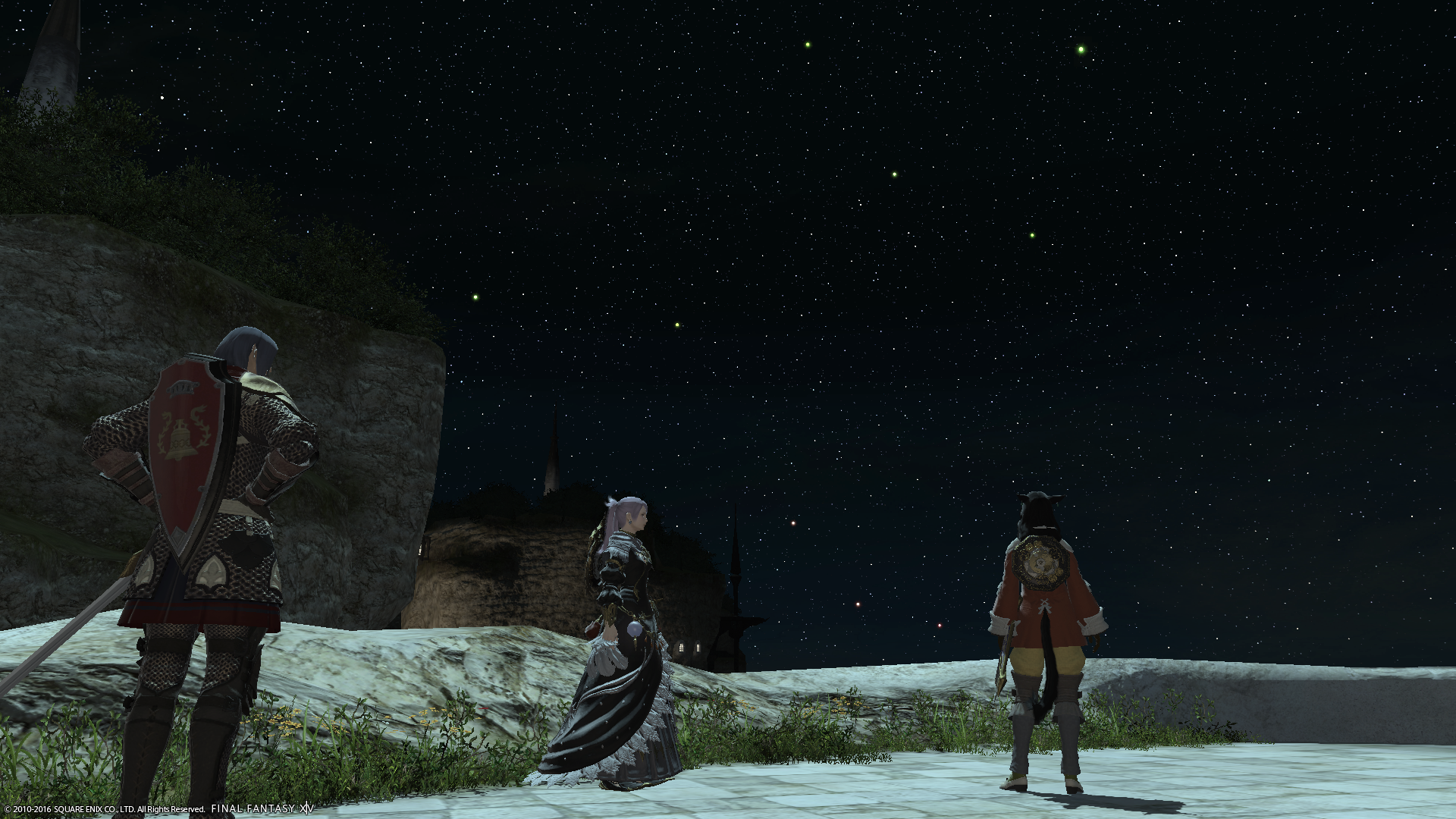 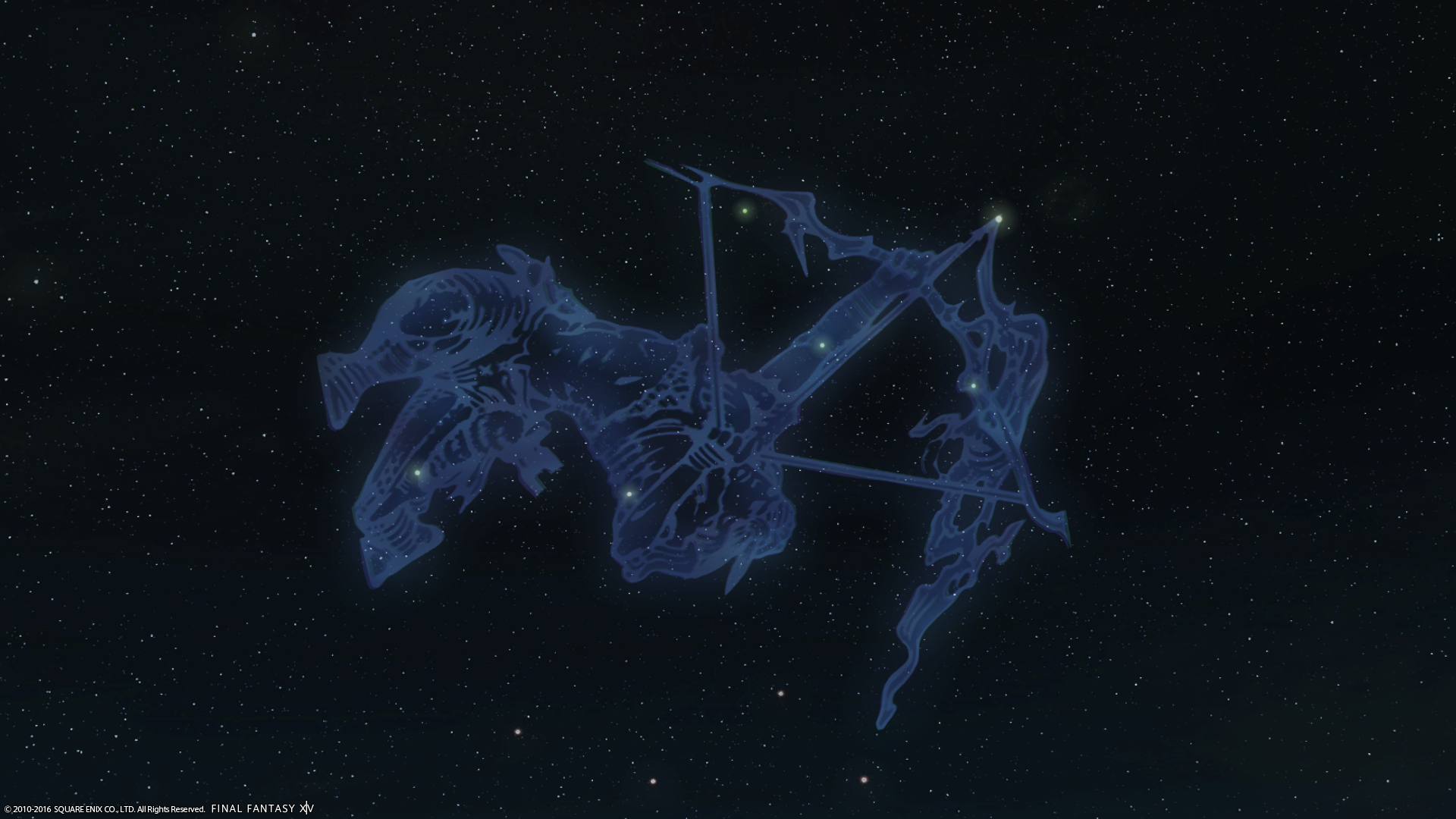 But not everything is as easy as it looks. Lady Leveva is being chased by bandits, whose motives are unknown. Meanwhile you have to deal with Jannequinard, a fellow Astrologian who seems to be busier with sucking up to the elite in Ishgard and living a comfortable life, than actually practising his Astrologian skills. I don’t like this figure. The game is making a very big effort to make it seem that he is involved somehow with the attacks on Lady Leveva. I’m pretty sure he is behind them anyway, mostly because he is seen as an incompetent Astrologian and probably feels that his luxury life is threatened.

All in all the quests aren’t too hard and I do like what Square Enix has done with the questline. The representations of the different cards you use (which correspond to the six gates in the heavens) are all very pretty and I’m quite curious how things will go from here. Next quest is only on level 45 though, so I still have a few levels to go (sitting on 41 right now).

Valentine oh Valentine
Unfortunately I’m sad and single and didn’t get to celebrate Valentine’s day. I spent most of the day just doing chores around the house and gaming a bit. Although I feel like the day is very commercialized, it just reminds me that I’ve been single again for a while, and I do miss someone to share my life with. Although I’m not really actively searching for a partner… I just mostly miss the cuddles right now.
I succesfully completed the Valentione event in FFXIV on both my Moogle and Cactuar characters atleast, so that’s a thing. I found the rewards to be a bit lackluster this year. Not counting the furniture you need to buy it’s only two types of earrings and a hat.

For now though I have a really busy week to look ahead to at work, so I need to get my sleep schedule down to not feel like a zombie. I hope I can get some game time in, but I foresee atleast one day where I’ll just be too tired to do anything… Let’s hope it won’t disturb my daily routines too much.