Ingame I’m often known for my collections. I like collecting things. Be it gear sets, mounts, pets, weapons or achievements, I always want to get the most things out of everyone. The same goes for collecting Platinum Trophies and temporary items. This has led me to a very big collection of mounts and pets in WoW and I’m aiming to get all mounts available in FFXIV aswell.

Next to ingame collecting I like collecting stuff in real life aswell. I like looking at my shelf full of physical game copies, my books and my various plushies and statues. I mostly enjoy Blizzard related things, I really love their franchise, but I also have some League of Legends statues here and there. My plushies are mostly from the Final Fantasy franchise though but equally loved.
Yesterday I went to pick up Splatoon 2 for my Switch and at the store they had “Cute but Deadly” mystery figurines. These figurines come from the Blizzard world and were picked from Diablo 3, Overwatch, World of Warcraft and Starcraft. There were 12 different ones to get, including two treasure Goblins that I’m pretty sure no one really wants to have. So I said, why not. I enjoy getting a collectible here and then, mostly because I really don’t have the room for more than a few right now. After that I went into town for a bit more untill my train departed and enjoyed walking in the sun and letting the workweek slip away from my conciousness.

So after I came home from shopping my haul looked something like this: 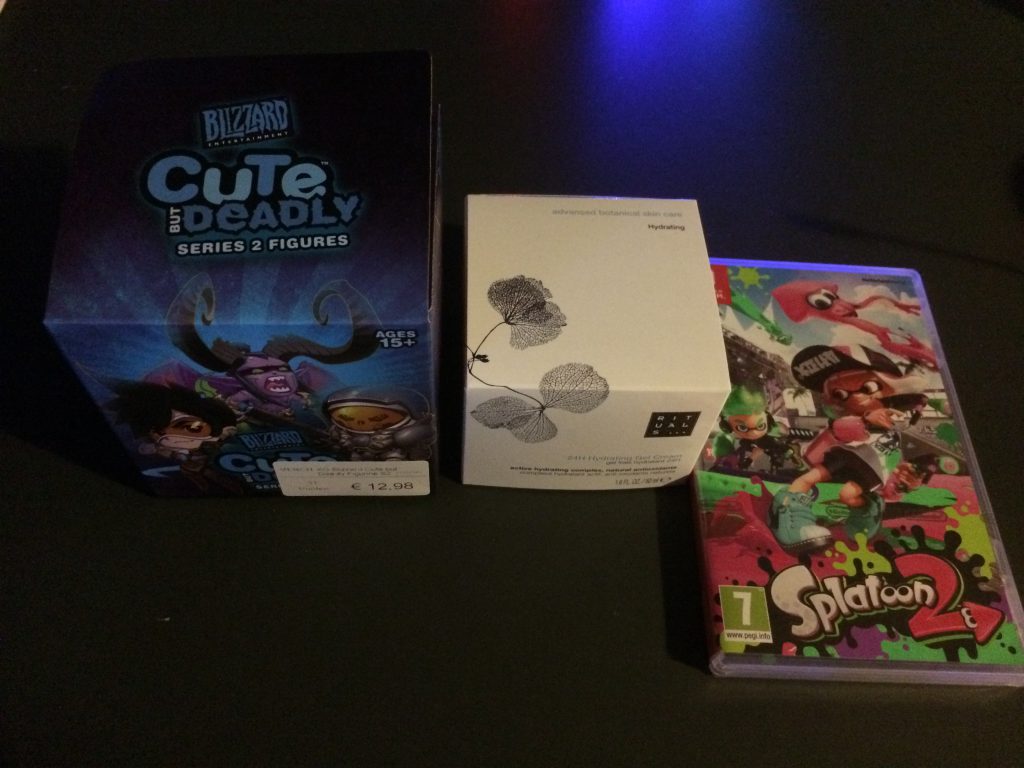 I bought a daycream aswell since I have very problematic skin and I had tried almost every cheaper brand of cream in existence. Rituals is more expensive as a brand, but has less artifical ingredients and a bit more natural ones that agree with my skin better. So far I’m quite pleased with the stuff and I hope it will last me a while. As you can see I opted to get Splatoon physical due to liking to collect and wanting to support my usual Game store.
Lastly there is the cute but deadly box. What was in it? 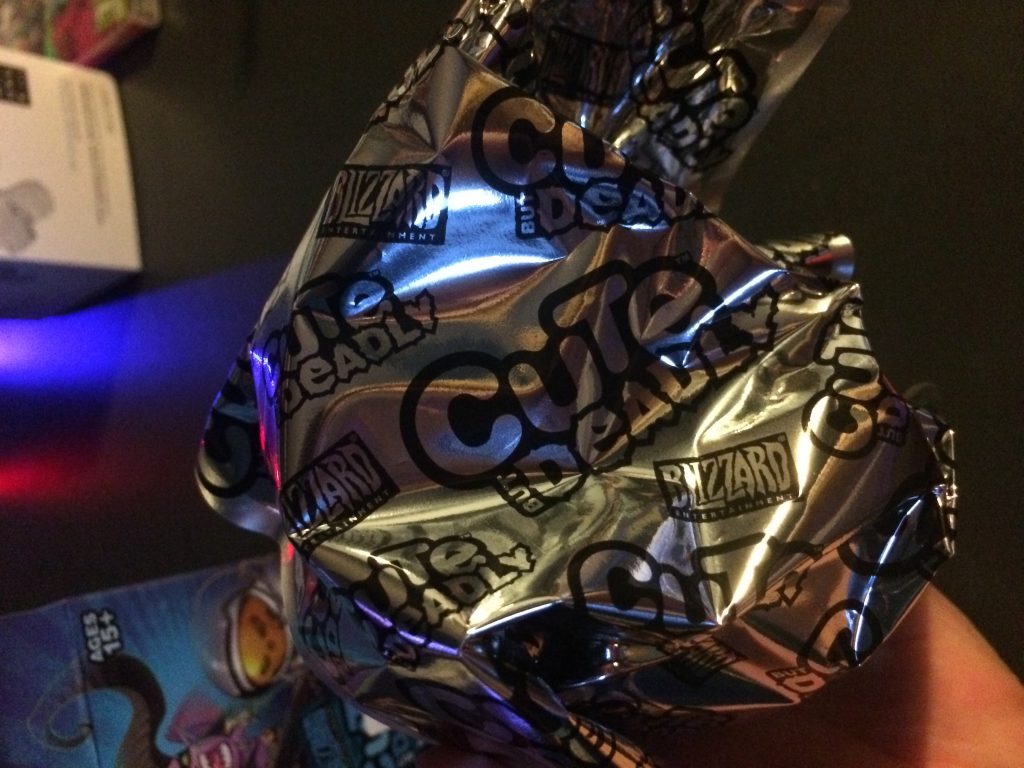 The silvery cellofane didn’t give away much. I could feel the shape of the figurine inside though and it didn’t feel like a treasure goblin. Which was the figurine I wanted to avoid. 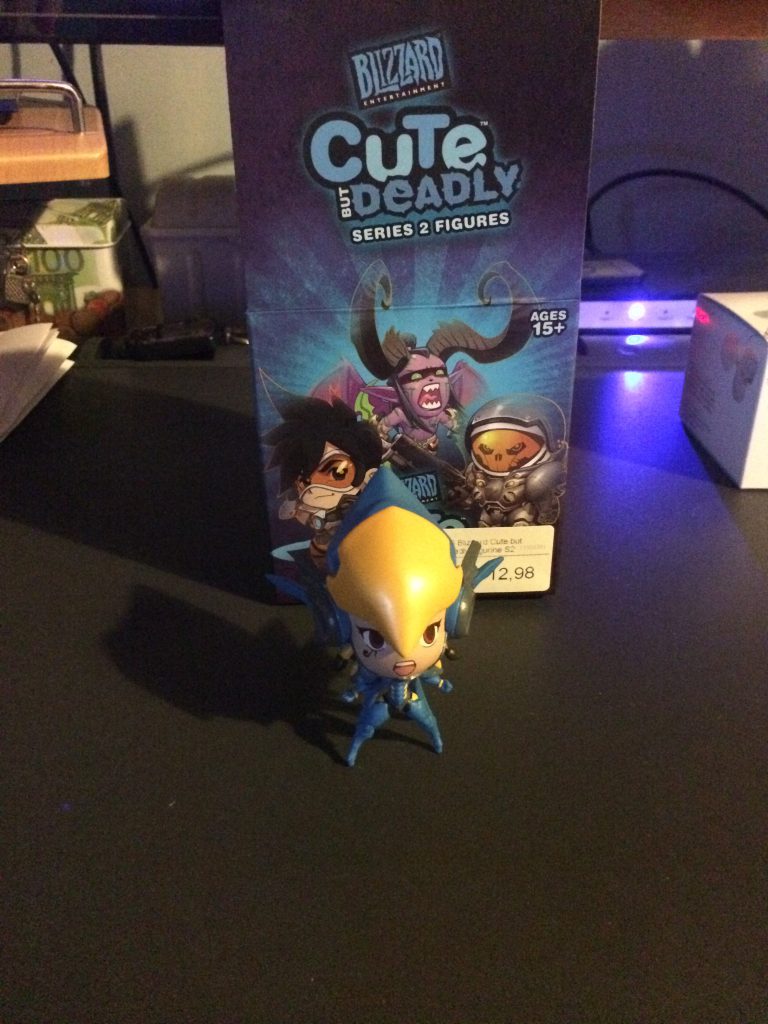 It ended up being Pharah. Not the figurine I necessarily wanted (I could get Tyrande, Tracer or Nova) but also not one of the ones I desperatly tried to avoid (I’m looking at you Treasure Goblin). All in all I was happy with the end result. You never really know what comes in these mystery packages and they’re quite rare as it is here in the Netherlands. I was quite excited that my usual shop had ordered a box of these things and I hope that they will still have them when I get there next time.

For now I’m going to spend most of my evening playing FFXIV while my Switch charges and then dive into Splatoon 2 tomorrow and learn to be the freshest Squid in the city.