2017 has been a very odd year for me. I finally (finally!) finished off my Masther’s Thesis and have my Master’s degree. I bought a house, that I can move to in 2019, and I’ve spent most of my year feeling awful thanks to a sudden flare of asthma. I’m still working the same job but I’ve seen a lot of my friends at work being forced to leave due to to downsizing. I’m still single but I’m quite at peace with it right now. I made some new friends, lost some old and gave my very best friend a Playstation for her birthday, because I could.

Games wise it was the year that I picked up the Switch, started to raid in FFXIV again thanks to Stormblood and a new FC and where I quit WoW for a longer period of time than I ever had before, only to pick it up again in the last few weeks of the year. I’ve picked up a lot of new games but sadly didn’t finish many off with exception to Super Mario Odyssey and Pokémon Moon.

I’ve started reading books again, I’ve been watching more Netflix to get the bang for my buck and I’ve taken it upon myself to clean out all the stuff from the attic we don’t want anymore. These have all been big projects and I’m sure I’ll continue them into 2018.

I keep making the wish that I do things differently in the new year. I guess the one New Year’s resolution I have is to lose weight, because I’ve really come to a critical point and it’s something that’s eating away at me very much. Games wise I know that I probably won’t buy too much next year. Mostly because I want to put all my money into my house and I have such a huge backlog that I should be fine playing for years to come.

I’ve not really set goals at the start of the year for myself but I would like to highlight some of the things I’ve accomplished in games the past year:

These are some of the things I’ve done that I’m semi proud off. I’ve never had this many classes at max level during a FFXIV expansion and I’m fully working towards getting everything to 70 before the next expansion hits. In WoW I’m planning to get all the class hall mounts, even though this means I will have to put in a considerable amount of time leveling/gearing/questing on a ton of classes. So far I’ve only obtained the Hunter and Warrior class mount and the next one I’m going to be working on will be the Paladin one. After that I’ll see.
Destiny 2 was a big letdown in the list. It didn’t manage to capture me at all. I did buy the expansion pass though and I do plan to go back at some point, but not sure yet when.
As for single player games… I feel like I need to stop buying and start actually playing. I’ve bought enough over the past year and even though I said to myself that I would play them I never did. The first big game on my list is Xenoblade Chronicles 2 which I’ve been playing since the start of December. It’s a huge game but I really want to finish it and set an example for myself that I CAN play these long games and enjoy them.

Right now though I want to focus on games for the last two days of the year. I predict a massive amount of Xenoblade Chronicles 2, some FFXIV and some WoW to keep me occupied during the end of the year.
As bonus, here’s my Paladin getting her “upgraded” Ashbringer! 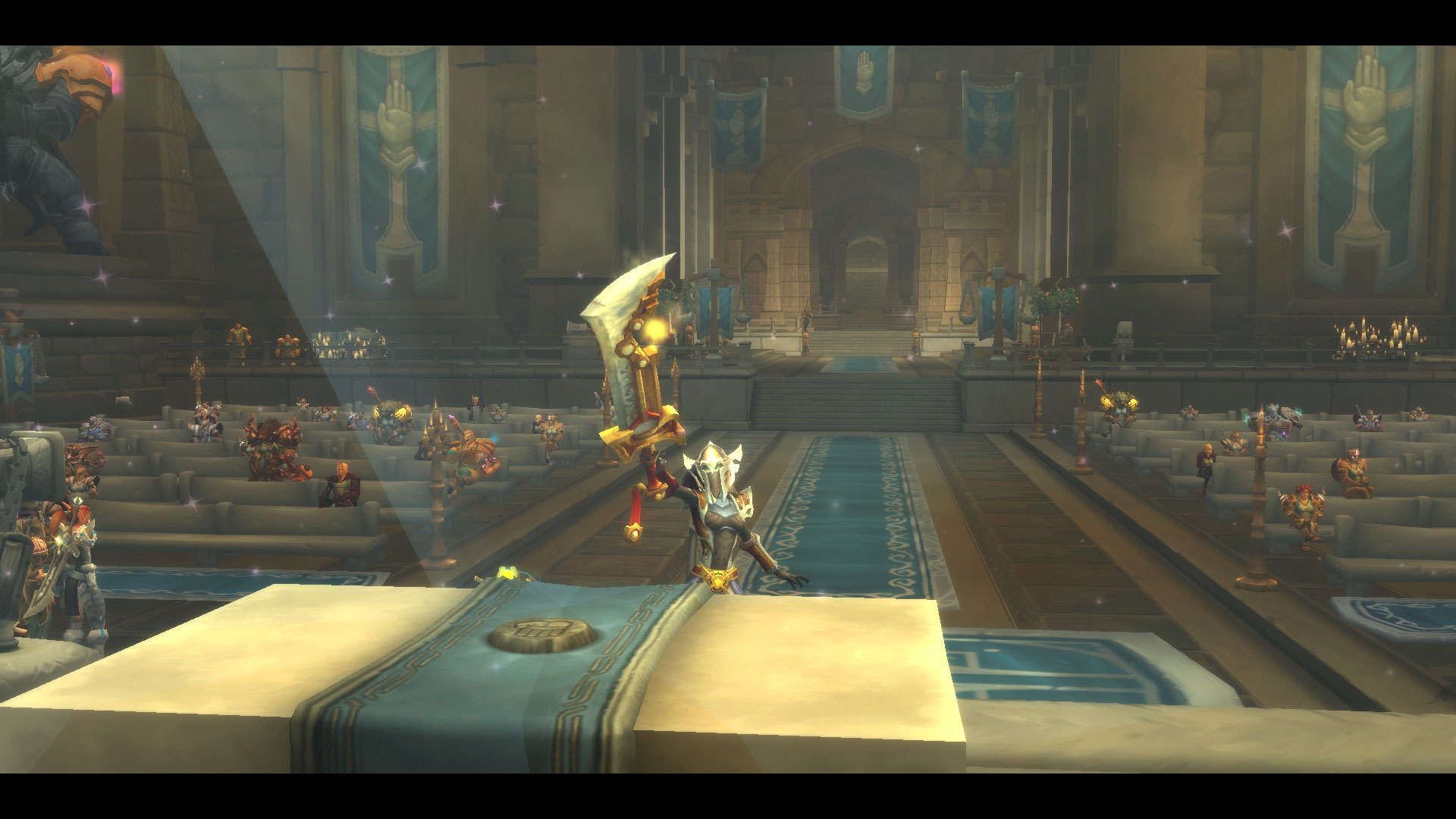