Normally I’m so dead on Friday evenings that the only thing I want to do is lie down and sleep, doesn’t matter if it’s only 19.00. Today though I have a bit more energy and I would want to churn out a post because it’s been a bit of an odd week for me this week.

First off we’ve been dealing with a serious cold front coming in from the East that has basically made going outside a very painful chore. With temperatures dropping to -8 degrees Celsius (which is about 17 degrees Fahrenheit for my US friends) during the day, and the wind making it feel like -18 instead it was really no fun having to step outside. I had to conquer the cold for work and some hospital visits aswell but ideally I tried to stay inside as much as I could. I’m really not built for this weather and I notice it impacting my mood a lot, making me very grumpy and mostly in the mood to just lie down in bed and be warm.
I guess you never really appreciate having a mild climate untill the moment it’s taken from you and you have to deal with temperatures you’ve not really experienced since early childhood. I guess the one thing I can be thankful for is that we’re not stuck with a ton of snow, something the UK is dealing with right now.

You would think having this horrible weather outside would be an amazing excuse to spend some time in games but I’ve not really felt the gaming groove that much this week. Maybe it’s because of feeling cold almost the entire day or maybe it’s because my mind has mostly been with University and work stuff but I just couldn’t get myself to sit down and game. I did however pick up some new game related stuff that I’d like to share a bit of here. 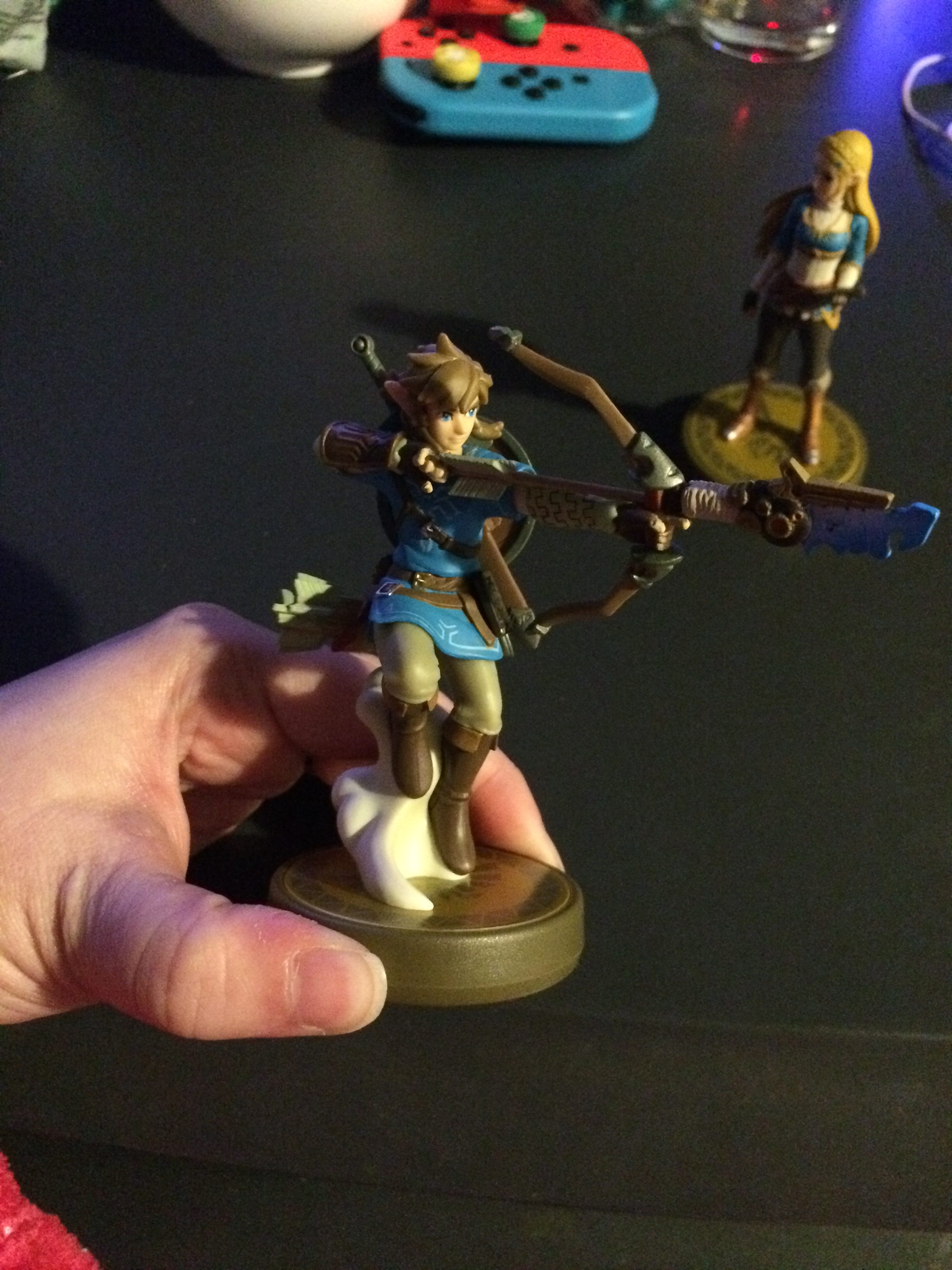 I enjoy collecting things. Be it games, books or collectibles, I enjoy when something is well made and looks good on my shelves. Even though I know I shouldn’t by as much dust collecting stuff I still can’t seem to control my impulse buying, expecially when it comes to stuff that doesn’t only look good as decoration but also serves a purpose for games. I have an enormous Disney Infnity figurines collection and I was immensly sad when Disney decided to pull the plug from that franchise. However I found a new love in Nintendo Amiibos and am slowly growing my collection. The two newest additions are some of the newer Breath of the Wild Amiibo and I’m just amazed by the detail that Nintendo has put into making these. The archer Link looks absolutely amazingly detailed and the Zelda is probably the only real iteration of Zelda that I can really appreciate.
I didn’t actually intend to buy these guys when I went to my regular Game shop this week. I was just heading there to pick up the codes that would allow me to download Palkia and Dialga on my Pokémon Moon and Ultrasun games respectively. The sales rep was minding his own business untill he suddenly mentioned he had some Zelda amiibos lying around that he had ordered for himself but decided to cancel. Knowing that they would sell fast he offered them to me first and after one look at them I was absolutely sold. I think this line of amiibos in general are the best ones made so far and I don’t regret buying them whatsoever. What they exactly unlock ingame is not really clear to me. It looks like equipment and some consumables but I didn’t really buy them because of that anyway.
I do hope that they’ll get some sort of use outside Breath of the Wild but only time will tell on that one.

Even though I’ve not really been in a gaming vibe over the past week I do hope to make some progress in WoW and FFXIV over the weekend. I’d love to knock out some levels on various characters and classes and feel like I’m slowly ticking of goals. Especially with Battle for Azeroth inching closer there is a lot of stuff I still want to do. I hope I can. But we’ll see. For now I’m going to focus on getting through the weekend, play hopefully some games, get some exercise in and clean my room again because somehow during the week it just becomes an enormous mess.