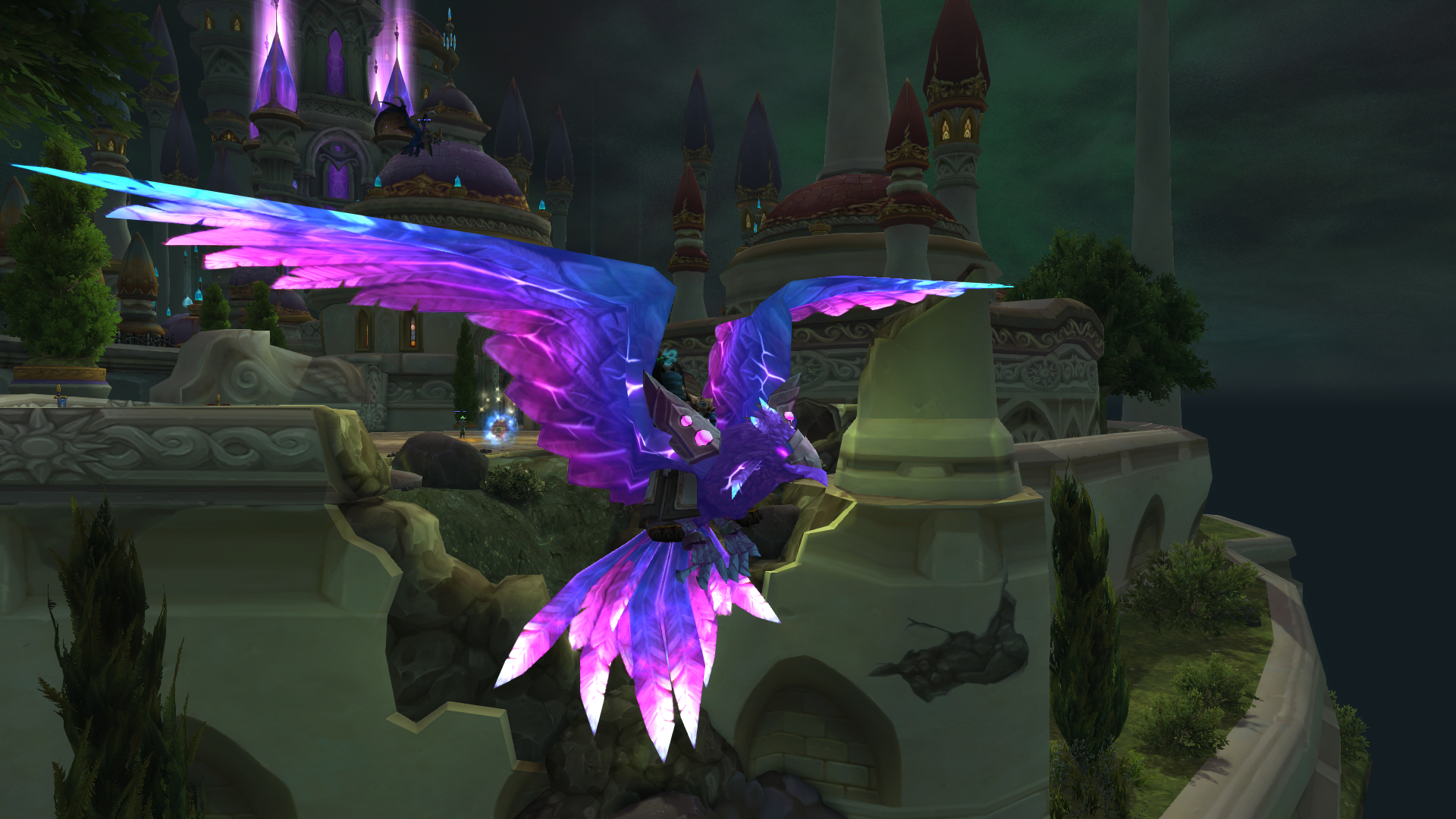 Seeing as I’m taking the time to deep clean my room this week I figured I would dust off the blog aswell.
I’ve had a rather busy month last month. A lot of IRL stuff has happened. I said goodbye to one of my coworkers who has gone on maternity leave and to our interim manager who unfortunately had to leave us due to not getting a permanent contract. I’ve also transitioned into a new position at work, one I’ve been wanting to do for quite a while, and found myself immensly tired after being trained for two weeks. This week however I have a week off and I’m hoping to spend it reading books, playing games and continuing to get rid of stuff on our attic. Hayfever has kicked in immensly and the tons of dust that seem to nestle itself everywhere in my room has made me sneeze more than I want to admit but it’s nice to have a truly clean room again, even though I know it will only last for a week or two.

Next to the IRL business I’ve also spent a lot of time playing games, or more specifically a game: World of Warcraft. I have set a goal for myself to obtain as much of the Artifact skins as I possibly can before BfA launches, with a special focus on the Mage Tower ones. I really want to get atleast all the Warrior, Monk, Paladin and Priest skins and will probably take a jab at Hunter aswell for atleast Beast Mastery and Marksmanship. I feel the Mage Tower challenges are not that hard to do but having to gear all my characters to be able to do them takes a lot of time and I rather focus on the classes I actually play over the ones I levelled up just to experience the stories.
Speaking of that, I only have the Rogue left to level. My latest toon, the DK, has gotten to 110 and I’ve finished her class campaign. I hated it (SPOILERS AHEAD). I feel like a Lich King slave all over again, especially when I was basically forced to annihilate the Silver Hand just to attempt to resurrect Tirion Fordring. I don’t feel comfortable at all making more Death Knights and I certainly don’t appreciate the telepathic link the Lich King seems to have permanently instated in my head again. Out of all the class campaigns I’ve done so far I’ve liked this one the least purely because of the story. I know it’s strong storywriting on Blizzard’s account otherwise I wouldn’t have these strong feelings about it. And even though I hated how the story played out I’m curious to see what ramifications my actions had and how things will go in the future for the Knights of the Ebon Blade and the Lich King himself.

Another goal I had on my list was to get the “Ahead of the Curve” achievement before BfA hits. I think the mount is super pretty and I would be sad to not have it. I have gotten every Ahead of the Curve achievement since it was instated in Warlords of Draenor except for the Kil’Jaeden one. So last Friday one of my best friends arranged for me and him to join an Antorus HC group. I was the lowest geared of everyone and didn’t have my Curve achiev but I think I did pretty well. I had minimum deaths and my DPS wasn’t super bad. All in all the run took about two hours after which I had my achievement, and my mount, and feel like I don’t have to do this raid anymore at all, which is a relief all on it’s own. My next big achievement is to get M+15 done. I’ve pushed up to +11 so far on my Monk and I’m confident I can get +15 done if I get a bit more gear. 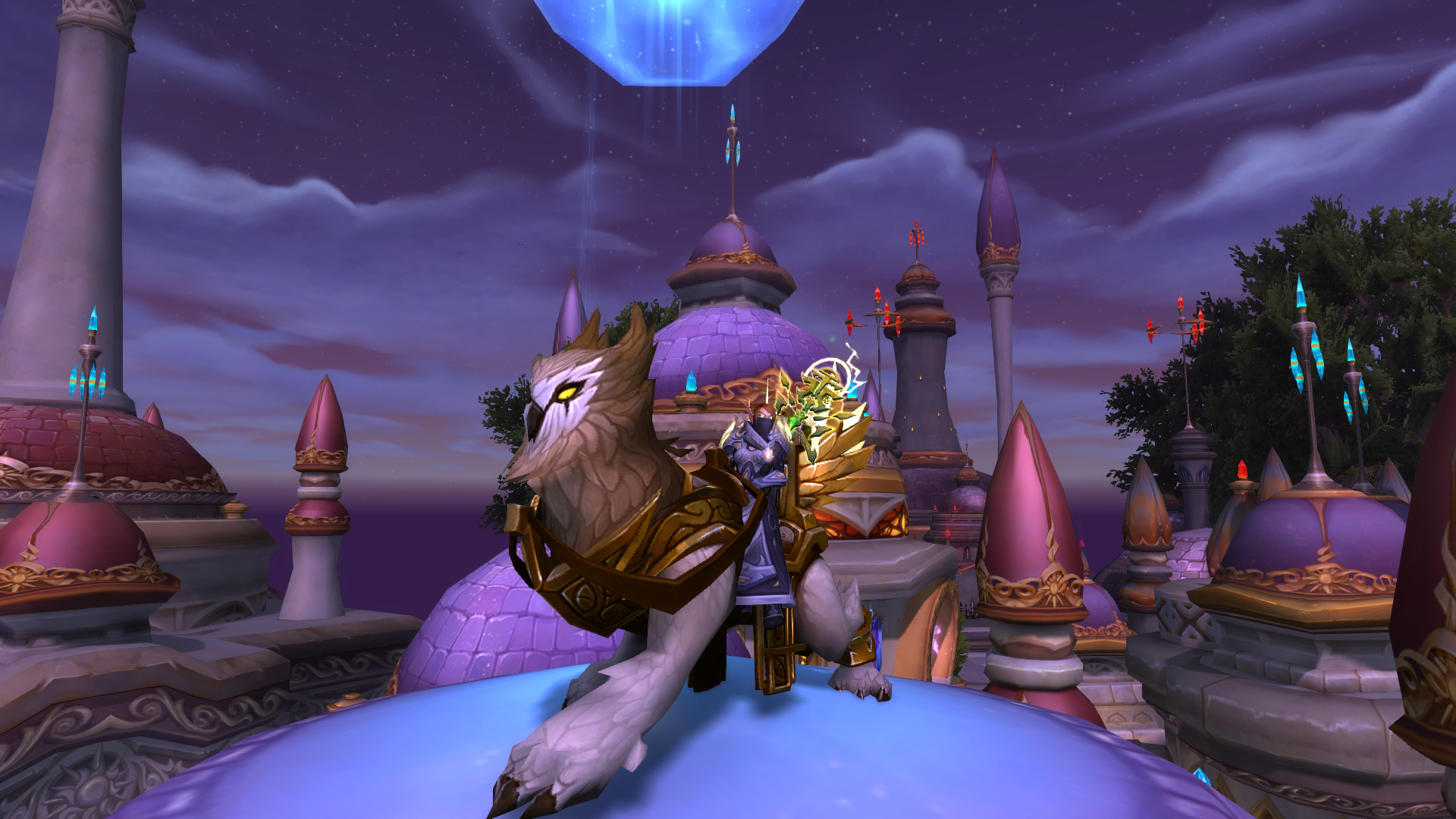 For now though I’m slowly ticking off goals of my list as BfA draws nearer. I’m slowly obtaining all my Class Hall mounts, working on the Field Medic achievement, gearing up to take on Mage Tower challenges and hunting Hidden Skins. It’s keeping me busy and I’m happy playing with my own goals set in mind. I’ve also almost decided what class I will be rolling as new main in BfA. Unfortunately since my Alliance guild is dead and I don’t really enjoy playing with the majority of people there I’ve decided to roll Horde so I can play with friends over there. I’m currently leaning heavily towards rolling a Protection Paladin but am still undecided because I just love my Windwalker Monk so much that I can’t make the final decision yet. It will mean that I am moving away from my Warrior at the start of BfA but I intend to level her up fast aswell so I can see the Alliance story.

Even though WoW is consuming a lot of my time I’ve still found some time to tackle other things. I’ve started reading the Farseer Trilogy by Robin Hobb and am halfway through The Assassin’s Apprentice. I’m also finishing off The Man who Mistook his Wife for a Hat. Reading is a nice diversion from staring at a screen all day and seeing as I have about five books on my shelf that are still untouched I will be reading for a while to come.
I’ve also finally started my first serious playthrough of Ocarina of Time on my 3DS. I never had proper Nintendo consoles when I grew up, only handhelds, so I didn’t really experience any of the Zelda games. I bought Ocarina of Time when it became a select and now finally bit the bullet and started playing it. My first impressions are that it’s a rather confusing game which doesn’t give that many clues and the clues you do get are rather cryptic. I know there is a ton of side content to do in the various villages and I have been peeking into a walkthrough every now and then when I was really stuck but otherwise I’ve been trying to make it through on my own. OoT really is a game that wants you to explore and test and do a lot of things on your own so I’ve been wrecking every jar and box I’ve come across, headbutted every tree and talked to every dude in every village. I’ve made it to Dodongo Cave right now but I’m shivering when I think about what’s to come. I heard the Water Temple is legendary and notorious at the same time so I’m quite curious as to what it entails.
I’m also slowly advancing through Dragon Quest 8, for when I’m stuck and frustrated in Zelda, and completed my party by adding Angelo. I’m really enjoying the story, although the monsters are still very bizarre. I think I’m about 8 hours into the game where I know it’s about 80 hours or so long so I’ve barely begun to scratch the surface but still. It’s a nice game to fire up every now and then and play for an hour or two before putting it away again.

There’s more games I would like to focus on after I finish Zelda and/or Dragon Quest 8. I still have Persona 5 and Horizon Zero Dawn that I want to finish on my PS4 and Kirby: Star Allies on my Switch. For the time being though I only have one week off and not enough time in the world to do everything I would want. So I’ll see how far I come with my books and my games, aslong as I get to relax and be happy.