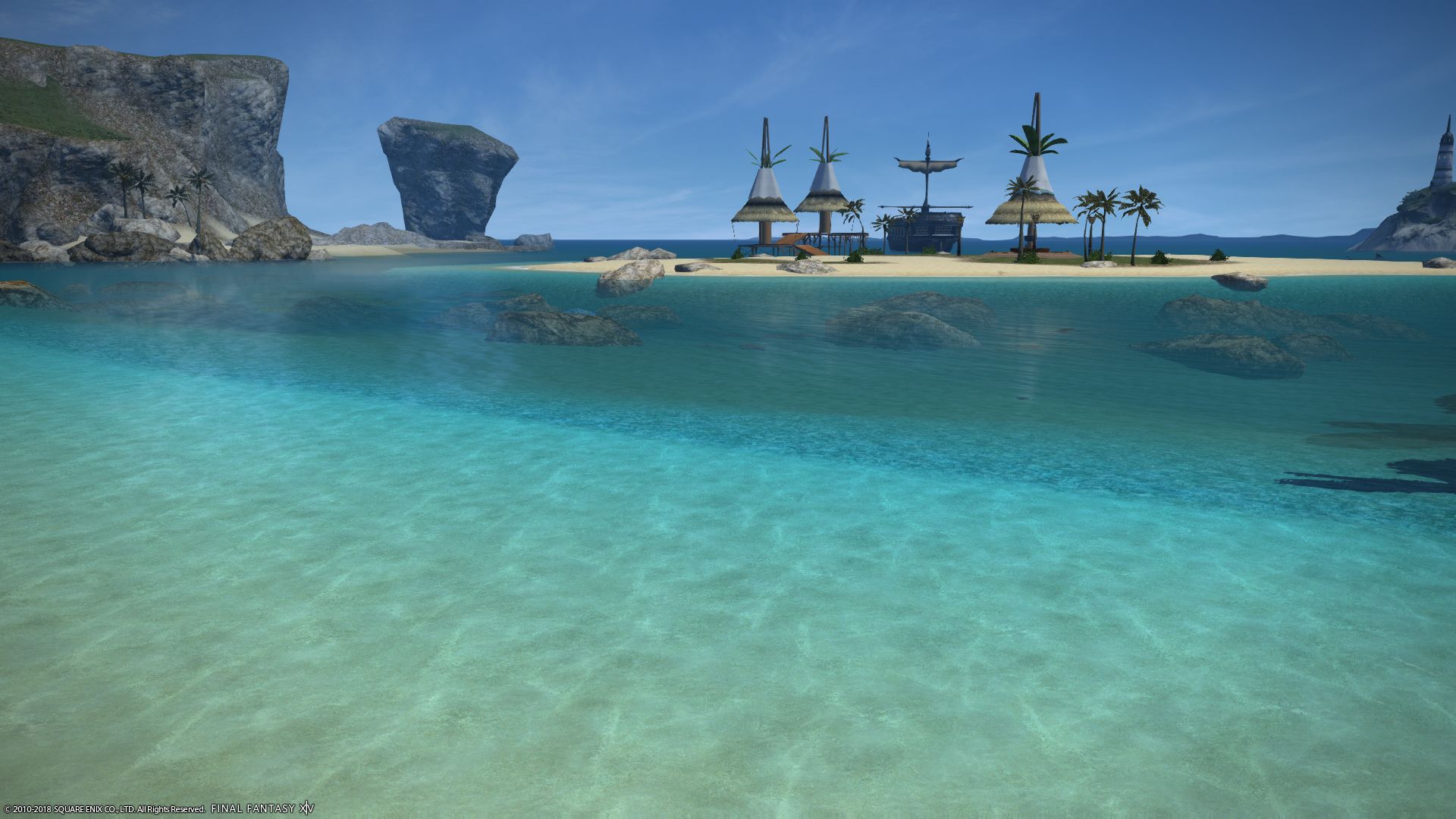 Completely unrelated screenshot but Costa Del Sol is by far my favourite zone in FFXIV so I figured I would feature that at the start of my post. There’s something about that azure blue sea and the beaches that makes me feel like I’m on vacation and that’s a feeling I desperately need right now.

We’ve arrived at the final day of Blaugust. At the start I set a goal to write a post every day. Unfortunately things didn’t really work out as I hoped they would and I end the month just a few posts short of the fabulous Rainbow badge. On one side it irks me. I would have loved to write a post everyday and I had enough material to do so aswell. I was planning to talk about Octopath Traveler and I had so much to say about the Battle for Azeroth launch while also still doing some stuff in FFXIV. However a valuable lesson I’ve learned over the past month is that as an adult you have to make choices. There is just no way I can do everything that I want with the limited time I have. I love to game and I love to talk about gaming but when work gets to be super stressful gaming comes second to trying to stay healthy. There have been many a night where I’ve fallen asleep before or after dinner as I was exhausted. Even as I’m writing this blog post with the semifinal of the EU League of Legends Summer championship in the background I’m battling sleep. I’m just not giving in because I know I’ll wake up around midnight feeling really bad and not being able to fall back asleep. So sometimes I chose to go to bed early and minimize my screen time. Sometimes I’d choose to stay up a little later so I could finish a blog post or something in a game, knowing that I would be a bit of a zombie the next day. It happens and it’s how life is when you have very long work weeks.

All in all I’ve found this Blaugust a very positive experience. Hanging with the “crowd” in Discord was fun and even though I didn’t really get to commenting on other people’s blogs I did add a few more to my Feedly to read, which is nice. I want to continue having a regular posting schedule, which basically boils down to more than once or twice a week, because I have so many things to write about still and I’ve noticed that writing on this blog more often just helps me clear my head aswell. Especially the more personal posts, even though they always seem to end up a bit on the rambly side, help me organise my thoughts and deal with things that I normally try to deal with on my own.

So with that this is my final post for Blaugust and I’ve already got an idea of what my first post of September will be. Luckily September starts tomorrow, which means I’ll actually be rested (yay for Saturdays!) and I’ll have time to write. It was a pleasure to participate and I hope you all enjoyed my posts.

2 thoughts on “The final day of Blaugust”