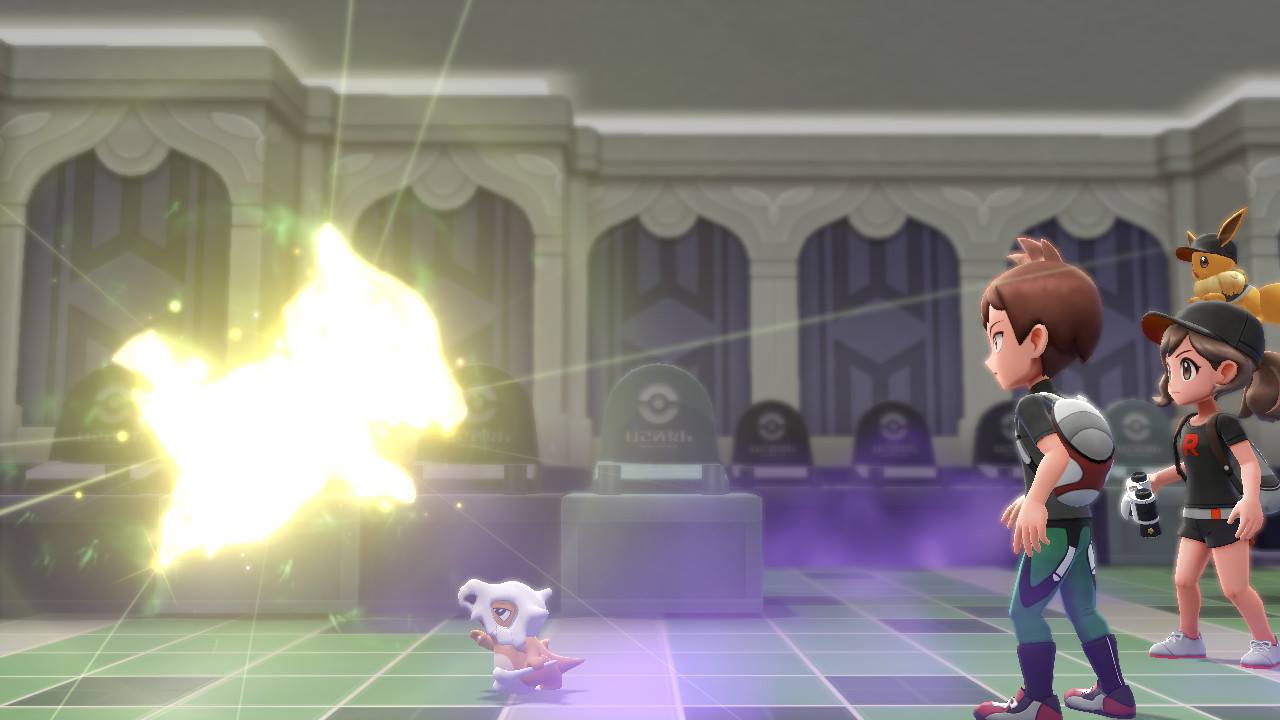 So Christmas came and went and it left me with a nice sore throat. It’s not a constant painful feeling but whenever I yawn, cough, sneeze or swallow it kinda hurts. Unfortunately no pain meds will actually work so I’m just going through the motions and waiting till it subsides on its own. This ofcourse has sparked some arguments at home because “oh my god why don’t you just take pain meds even though you said three times over they don’t work”. Apparently hearing her own opinion is more important than my autonomy over what actually goes into my body. I’m so happy to be moving out in less than four months.

Now onto the fun stuff! Due to being “forced” to socialize I’ve actually gotten a lot of time into Pokémon LetsGO during the 25th and the 26th. Apparently being social just means being physically present and not actually engaging with people so that’s fine by me. As you can see in the above picture I’m past Lavender Town and the Pokémon tower. I really wanted to screenshot this moment because I think it’s rather beautiful and a good indication of the storytelling in Pokémon LetsGO. Even though I’ve played through Kanto multiple times and can dream up the story by now I’m still quite surprised by how much I actually enjoy this installment.
Right now I’ve beaten Gym number 5 and am working my way to number 6 while catching as many Pokémon as I can along the way. Partially to start filling up my Pokédex and partially to help level up my existing team. I’m rolling with Eevee, Alakazam, Pidgeot, Venusaur, Charizard and Blastoise right now and I’m fine with that setup. I may actually ditch either Pidgeot or Alakazam at some point for the Dratini evolutions but all in all I’m happy with the team I now have. Even though I didn’t plan to play as much Pokémon as I have I atleast made a decent few steps in the game and am every so slowly moving towards the endgame.
Next to this I’ve also picked up Pokémon Go again. I don’t really walk around with my phone much but I make sure to catch atleast a Pokémon every day and spin a stop since I can do both from the comfort of my own home. I should probably go out more but my phone is in a state where I can’t put too much strain on it or the battery will just run dry, even after replacing it. I’m patiently waiting to move out before buying a new phone though because right now getting furniture for my house is more important than a new phone. 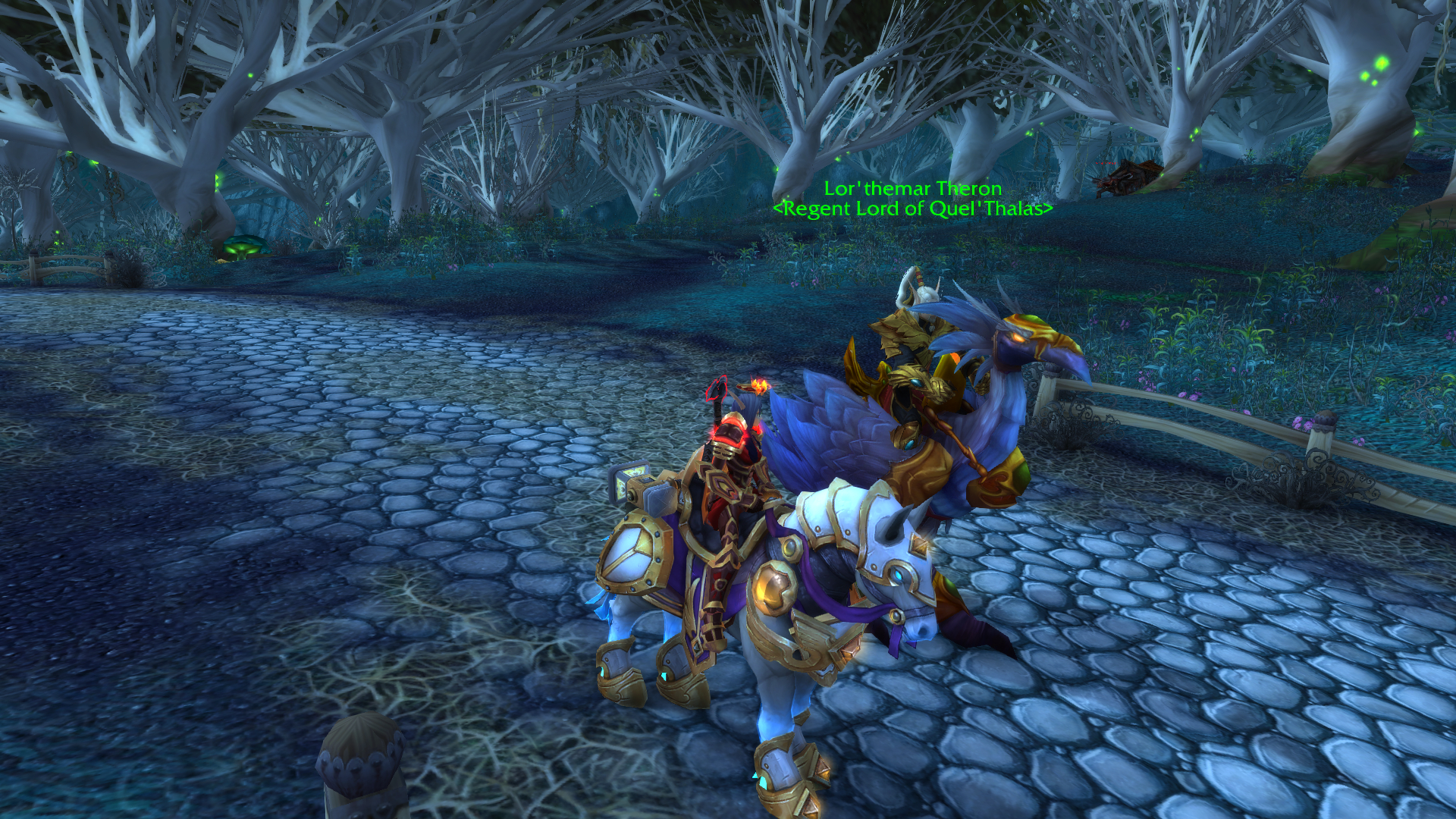 I’ve also poked my head back into WoW on Christmas Day. I opened the yearly Winter’s Veil gifts and set out to do the two scenario’s I wanted to do: Tyrande’s Ascension and the complimentary black Night Elf eyes and the Blood Elf Heritage quests as pictured above.
I like having a bit more lore to chew through and I was pretty engaged with both activities. The Blood Elf heritage quest is rather interesting. It basically tells you about the fall of the High Elf empire by the hands of Arthas and the subsequent loss of Sylvanas Windrunner, Anasterian Sunstrider and the Sunwell. It also shows you why the Sunwell was destroyed and the impact it had on the society. I’m pretty chuffed with the racial armor aswell so all in all that questline was a positive experience for me.
I really enjoyed Tyrande finally taking destiny in her own hands aswell. It’s been a long time coming that the Night Elves start to kick ass again and I’m happy to see the no-nonsense that is now empowered Tyrande + Malfurion. I really hope Blizzard can somehow maintain this storytelling and I’m quite curious where the Night Elf story goes after this.
I also have to report that playing on Draenor and Silvermoon, two of the biggest EU servers, has become an absolute pain in the ass due to extreme server lag. I’m thinking about going back to Dragonblight and my Warrior partly because it’s simply less laggy there and partly because I have some friends coming back to WoW and their characters are there. I guess I’ll see.

On the FFXIV front progress has been slow but steady. My monk is probably going to ding 67 tonight or tomorrow morning and I’ll hopefully be 70 somewhere during this weekend. This means I only have my Dark Knight and Samurai left to level. With Blue Mage supposedly coming out on January 15th I can see myself picking that one up after finishing off the traditional jobs. All that remains after is clearing out all the outstanding endgame quests, gear up my White Mage (and possible other jobs) and start leveling my crafters. All in all I still have plenty to do in FFXIV and I’m sure I will carry on the playing streak well into 2019. All in all I’m getting some good game time in during my holidays. Now I just need to find some time to fit in FFXV…