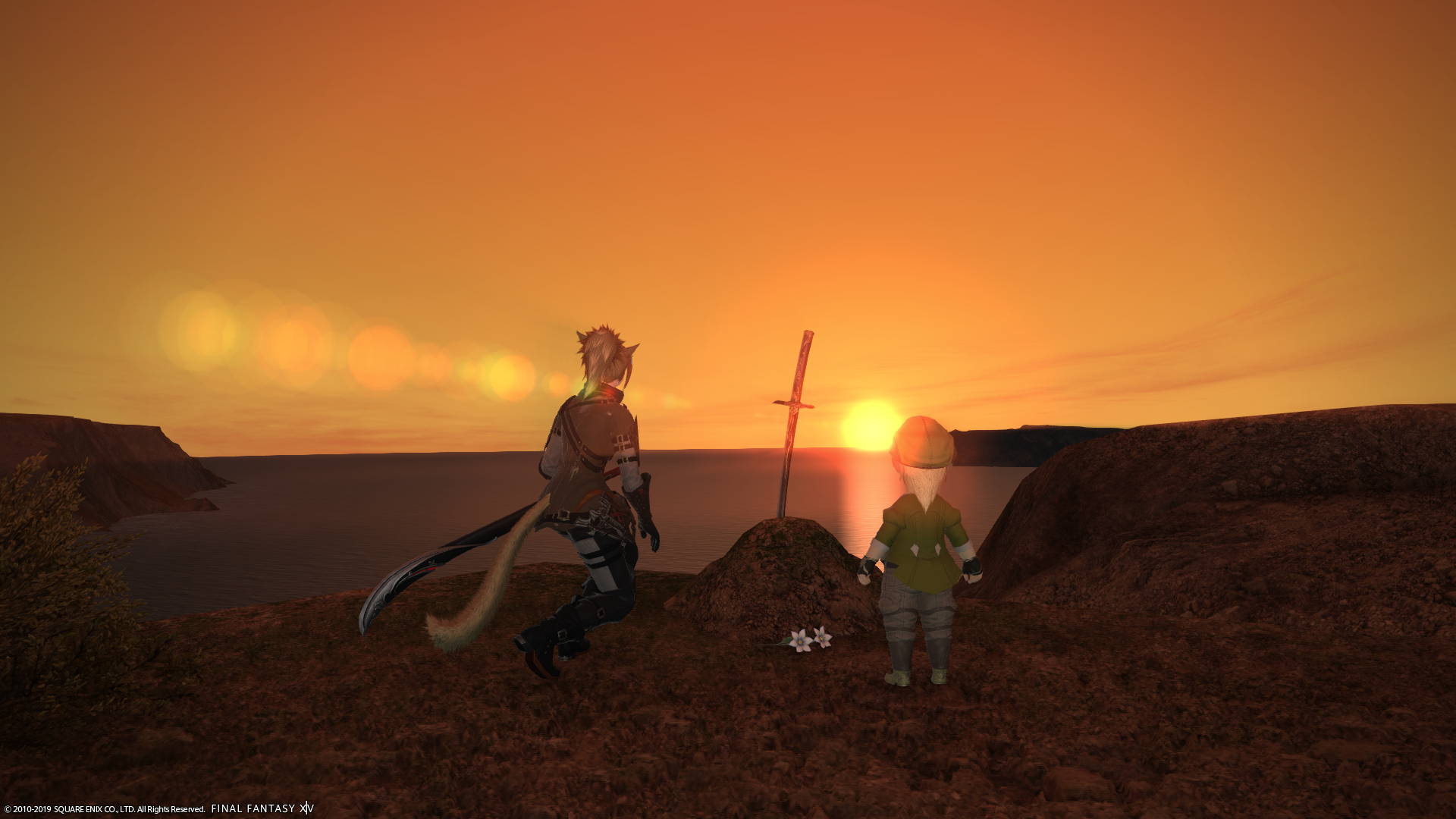 This screenshot basically means the end of the level 50-60 journey for Samurai. As of right now I’m sitting at level 63 so I hope to be done with my big level journey by next weekend. Samurai is finally starting to click as I level up, so I’m having way more fun already. This also means I will have all my battle jobs to level 70 then and I can breathe easier untill the next expansion drops somewhere (probably) in June. It also means that I have been able to rid my bags of most of my leveling gear with only a few 60-70 Striking pieces remaining. It’s going to be so satisfying to go down to only seven gear sets in my bag total instead of the scattering of gear that I’ve been holding on to all this time. All things said and done the end of this project is in sight and then it’s time for me to focus on other aspects of the game and other games aswell.

As of right now I spend most of my evenings running every roulette possible, doing beast tribe dailies and working my way through the daily hunting logs just to push up my alt jobs to 70 as fast as possible. This usually takes about 2-3 hours of my evening meaning I rarely have time to play or do something else. When I finally reach that final job to 70 I’m going to dial back on FFXIV a lot. The plan is to log in and get capped on tomes throughout the week on my White Mage so I can continue the story and level up the itemlevel on that job. I want to finish up all the sidequests that I missed aswell but I’m going to turn that into a weekend-only type of engagement because then I just simply have more time. As for the leveling… Now that I’ll be done with battle jobs I’m probably going to turn my attention to my crafters. I don’t want to put in tons and tons of effort there so it will boil down to just doing beast tribe dailies every day. I see a lot of Ixali quests in my immediate future. I may do some Grand Company deliveries when I feel like it but for now it’s just going to be dailies all the way. With this I’m hoping to cut down my FFXIV times to around 45 mins to 1 hour a day at most. This leaves me with a ton of room to focus on other games and with Kingdom Hearts 3 dropping next week I think it’s the perfect time to focus on that in February.

I’ve been finding my way back into Azeroth, spurred on by reconnecting with some online friends and some IRL friends jumping back into the game. For now I’m keeping it very casual, just playing an hour here and there. I’m character hopping a lot and am currently bouncing back and forth between leveling my Nightborne Mage (77) my Void Elf Hunter (25) and my Alliance Demon Hunter (101). I have a vague idea of what I want to do in the game and leveling Allied races is a part of it. It’s just really nice to be able to log on, play for an hour or so and log off again. There’s no pressure and there’s people to talk to so that’s always nice. In that hour I can fit in a dungeon and some casual leveling in zones I enjoy. I’ve gone to Sholazar Basin on my Mage and am now roaming around in Nagrand in the hopes of getting to 80 in the next week or so. That will enable me to jump to Mount Hyjal and from there probably one of the Pandaria zones although I enjoy Deepholm aswell. All this leveling just to unlock the Heritage Armour and the accompanying achievement. And all only as long as I’m enjoying myself.

As for the rest.. I’m currently so focused on just pushing through in FFXIV that I’ve sadly not really felt like playing anything else. I pushed through the sixth gym in Pokémon LetsGO a while ago and need to go back and beat a ton of trainers but haven’t really done that yet. I haven’t even touched the second Spyro game unfortunately and I don’t think I will this month because I’m going to be too busy losing myself in KH3 in a week. So even though I’m happy with the major progress I’ve made in FFXIV, I’ve kind of ignored the other games that were on my “to play” list this month. I hope I can spend a bit more time in Pokémon letsGO over the weekend as I finish off leveling Samurai though and see how far I’ll get.