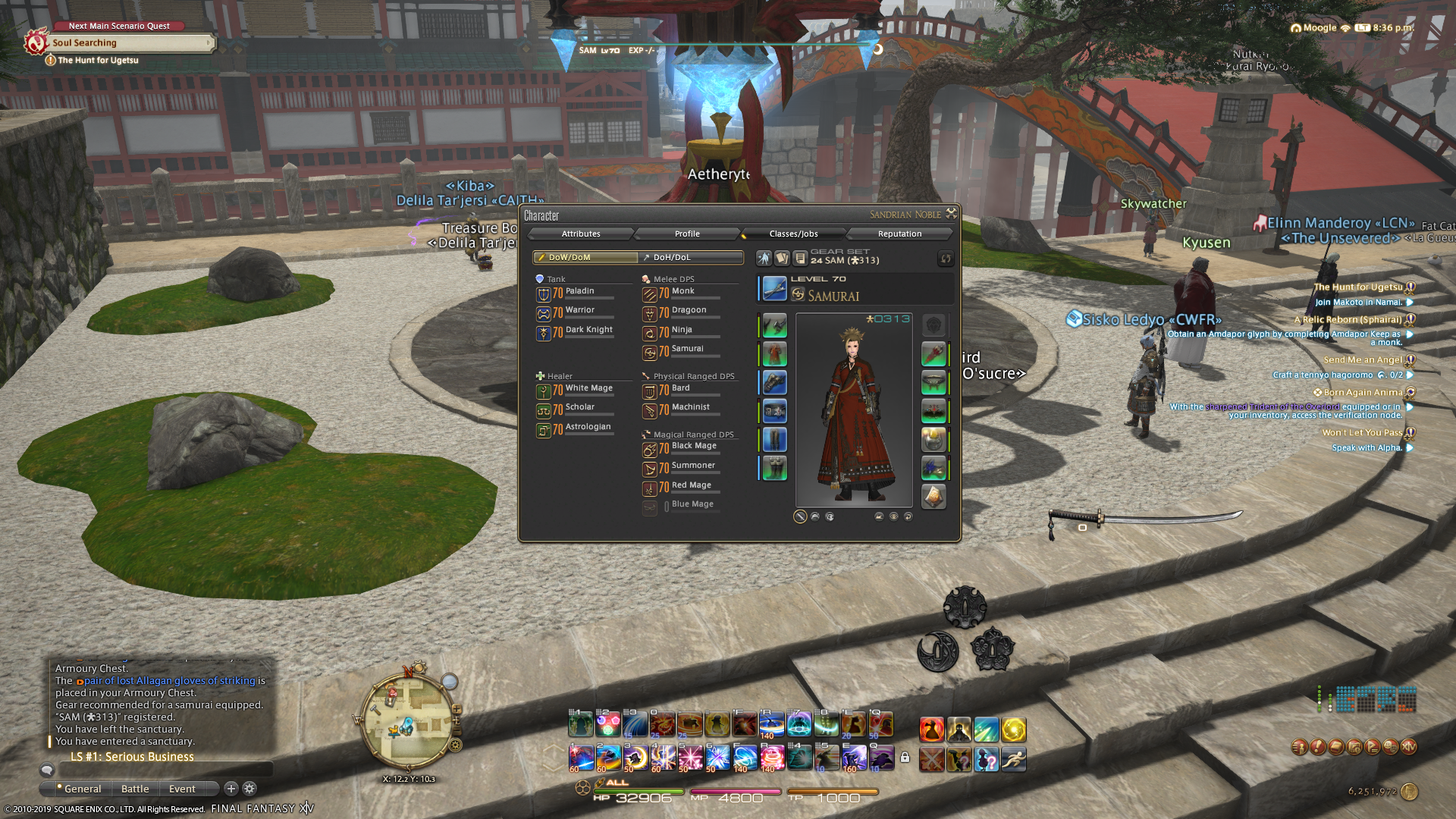 Finally, finally, finally! I did the final push on my Samurai tonight via Heaven on Hight and made it to level 70, rounding out all the battle jobs to max level! Except for obviously Blue Mage. It’s been a long journey and one that I’m happy I’ve finished. I’ve seen all the job quests, done over 2000 dungeons/trials/instances on my character so far. I’ve ran tons of dailies, hunts and the odd fate. I leveled alone or with friends but the end goal was always the same and it’s a goal that I now achieved.

From about level 64 onwards Samuari finally started clicking for me. That’s when I unlocked the more interesting abilities that had interactions with my Kenki-gauge and gave me more to do than just the combos. All in all I enjoyed the final journey. The questline from 50-60 was great and the plot twist in the 60-70 quests was nice aswell. I had to push myself to get over that finish line, especially when I picked up Kingdom Hearts 3 early and it has been demanding my time. For now I’m going to take a well deserved break from FFXIV. I think the rest of this week I will be full focus on Kingdom Hearts 3. February is right around the corner and I’ll think up what I want to be doing then over the coming few days.

For now I’m just going to enjoy scratching off one of my major gaming goals and kick back and relax. A longer post will be on the way but for now my brain is tired and I just wanted to share this with you all.