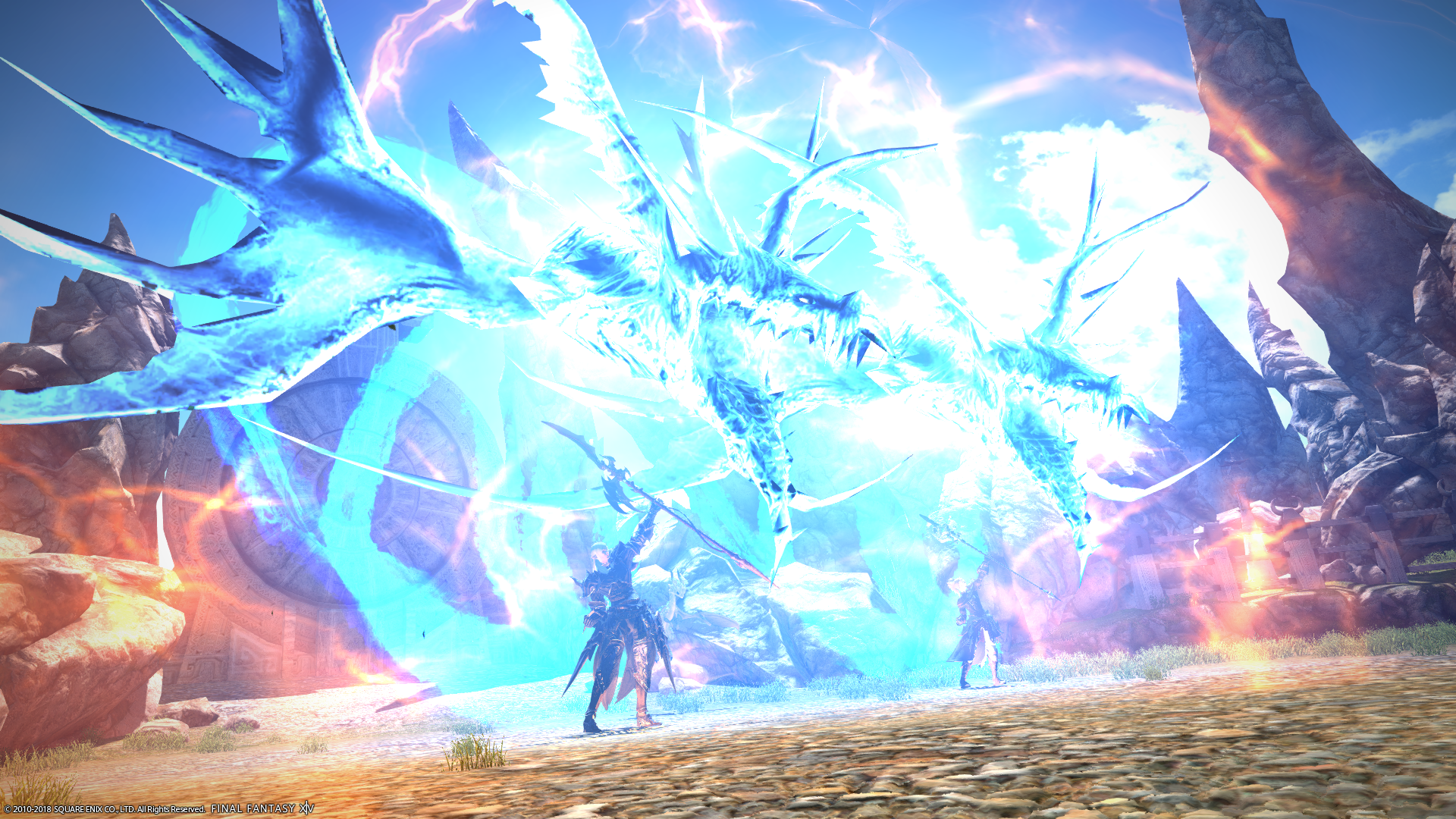 Above picture has little to do with the contents of this post but I thought it was pretty. I guess it ties in to me talking about FFXIV so there’s that.

I’ve had an odd week this week. I was planning to play a lot of games during the evenings but those plans were quickly foiled. On Tuesday evening we went out to dinner after having the day off and afterwards I was tied to the TV all evening watching the Real Madrid-Ajax game. On Wednesday I managed to play for an hour or so but on Thursday I spent my evening watching Grey’s Anatomy and Violet Evergarden. Yesterday night I watched the Leaving Neverland documentary so all in all I’ve been watching more TV and shows than I have been gaming.

Nonetheless I want to spend this weekend making some progress in my two MMO’s: World of Warcraft and Final Fantasy XIV. I have the time and the motivation now. There’s no appointments or birthdays this weekend, only some chores. I have the house to myself and no-one to bother me while I will immerse myself in either Azeroth or Eorzea. I’m making small weekend goals for myself to attain and this weekend I’d like to focus on the following things.
In FFXIV I want to get the 2-star speed book for North Shroud. I’ll have all the 2-star speed books I need to make my Ixal dailies go faster. I also want to get Carpenter as close to 50 as I possibly can so I will make sure to do the Grand Company turn-ins next to the Ixal dailies and I may even do a levequest or two. I’m also planning to do the Little Ladies day event on my alt, just to get the flower crown for transmog. It’s a short event this year so that should be doable.
In WoW I want to focus on my Nightborne Mage and start the slog through Nazmir. It’s not like I actively dislike the zone but it’s a rather dark and disturbing story that plays out and it’s big with lots of running back and forth. Not really something I’m looking forward to but something I will have to do to get closer to level 120. I know I could’ve gone to Vol’dun instead but out of the three Horde zones I like that one the least. Deserts are not really my thing and I’m not very enamoured with the zone story there. I know I’ll have to do it at some point, especially if I want to make this Mage my “main” Horde character for the forseeable future. You need to finish off Vol’dun to progress all the stories. For now though the focus is on Nazmir and getting through that as soon as possible.

A big part of this gaming will be done with League of Legends in the background as usual. I really hope Misfits wins their game today to keep playoff hopes alive. Otherwise I’m hoping to see G2 in the finals in Rotterdam, but at this point in time it’s anyone’s game.