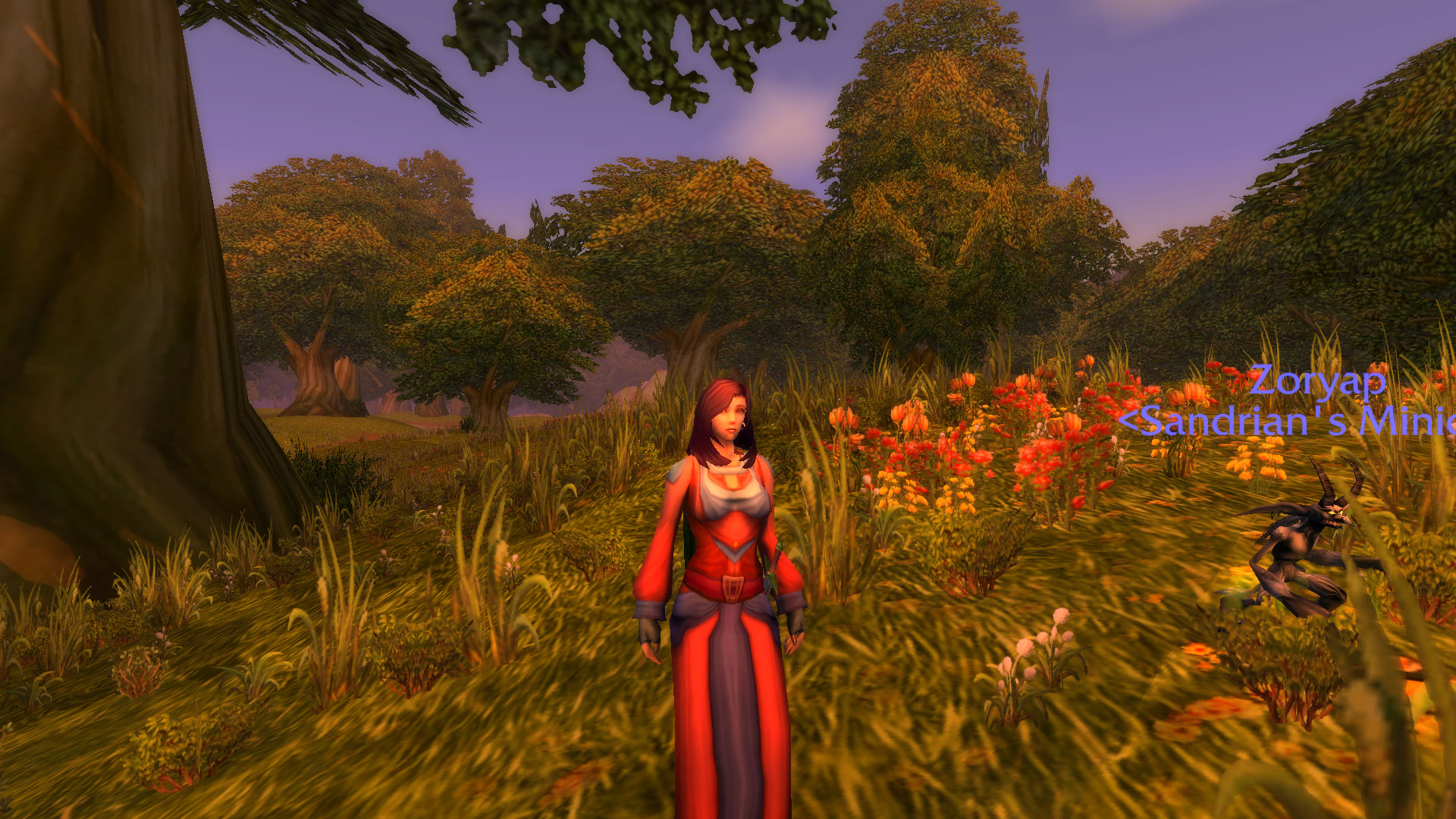 As many other people like me I’ve succumbed to my curiousity and rolled a character on the Classic World of Warcraft servers. I guess I don’t have to say what class I rolled because the imp pet is kind of a dead giveaway but I rolled a Warlock. I wanted to be a caster but a bit more beefy than a Mage so Warlock it is. As of writing I have played for about five and a half hours and made it halfway to level 11. I specced my first talent point into the Affliction tree so I can start working towards that sweet instant cast Corruption spell. I have also just unlocked my second minion, a Voidwalker named Juk’mon. He will be the one I will have out the most I think because it acts as a personal tank when questing, which is super nice when you are a caster and not really happy about taking damage. It’s one of the main reasons I picked Warlock but the free mount at level 40, if I ever make it that far, isn’t too bad either.

I’m really taking my time here and just play the game super casually. I put in somewhere between one or two hours a night, ticking off some boxes quest wise and trying to have fun. I have accepted the (in)famous Hogger quest right before I logged off and I plan to tackle that tomorrow when I get home from work. Once I finish that I think I will start setting foot into Westfall and start questing there. I have to admit to installing Questie, a quest helper addon, to make sure that I pick up everything that is around in the zone quest wise. I’m just so used to seeing quest markers on the map from Final Fantasy XIV and WoW retail that I can’t live without them anymore. It has made my life significantly easier so far I can tell you that much.

I do have to say that I miss a lot of the quality of life stuff that comes with the retail version of WoW. I hate having to run everywhere. Of the time I’ve played so far I’m pretty sure that about 25% of that is spent on running everywhere. Going from one end to the other end of Elwynn Forest, the human starting zone, is easily a ten minute run. It’s something I didn’t miss at all. It does slow down the pace of the game significantly, probably one of the reasons why it took forever to get to maximum level back in the day. I do like that people tend to group up a lot for doing quests and that everyone is poor so making 50 silver of a stack of leather is actually kind of awesome. All in all though I find Classic to be quite draining to play. Everything goes slow. You’re really weak compared to what Im used to from other MMO’s and WoW retail. Things just take much, much longer than what they do now. I was complaining about how long it took me to unlock flying on WoW retail but just getting my Warlock to level 10 has taken me three evenings of playing already, something you do in retail in about an hour.
But I digress.

For now Classic is a nice distraction. It has it’s flaws but, for the time being, a very active community and tons of people playing. I will probably keep you updated as I keep playing this game but I’m not sure if I have the patience to get all the way to level 60. I guess time will tell.