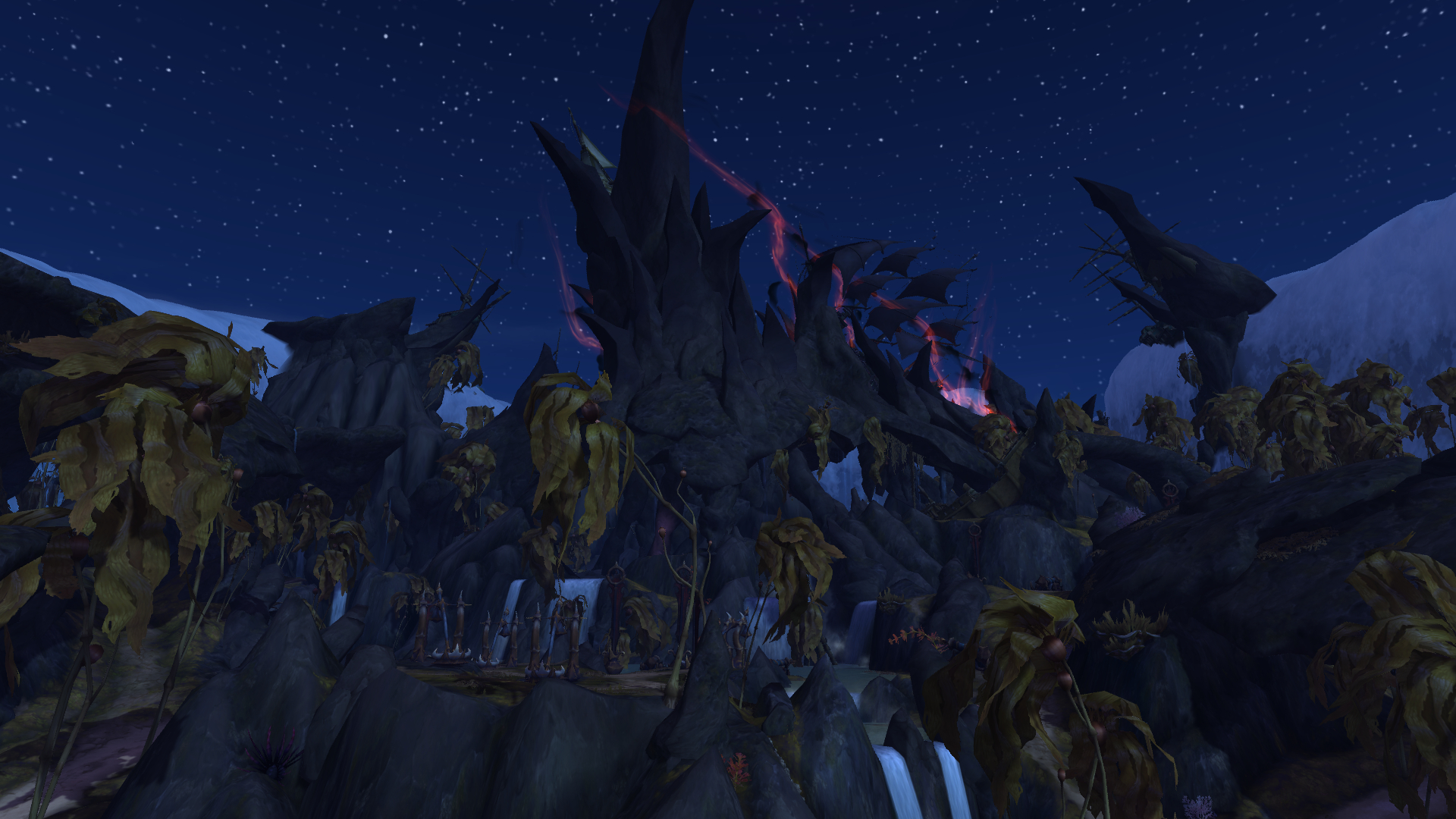 It’s an odd thing playing two installments of the same MMO. Goals in World of Warcraft Classic are completely different from goals in Retail. Yet both are a grind in their own way.
I made it to level 20 on my Druid in Classic and started the journey from Darkshore to Westfall. My intention was to deliver a quest in Wetlands and the move along and pick up Deadmines quests on my way to the Aquatic Form quest. So far I’ve picked up the ones from Ironforge and the Dwarven District in Stormwind. And that is also where I stalled out. I’ve not touched my Druid since or Classic for that matter. I’m not sure why. Maybe the 45 minute trip just to get to Stormwind triggered something in me that resembles burnout. Maybe playing both Classic and Retail has been overload. I already sort of “rationed” my playtime so I wouldn’t get frustrated and burn out sooner. Yet here I am with no real motivation to log on at all.
At the same time I’m seeing the group of people that “raced” to 60 in my guild slowly log on less aswell. Now that the leveling is done and the gear grind has begun it seems people have kind of lost their drive to play. I mean, in the end if you don’t raid what is there to do in Classic? PvP and ranks aren’t introduced yet. The only raids that are in are for 40 people and not that easy to assemble/execute. Any high level dungeon takes forever, especially Blackrock Depths and Lower/Upper Blackrock Spire. It’s not just log in, play for an hour, do a dungeon and log back out. It’s really sit down and commit for multiple hours now and it’s something I’m really not looking forward to.

I guess the small honeymoon period I had for WoW Classic has slowly run it’s course. Level wise I’m quite behind the majority of people. I don’t feel the urge to play and the though of having to scrape together gold to buy a mount has actually made me glad I rolled a Druid and get travelform so it’s not such a nuisance to get. Even if the community seems to be much better than retail with easy random groupings and people offering eachother free stuff and buffing left and right it just doesn’t take away the massive grind that everything turns out to be. It’s nice that this version of the game seems to be exactly what people want but for me it’s just not all that. So I’m slowly drifting back to retail where my goals are different and more centered around solo play. I don’t need other people to explore zones and find treasures or to do daily quests and world quests. I don’t have to fight people about loot and I can just help with killing mobs that other people tag. I hop on my flying mount and just go to where I need to be. It’s relaxing and frustration free, which is exactly what I need after a long day of work.

So yeah, I guess I’m tired of Classic right now and I’m going to throttle down my time on it even more. There are other games that are demanding my attention, chief among them Xenoblade Chronicles 2 which I’ve picked up now that I’ve put down Oninaki. All in all this post isn’t really shocking. I’ve already voiced my opinion on Classic before and that it wasn’t really my jam. I’ve tried to play it, mostly for the social interaction, but now that I’ve reached the goal I wanted to I guess in my mind I’m kind of done with it… For now.