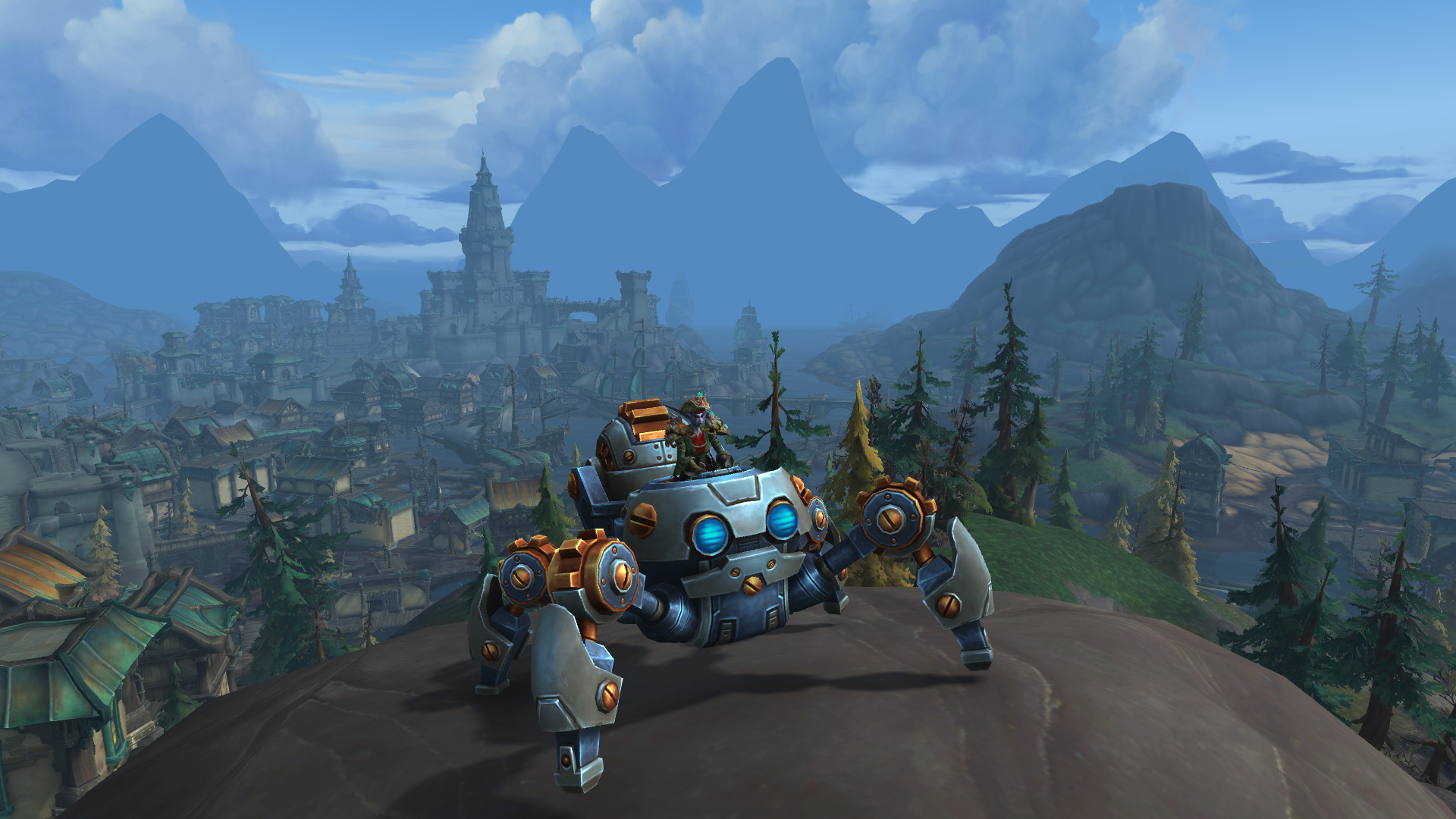 The weather has turned here in the Netherlands and Summer is officially over. Where last weekend we still had 24-25C degree weather we’ve had a week full of rain wind and cold last week and it seems it will be like this for the forseeable future. We are slowly moving towards the “dark days before Christmas” as we say in Dutch and this has gotten me thinking about what I want to achieve before the year is over. I know we are still three months out but time moves very fast so it’s Christmas and then New Years before you know it. As such this is really my last “chance” to set some more long term goals.

It’s been an odd year for me so far. I’ve moved out into my own home at the end of April, although I began moving at the start of that month, and I’m still trying to find my routines for many things. Adjusting to living alone has gone more smooth than I hoped although sometimes I do miss living with my dad and just the general company of having other people around. At the same time I got a steady contract and, a few weeks ago, a promotion to a more demanding position at the company. This has left me with less energy the past few weeks but I’m slowly getting settled again and I’m not as exhausted anymore as I have been.
Due to this I’ve not really played as many games as I would have liked to this month. When I do my goal post for October you’ll notice that I’ve barely met any goals I set for myself in September, but as the French say “c’est la vie”. With this post though I want to outline my future gaming (and real life) plans untill the end of the year to provide myself with a roadmap for the coming time and something to look to when I’m in an indecisive mood.
So without further ado, let’s set up my End of Year Goals!

Final Fantasy XIV
I’ve actually not spend as much time in FFXIV as I hoped this month. I’ve barely leveled anything except maybe Culinarian and a bit of Monk. Last year I had a massive race against the clock to get as many classes to level 70 before the New Year. This year I’m actually not setting the bar as high. These are my plans for FFXIV untill the end of year.

I think all of this should be doable in three months time. All the battle classes I’m describing are level 70. I’ve chosen to just level up the Melee group next because I already started Monk and I would be doing Samurai next any way. I might aswell get Dragoon and Ninja out of the way then aswell and close that part of leveling. After that I only have the ranged jobs and tanks left. I’m currently nudging Blacksmith through the Ixali dailies while my Culinarian is about to enter Namazu territory. If I just keep doing Ixali dailies on the regular I don’t see how I wouldn’t be able to get my three remaining crafters through this part and into the easier zones that are Moogle and Namazu dailies. As far as Fisher goes.. It’s sitting at level 48 and is the only gathering class not at max level. I just have to sit down and get to it.
The rest of the goals aren’t that big. I’m already doing Animus books on my White Mage. I don’t think I will have much issues clearing Innocence Ex when I just sit down and find a group to do so. I have a few outstanding quests that I want to tackle, and a ton of sidequests still left in Shadowbringers. Ideally I want to just get them all out of the way so my maps don’t have any quests left on them. 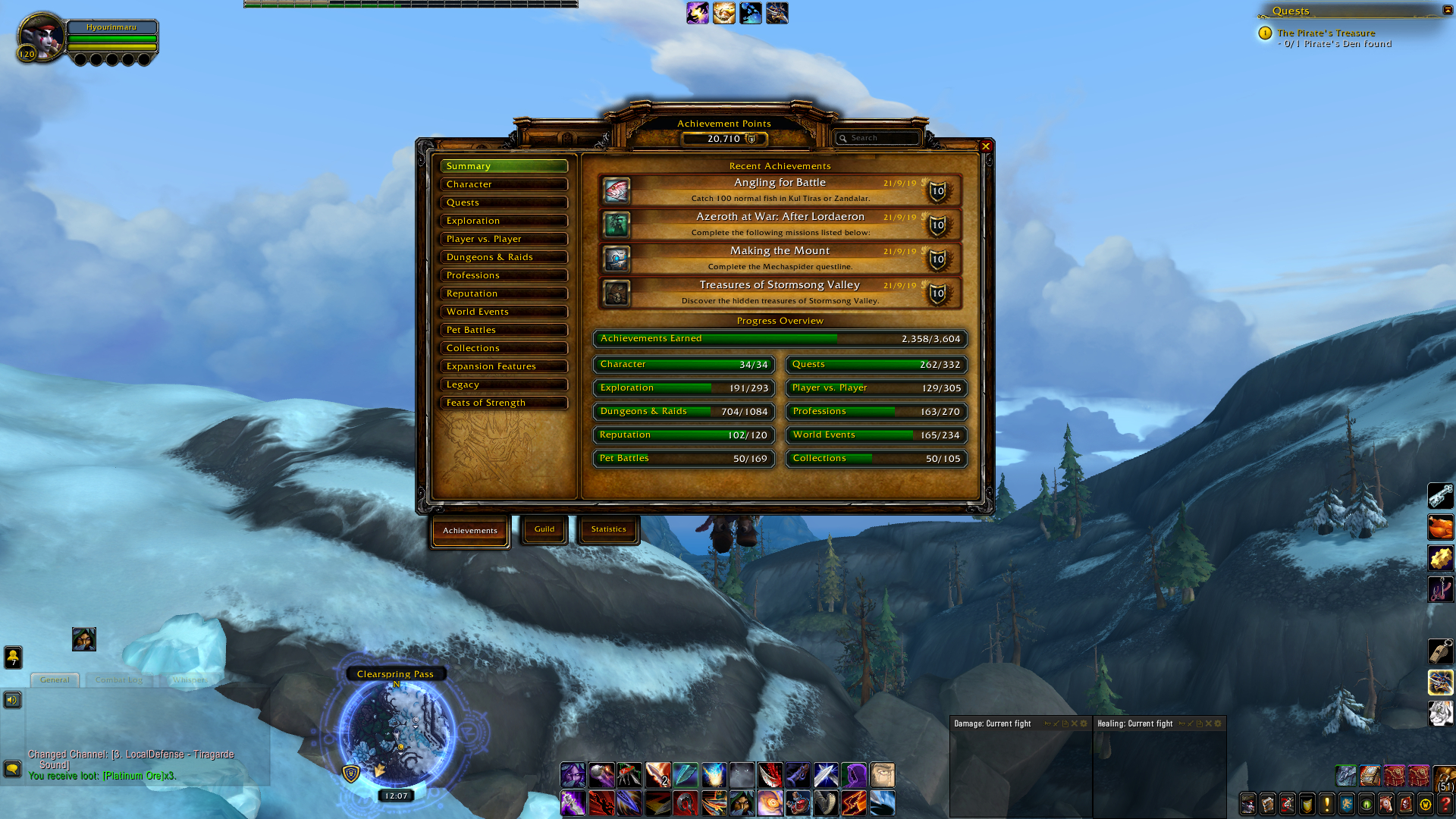 World of Warcraft (Classic and Retail)
With Classic launching a few weeks ago and me going back into Retail a while back WoW is fully on my radar again. I foresee myself spending time in Classic mostly during the weekends when I feel like it and more time in Retail because there is specific stuff I actually want to get done there. Here are my end of year goals for the World of Warcraft!

In Retail my main focus will be catching up with content. Even though I’ve done the War Campaign I’ve actually not touched a single raid after clearing Uldir. I really want to do the raids just so I can see the fights and cutscenes I’ve missed. I will also be able to clear those quests from my questlog (yay) and feel like I’ve truly caught up. I’m also still needing to do Mechagon as a dungeon so I can finish off that questchain.
After that I want to turn my attention to leveling some characters. My poor Warrior has been glossed over for this expansion and she needs some love. I also want to unlock the Void Elf heritage gear so that means I should pick up my Hunter again and level her up. Other than that I want to chase some achievements and work on reputations.
On the Classic side of the coin I want to get atleast one of my characters to level 40. This is basically the mount level and it would be awesome to get there. Why not push for level 60? Maybe I will but for now I’m just not feeling Classic that much and I can only take it in small amounts or whenever the mood to play it strikes me.

Of course I don’t want to spend all my time in just FFXIV and WoW. There’s other game to play that deserve playtime aswell. I’m still determined to get through my backlog aswell so I want to focus on single player games next to my standard two MMO’s.

Next to gaming stuff there’s a few offline goals I want to work on aswell. These mostly pertain to my physical health but I also want to get out of the house more. I need to be around people more than I am now and I just want to experience new things in general. So these are things I want to work on or get a start in before the end of the year.

So there you have it. My end of year goals. I will try my best to actually get most of them, if not all of them, done. It’s a nice roadmap for me to look at when I’m a bit lost and it helps me move forward. For now though it’s time for some Timewalking.