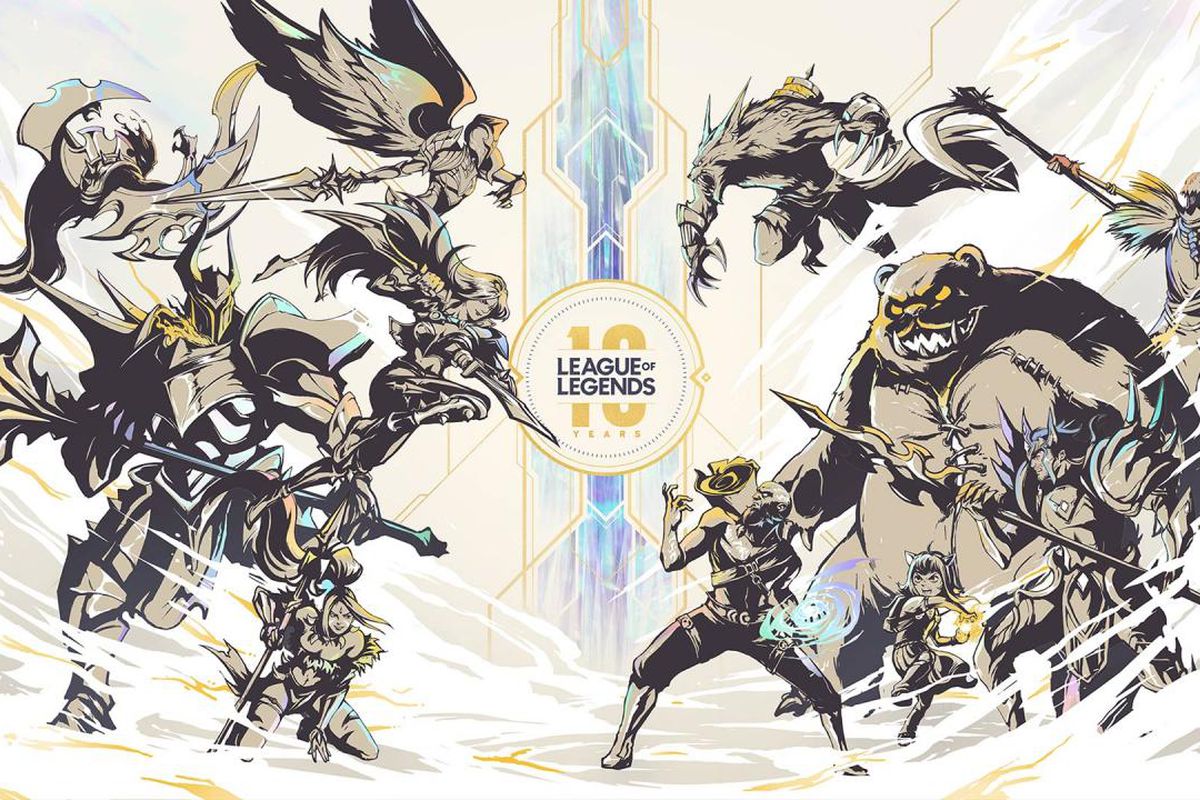 This past week has been dominated by two games for me. For the people who don’t follow it, two weeks ago the League of Legends World Championship started and today is the final day of the group stages. I’ve tried my best to follow most of the games, especially the ones with European teams and I’m quite pleased that all three EU teams managed to make it out of group stage and into the quarterfinals. They actually made it out in such a way that it’s impossible for them to see eachother in said quarter finals, setting up for quite an interesting rest of worlds. In theory, if they all win their QF we can have a 3/4 EU semi-finals. Which would be amazing considering the World Championship is held on EU soil this year. So my TV is on and showing League for most of the time that I’m home.
Next to that Riot Games has it 10 year anniversary celebration right now and next to announcing a ton of new games there’s also a ton to do in League because of it. So I’m doing an ARAM (all random all mid) game every day so I can pick up the loot that comes with the anniversary. It’s been nice to play again and even though I don’t think I will play anything but ARAMs I’m quite happy to play for a bit every day.

The other game that has been getting my attention is Final Fantasy XIV. I’ve been doing a lot of crafting dailies and right now I finally have Culinarian at level 70 and Blacksmith is well on it’s way to level 55. I also managed to get Armorer to 36 so there’s progress on three jobs. Doing all the job quests associated with these jobs have taken all morning this morning but I’m happy to have knocked them out. In the spirit of job quests I’ve found out that there is no specific level 80 job quest for Botanist or Miner, unfortunately. So I will be dropping these from my goals list and focus on other things like leveling my Monk (who dinged 76 today) and grinding more beast tribe dailies. All in all I’m quite happy that I have Culinarian finished and can turn my attention to Blacksmith and Armorer now. I’m quite certain Armorer will be level 50 before long, but I’m not sure if I can get Blacksmith to 70 before the end of the month. I guess we’ll see.
Next to my own progress, Square Enix finally announced the 5.1 patch date: October 29th. I’ll be happy to finally get some new lore to devour and the Nier themed raid looks amazing. I also definitely want to take a jab at Hades EX. The one thing I’m really missing is the announcement of this expansion’s relic weapons. I really hope they go back to the old form they were in Heavensward and A Realm Reborn and not the silly subzone they conjured up for Stormblood. I really hated that grind and if it’s going to be something similar I will definitely skip out on relic weapons for another expansion.

All in all I’ve had a nice productive week when it comes to, especially, FFXIV. Next week my focus will still be on that but also on Ring Fit Adventure that I bought for the Switch. I will keep you guys updated on how I find that game and if it’s actually a decent workout. For now I’m looking forward to the final day of Worlds group stage and a Sunday filled with gaming and relaxation.