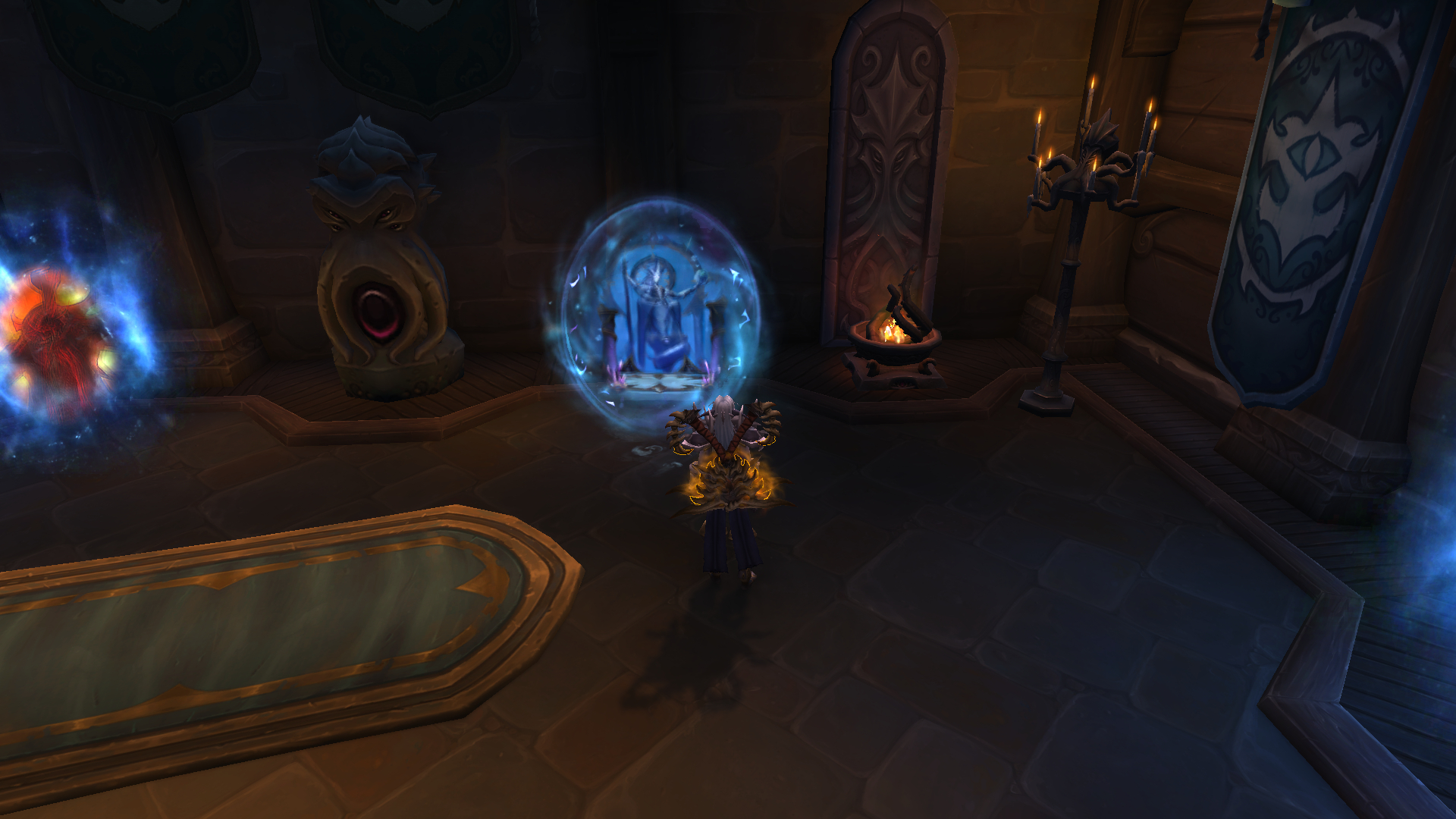 About to zone into Nazjatar, one of the banes of my existence

Coming back to WoW, and especially on a character that I haven’t been playing since the launch of the latest expansion, has been a bit of an overwhelming ride. And that’s putting it mildly.
I kind of forgot how much content there is to catch up on when you haven’t played for a while. Even on my Rogue, who I’ve been diligently playing for most of this expansion, I suffered from getting fatigued with everything that was going on. Trying to keep an empty questlog, doing tons of dailies to get Exalted with certain reputations. Work on leveling up my Heart of Azeroth essences. It was all a bit much. Atleast on my Rogue I finished all the zone quests in both Kul Tiras and Zandalar and the War Campaign. On my Warrior I had to do it all over again. And that’s not even counting all the other random quests that you get from picking up items or leveling up your professions…

I guess it comes with an MMO like World of Warcraft that has been around since forever, but sometimes it’s so hard to catch up on content. Even when it’s only the most recent stuff. To give an idea of what I’m working towards right now:

And this is just the endgame stuff! Next to that I also want to tackle all the zone quests on my Warrior, level up Blacksmithing (I’m on 155/175 skill points), do the weekly events, hunt for mounts and pets. Basically do all the things. Oh and did I mention I’m doing a lot of this stuff on a few alts aswell? Yeah, I know I’m insane.

With all of this stuff going on it’s easy to see how an MMO completely swallows up your time, especially when trying to catch up on content or when new content is released. I guess I will get a bit more breathing room when I’m Exalted with all the factions I’m working on, since it means I can drop doing dailies for them, aswell as stop doing the assaults in Uldum and Vale of Eternal Blossoms. The Emissary quests can be done in 10-15 minutes when you just do them every day. At some point I will have obtained and ranked up all my essences so there’s nothing to do there anymore either. The Visions of N’zoth also have an endgoal and when I can get to doing a Mythic+15 on time I’m done with that aswell. Raiding wise I think we will be aiming to clear Heroic Ny’alotha and then call it a day there.

So as overwhelming as things may seem to me now, there is some light at the end of the tunnel. I’m taking stuff one thing at a time. Setting priorities and choosing what to work on, on a daily basis. Right now I’m prioritizing catching up on the Nazjatar and Mechagon zones and their associated quests and dailies. Assaults and Rajani/Uldum Accord dailies are things I do on the weekends when I have a bit more time. The same goes for running Visions and Island Expeditions. Excellent stuff to do on the weekends where I have more than a few hours to spend.
Slowly but surely I’m getting there. And I’m doing it without driving myself nuts in the process. Now if you’ll excuse me, it’s time to kill some Naga on their home turf.

2 thoughts on “Battling The Questlog”