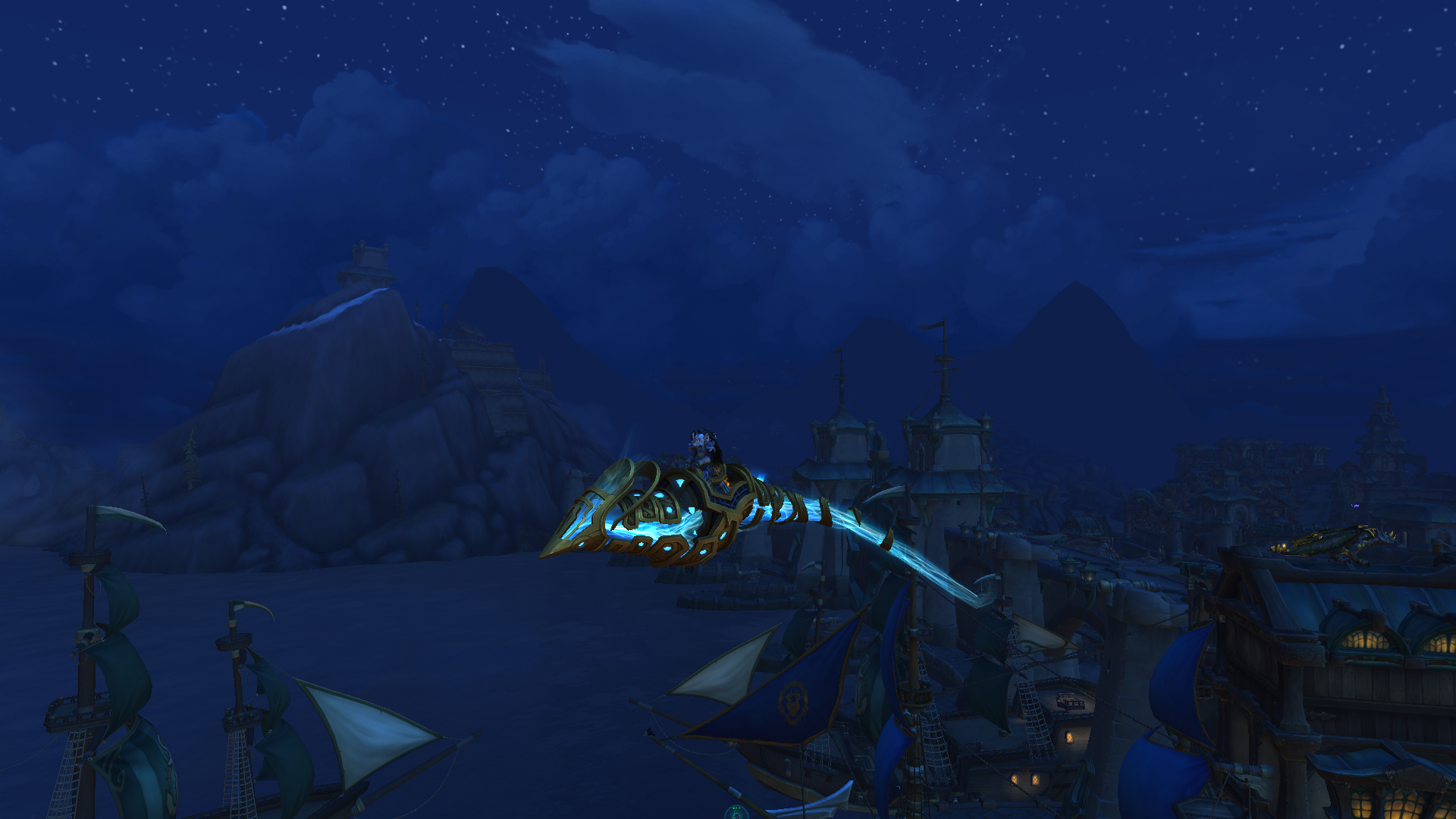 Two posts in one day? Why not! I feel the writing bug so I may aswell take advantage of it. Plus my earlier post was supposed to go up yesterday but I forgot to hit the publish button so… Whatever I guess.
I rebranded my older “Sandy’s Sunday” to “Sandy’s MMO Sunday” since MMO’s are still my most played genre and I want to have one day a week where I specifically talk about my (personal) progress on that front aswell as talk about what I’ve been struggling with the past week, if there have been struggles or anything else I need to get off my chest.

So first off, I have made a ton, and I mean a ton, of progress on my World of Warcraft and Final Fantasy XIV goals the past week. I’ve gotten two reputations to Exalted, Storm’s Wake and the Waveblade Ankoan. They were both surprisingly easy to get and I even managed to three Paragon chests for both reputations together already. Mostly because next to getting Storm’s Wake reputation up I also finished the zone quest wise. I also finished off Drustvar so I can stripe that goal off of my list. I can’t say how soothing it is to get rid of all the quest markers on a map and slowly emptying out my questlog as I go through a zone. Right now I only have one questchain left in Stormsong Valley and two Dungeon quests that are related to the zone stories so I may tackle those next week.
On the profession front I’ve been able to get Kul Tiran Blacksmithing to level 175 with a little help from the Darkmoon Faire. I’m also well on my way to crafting the 455 ilvl belt, I need like 9 more Expulsom or so, after which I unlock the 470 recipe which is something I aim for! After that I’m probably going to focus on doing the same for the pants seeing as the chance is slim I’m going to get 470 ilvl gear from anywhere else.
Next to my personal progress we also managed to down two more bosses in Heroic Ny’alotha bringing us to 10/12 bosses downed total with a 10%ish wipe on Carapace of N’zoth. I’m pretty sure we’ll get to 11/12 heroic next week, maybe even 12/12 if we don’t wipe too much on bosses that we’ve already downed. All in all a pretty good week in WoW!

In FFXIV I’ve taken last Tuesdays’ reset to finish off Eden. I had three fights left and even though I managed to die in all three of them I did clear the instance, so I can scrape that off my list aswell! Leveling on my Machinist has been steady and I’ve hit level 75 today. I’m also slowly whittling away at FATEs in Ahm Araeng and only need to do 14 more of them to get to that rank 3 FATEs cleared. I’m pretty sure I can bang those out the coming week and hopefully get my Machinist a lot closer to level 80 aswell. After that I can set my eyes on FATEs in the Tempest untill my Machinist is level 80 and I can get rid of all the sub level 80 Aiming gear and start working on the final cluster of jobs that I need to level: my tanks. I figured I may aswell start with Dark Knight first and then pick up Warrior after before unlocking and leveling the final job I need: Gunblade.

Next to all this nice progress I’m also struggling a lot with the overwhelming amount of content that is available to do in, mostly, WoW. Right now I’m focusing on the goals that I have set for myself and I’m pretty good at keeping myself restrained to them for now but when I look at all the activities I can partake in the situation just gets to be a bit overwhelming.
There’s obviously the two raid nights per week where I’m logged on and all the dailies I’m doing every day to get up reputations and earn other things. Then there’s Mythic+, Visions of N’Zoth to level up my legendary cloak, chasing the rank 2 and 3 upgrades for the essences in my Heart of Azeroth necklace, which come from a lot of different sources. The weekly assaults in Uldum and Vale of Eternal Blossoms. And don’t even get me started on chasing mounts, pets and achievements. Something I love to do but need to put on the side for a bit so I can focus on the more “important” stuff that needs doing. It’s really hard to be able to do everything given the limited amount of time I have to spend now that I’m an adult with a full time job. I really don’t want to invest every waking moment that I have into WoW and as such I’ve had to make decisions on what I really want to do. Setting goals for myself has helped enormously but seeing the speed at which I’ve been fulfilling said goals I may need to find another set of goals pretty soon before I become directionless and start doing more than I should and burn out.

All in all though I’m pretty happy with my progress. If I keep up this pace I may even need to set some new goals for myself by the end of next week. For now though I’m going to keep doing what I’m doing and hopefully not get too sidetracked with shiny content.