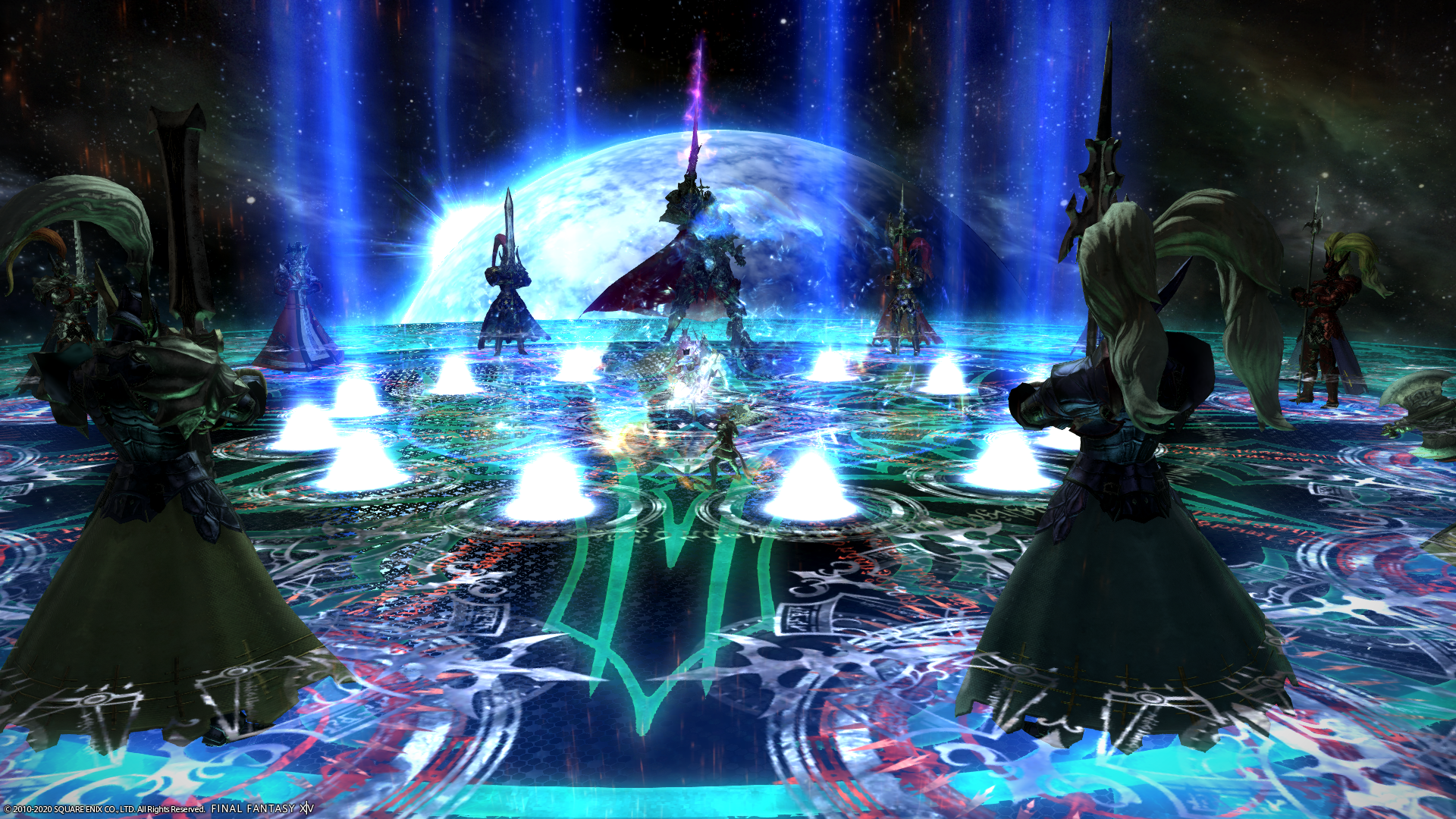 It’s been a rather eventful week in MMO land for me. We’ve had some guild drama, which I’m not going to expand further upon but it happened, the Moogle Treasure Trove event started in Final Fantasy XIV and Blizzard announced changes to Corruptions, Visions and Cloak leveling. Especially this latter news was music to my ears. Getting my cloak to rank 15 on my Warrior suddenly became a much more obtainable goal and one that I plan to grind out before reset because we’re currently on the vision of Orgrimmar… And that’s the easier of the two.

As for last week. I kicked my ass into gear when it came to farming tomes in FFXIV. I’ve chosen to mainly focus on making sure that I run the Main Scenario Roulette every day since it can either contain the Praetorium or Castrum Meridianum which are good for 10 or 7 tomes respectively. So far I’ve been “lucky” and I’ve been getting the Praetorium constantly. Sure it takes a while to complete but afterwards I get out with 10 Tomestones and a big chunk of experience towards my next level. With this tactic I’ve managed to push my Machinist to level 80, finally, and started working on my Warrior next. I know I was planning to do Dark Knight but for some reason I felt like picking up Warrior and I need to level both anyway so it doesn’t really matter which one I pick up first in that regard. So far I’ve managed to get my Warrior to level 72 and I picked up the Susano Ex mount, the first one of the dog mounts that I own. I remember lightly farming it in Stormblood together with the one from Lakshmi Ex but I never managed to obtain them. So now I’ll just grab it with this event! The next mount on my list to get is the Ixion mount and after that I need to see what else the Moogle has on offer with it’s Tomestones. I may pick up some Orchestrion Scrolls or alternatively some MGP cards so I can start getting mounts from the Gold Saucer. Anyway I’ve been dutifully running this content and I’m quite happy so far.
In other news I’ve also been pushing FATEs like a madman last week. I managed to finish up the Rank 3 FATE step in Ahm Araeng and am halfway through finishing the Rank 3 FATE step in the Tempest. Which means I’m 30 FATEs off of doing the lot. Not that bad for a week of gaming! 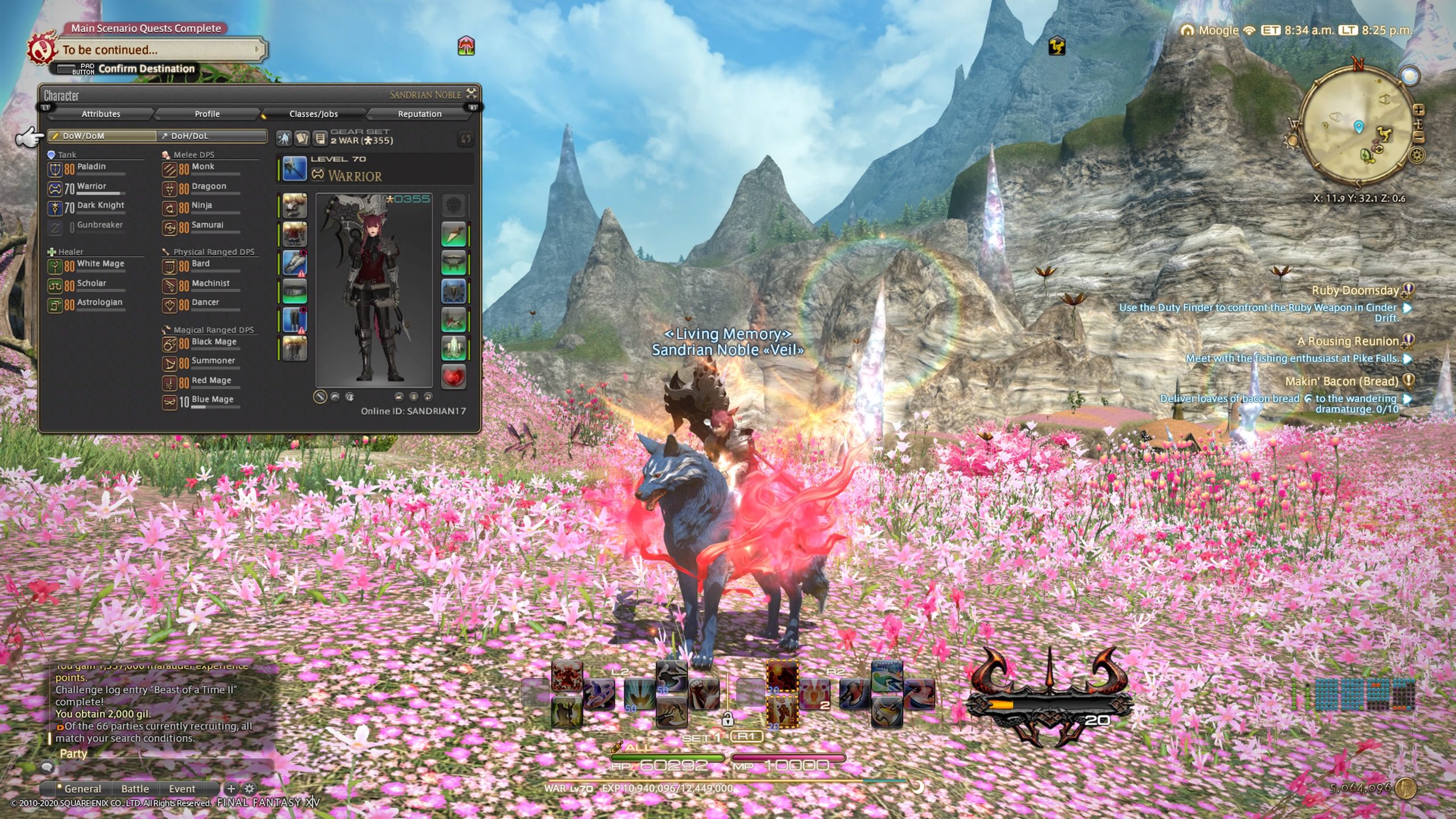 In the World of Warcraft it’s been a lot of the same stuff I’ve been doing the past few weeks. I’m still ranking up Essences on my Warrior and I’m still doing dailies and still raiding and attempting to do Mythic+. For some reason though I’ve gone into a bit of an alt frenzy because I want to experience something else than just Protection Warrior tanking all the time. So I rolled up a new Demon Hunter on my server and I picked up my Paladin on the Horde side again to see if I can get a kick out of that. Otherwise I’ve been poking around on my Hunter, getting her cloak ranked up and running Mythic+ with friends who play tanks themselves. I’m starting to do some mean damage on said Hunter and I’m really enjoying the gameplay. I also realized it was a pretty overpowered class to run Visions on and I’ve been pushing it to the limit when it comes to cloak upgrades. I’m only on rank 6 but I can comfortably do two bosses and kill Thrall with no real issues. The more I rank up, and unlock usefull skills with Mementos, the more I can push on that character. If this keeps up I will probably be able to solo the 5 mask stuff on my Hunter easier than on my Warrior. But we’ll see when the time is there.

As for next week there won’t be many changes. I’m still raiding on my Warrior and I will still be pushing for Tomestones on FFXIV. I hope I can get my cloak to rank 15 sooner rather than later and I hope my Warrior will be a lot closer to level 80, if not there, by next weekend. After that I need to start thinking about my MMO goals for June and how I’m going to let them exist next to my Summer of Platformers challenge. For now though I’ve got a whole week of MMO madness ahead and I can’t wait to dive back in.