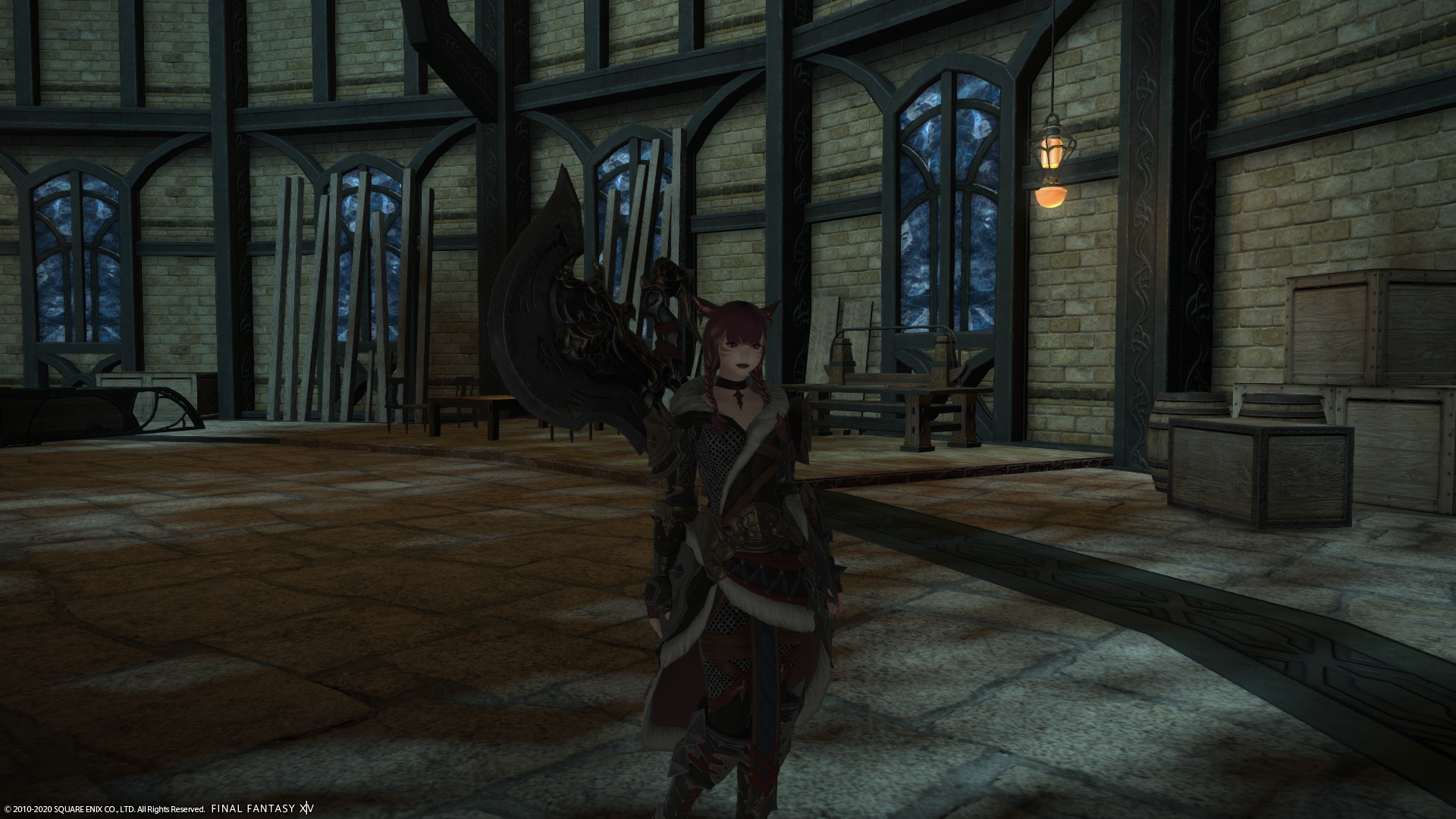 They say that time flies when you’re having fun. It’s not a wrong saying but time seems to fly by in general these days. I blinked and my two week vacation was done. I went to my cabin in the woods. I’ve relaxed. I did a small project that was sort of related to work but not really and I’ve slipped back into the habit of reading a bit every day.
I managed to get my Warrior to level 80 in Final Fantasy XIV and I’m turning my attention towards leveling Dark Knight now. Being a tank aswell I’m sure I’ll have that up to 80 in no time and then it’s just Gunbreaker left.
I’ve been poking about in World of Warcraft the most on my Warrior. I’ve been diligently doing my dailies on her and managed to get the Uldum Accord reputation up to Exalted, which means I can drop doing those dailies (yay!) and only have the Rajani reputation left to get to Exalted… I’m only 5k reputation off that so I think I can get to it next week maybe.
With working on these reputations I realized I wasn’t too far off the 100 reputations to Exalted achievement. I went back to Desolace to bump up the centaur reputations to Exalted there and I’m working on the Sha’tari Defense reputation now that we have Warlords of Draenor timewalking up. If I can finish that up and get Exalted with the Rajani I only have one more reputation left. Unfortunately that one will require some grinding on my end since it’s one of the goblin town reputations (Gadgetzan) and I’m about 5k off there aswell… And the only way to get that up is to repeatedly kill pirates in Tanaris that give 5 reputation per kill. I kill them pretty fast but it’s 200 kills for 1k rep so that means that I’ll have to kill around 1000 mobs to get where I need to be. I could sit down for a day and grind it out but I’m not that masochistic so I’m taking 30 minutes here and there to dedicate to that grind.

I’m not sure how to feel about these two weeks off. I did what I wanted to do in regards to taking a weekend away from my house and I managed to read through two full books, but on the gaming front and on the relaxation front I’m not that happy. I do feel more relaxed than I have been in a long time, but I’m also still somewhat restless and dreading to go back to work on Monday. In the gaming world I’ve been mostly hopping back and forth between games but never sat down to play through something properly. I spent most of my time poking around on WoW and chasing silly goals and I did a light leveling bit on FFXIV but that’s mostly it. I didn’t touch Ratchet & Clank and I didn’t touch the Final Fantasy 7 Remake.
I didn’t even manage to keep up with my weekly planner, something I have been doing since I got it and it kind of stings. Luckily I’ll have a rematch next week which I will be planning out tomorrow.. But it still doesn’t sit quite right with me.
If anything it shows me I’m still far away from forming good habits and having a clear structure to my days. Going back to work may help a bit in that regard but I struggle with making “optimal use” of my free time. I tend to spend a lot of time just lounging on the couch and staring into the abyss or the tv while time ticks away and it annoys me. I want to be more productive and I want to have more fun doing things after work but I’m just struggling to motivate myself to get there.

For now though it’s time that I get a good night’s sleep and then have my final day of no work that’s probably filled with doing chores tomorrow… I can’t wait till my next two weeks off.