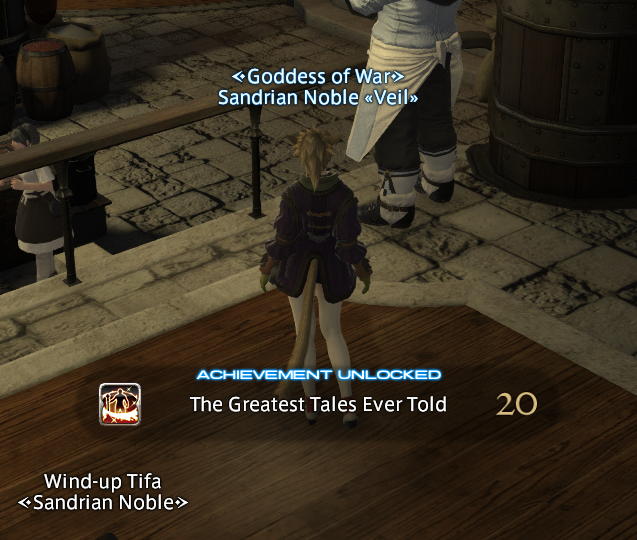 I’ve been pushing through MMO content this weekend and my persistence has paid off. Today I finally got Leatherworker to level 30 and am now sitting on all my crafting and gathering classes at atleast level 30 or above. After finishing off the level 30 Leatherworker quest I realized I didn’t get the achievement for completing all level 30 crafter job quests. A quick glance showed me I skipped out on the Culinarian one so I ported over to Limsa Lominsa and quickly finished it off, earning me the achievement  that you can see in the above screenshot. I’m quite happy with this progress and I can stripe it off my goals list for March aswelll.

At this moment my main method of leveling my crafting classes is doing all possible Ixali dailies every day. This nets me about 1.5-2 levels per job when I hand all of them in. It’s not the most proficient way to level and I know that if I were to sit down and just push through levequests I would probably get this whole leveling thing done much faster. However this means I would have to either buy stuff off the market board or take time to gather my own materials and craft everything myself. Even though I prefer the second option I’m not quite in the mindset for the mindless grinding that comes along with that so for now I’m content just doing the dailies and a Grand Company hand-in every now and then. I prefer to hand in items marked with a star because they give a really big experience boost to a job, almost up to a level at times. It’s a decent way to level up and it will suite me fine for the coming weeks.

Of course this dynamic completely changes once I get all my crafting jobs to level 50. From then on I can access not only the Moogle daily quests from Heavensward but also the hand-in options for Zhloe. These hand-ins provide a big chunk of experience aswell and would help to boost my crafters from 50-60 in no time at all. I would like to say that the same goes for level 60-70 but I’ve not really looked into M’naago or other hand-ins for crafters of that level. I did play around with gathering hand-ins, and got a nice botanist weapon for it early on into the expansion, but it’s all unfamiliar territory for me right now. It’s not really something I want to commit to at the moment either, my priority lies with just leveling up all the individual crafters and my final gathering class fisher.

Another side goal I’m planning to work towards is upgrading my mounted movement speed in a few areas of Eorzea. Due to me doing the Ixal dailies I’m spending a lot of time running/riding around in Mor’Dhona, Coerthas and a part of the Shroud. It would be really nice to have two star movement speeds there instead of one star, especially in Coerthas and Mor’Dhona. So next to leveling up my crafters I want to dedicate a portion of my time to get hunts done and consequently get enough Allied Seals to start buying speed upgrade books. It’s 250 Allied Seals per book, you get 100 Seals from killing your weekly B-rank hunt and 64 seals if you do all the daily hunt marks. This would mean you would get 548 seals per week if you do your weekly and daily hunts every day. Which in turn means that you can buy about two upgrade books per week. That’s not really a bad turnover at all and I’m hoping that by next weekend I will be in possession of my first to speed upgrade scrolls.

All in all I’m quite happy with the way I’m progressing. I’m setting small goals for myself every day that should be attainable with the hours of play that I have available to me. Leveling obviously isn’t the biggest brain activity, especially considering I’m doing it via dailies that I completely outgear on my level 70 Weaver. I’m therefore confident that I’m able to complete the crafter leveling goals I’ve set for myself for this month and probably even more. 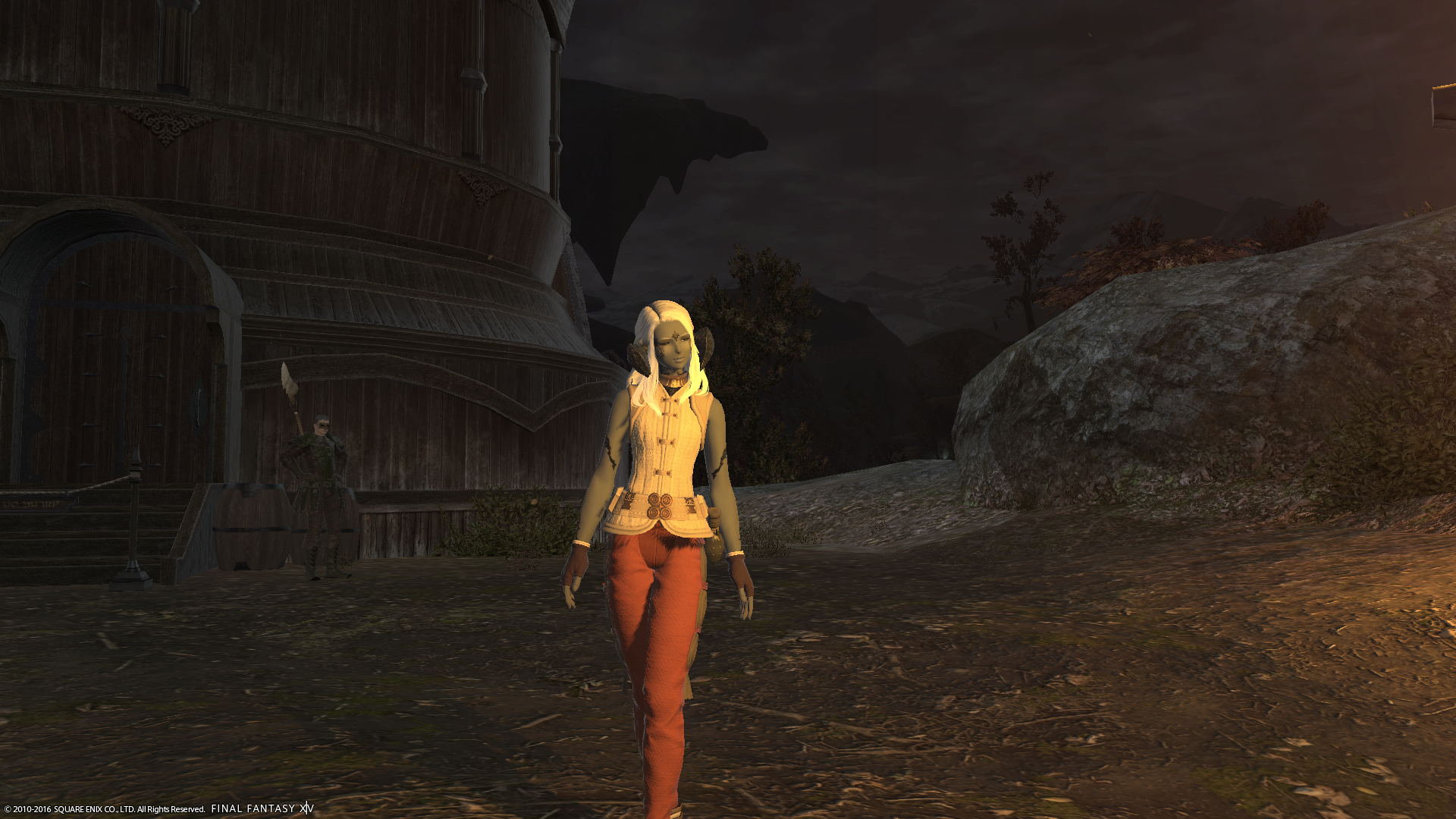 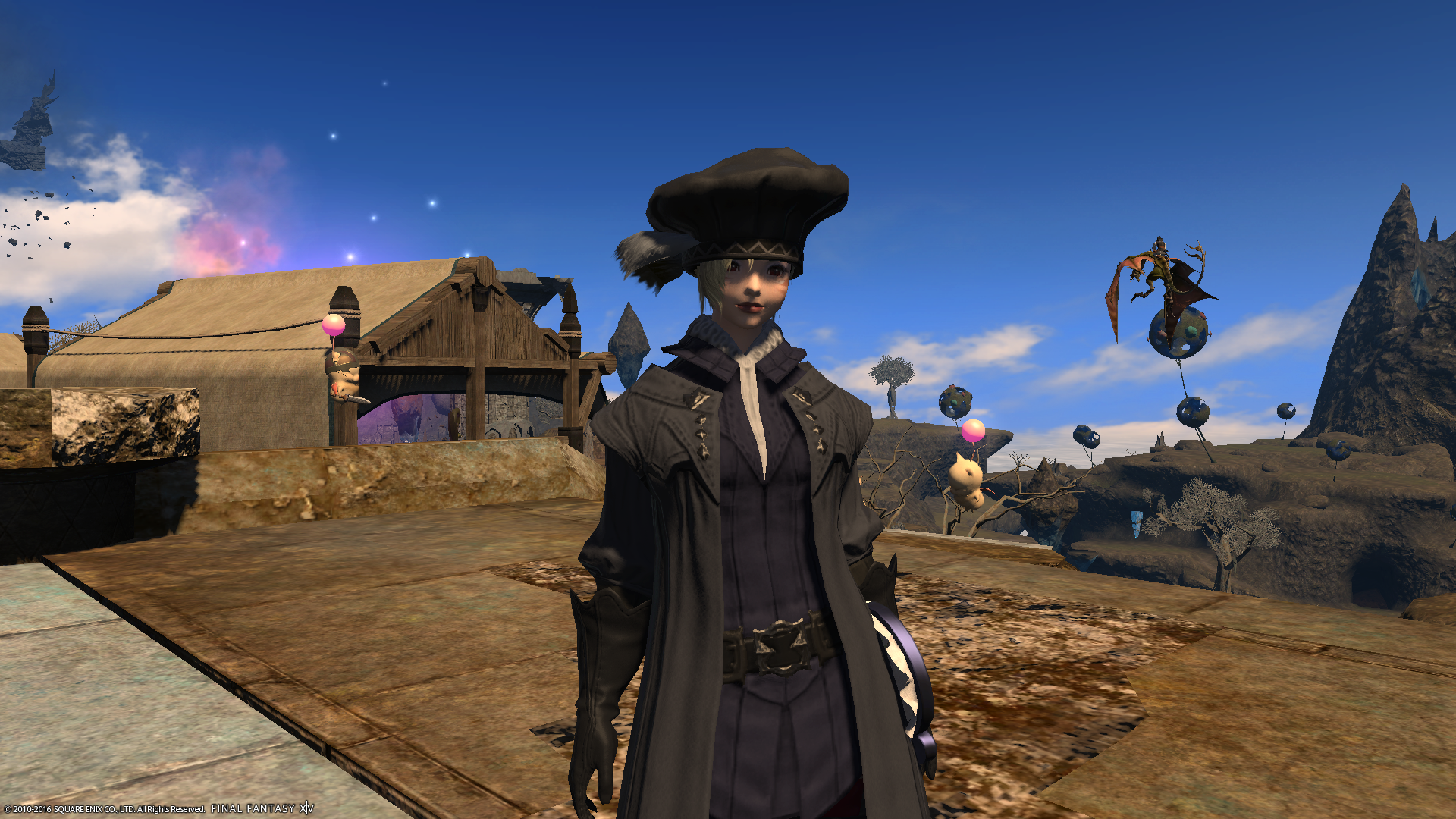