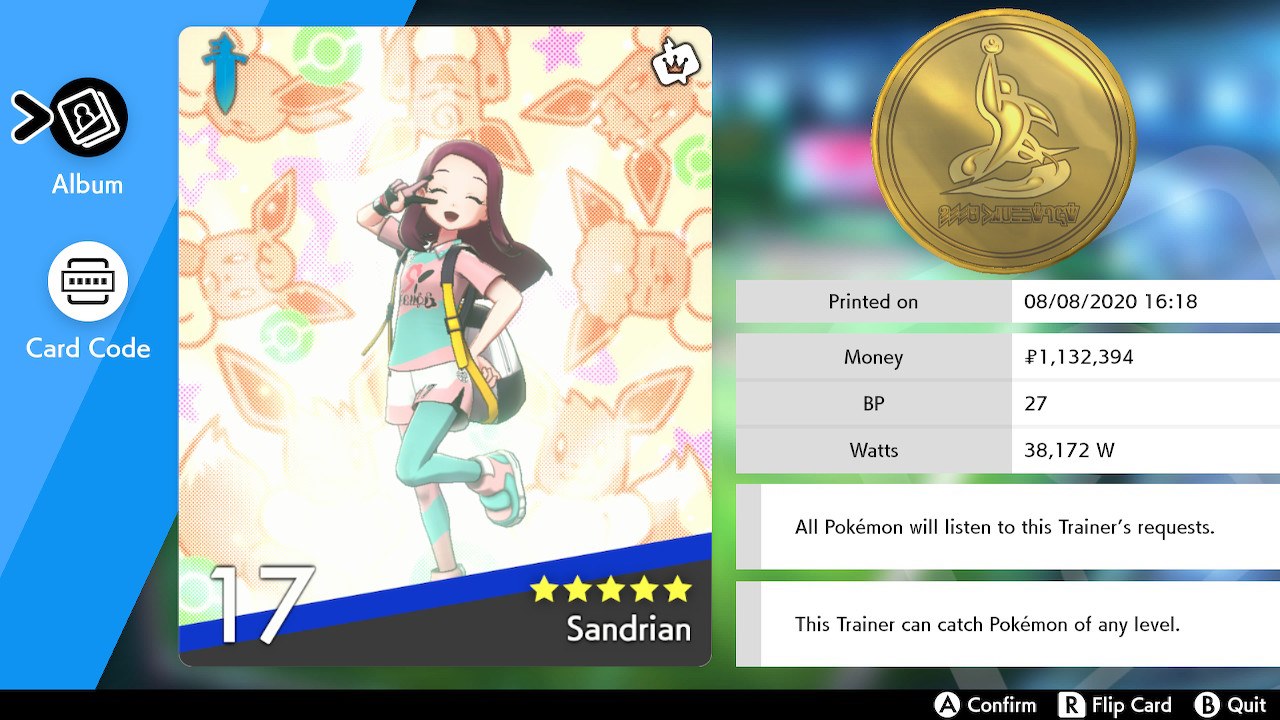 As of today I can actually call myself a Pokémon Master. I have caught them all! Well atleast I caught all the Pokémon of the Galar region Pokédex, which still amounts to having to have registered 400 mons in total. I’m thrilled! I knew I set this as goal when I got the game and I have been working towards it on and off for the past half year or so. I’d have weekends where I would sit down and grind for a few hours to get everything into the correct evolutions or where I would fish/walk around for a while to catch that one elusive Pokémon. I’ve even tampered with the date settings on my Switch to get the right weather type to spawn, since some of the final Pokémon I needed only spawned in one or two locations and then also with only with a certain weather type.
Eventually it all came down to needing some Shield exclusives, some Pokémon that would only evolve by trading them and then four or five more Pokémon that I could catch in Sword. I went over to my best friend yesterday to get the Shield exclusives and the trading done. I got there needing 30 Pokémon still and by the time I left I was down to four more. I managed to get three of them at home yesterday evening and then I only needed Sylveon, which I could either wait for to spawn in the wild or train up an Eevee and hope it would evolve into Sylveon. The second method would require me to make quite some effort to get it to love me. But lo and behold, another friend happened to have Sylveon and was willing to trade it to me, even if it was just for me to register it in the Dex. So we did just that this morning and now I’m finally complete!

I’m really happy with this achievement. Pokémon as a series has been the only gameseries that I’ve played consistently since I was a kid. There’s only two generations of games that I’ve skipped, them being Black/White 2 and UltraSun/Moon. I think the time inbetween those games and the previous installments coming out were just too short so I skipped over them. I do intend to go back at some point and play them, but for now I’m content with having those skipped. It’s also the first time I’ve actually completed a Pokédex since the beginning. As I mentioned in an earlier post I remember having around 146 Pokémon registered on my original copy of Blue but then for some reason I reset the game. I think I also did quite an attempt of getting them all on my copy of Pokémon Silver, but that save has been lost by the battery running empty. After that I have made attempts here and there to atleast complete the regional Dex of any game that I played but with every new installment coming out that got more and more difficult. I think the last “big” attempt for me was with Pokémon Moon, but I stopped trying at some point and never really picked it back up.
So yeah, big accomplishment for me and a big goal of my “ultimate gamer goals” list has been crossed off.

Of course with the addition of the Isle of Armor (and the Crown Tundra in the near future) more Pokémon have been added. There luckily is some overlap with the normal Galar Dex so I don’t have to catch an additional 211 Pokémon but only around a 100 or so. However I think I’ve had my fill of Pokémon for the time being so I’m going to put catching more Pokémon on hold so I don’t burn out completely on the game.