Blizzard made a very good move with the release of their new Hearthstone expansion: Whispers of the Old Gods.  Next to introducing another new set of cards (134 in total to be precise) they have launched a new mode of play: Standard. Standard mode will only use cards from the last two years of the game, meaning that older expansion and adventure cards will not be used in this format anymore. It will also be the new official tournament format, something I actually quite cheer on. For someone like me having a format where I don’t actually have to catch up on hundreds of cards is a huge deal. For new players it’s also very nice since it’s easier to create “good” decks due to limited use of cards plus there are some mandatory cards that are rendered more or less useless now (I’m looking at you Dr. Boom) giving people much more freedom in deckbuilding. It will also allow for a more shifting meta, all to keep the game fresh.
Ofcourse for the people who are disappointed and have a really big collection of cards there is a game mode called “Wild” where all old cards are still usable. And there will be some Wild mode tournaments going on as well, meaning all the money people may have put in their collection will not feel like a “waste”.

What makes the launch of this expansion so good, in my opinion, is that Blizzard compensated the reduced usage of cards with “free” Old Gods packs. Some earned simply by logging into the game now that the expansion has launched, others earned by winning a grand total of 9 games in the new Standard mode. All in all this earns you 13 WotoG card packs, giving you a nice boost in deckbuilding with the new meta in mind.
Unfortunately the cards from my free packs haven’t been that amazing, but I managed to gather enough Dust from disenchanting old unused cards that I run a decent Shaman deck for Standard mode now and I am enjoying myself very much doing so. It feels much easier to make a decent deck this way and the Old Gods cards themselves are interesting. Add up the fact that next to the 13 free card packs you also get a free Legendary card, C’Thun, and two basic cards to use so you can buff C’Thun. The how and why of this I won’t explain in this post, but it helps new, returning and old players build new decks easily, something the game desperately needed.
As added bonus, it also makes it easier to decide what Adventure one wants to unlock first. Since Adventure cards are rotated out aswell, it’s wisest to always go for the newest one. The downside to this is that not only are the Adventure cards rotated out, old “unused” Adventures are no longer available to be played to new players. Only the players who have unlocked atleast one wing of Naxxramas are able to unlock and play through the rest. Anyone who starts playing now will not see the Adventure at all, and that kind of makes me sad. 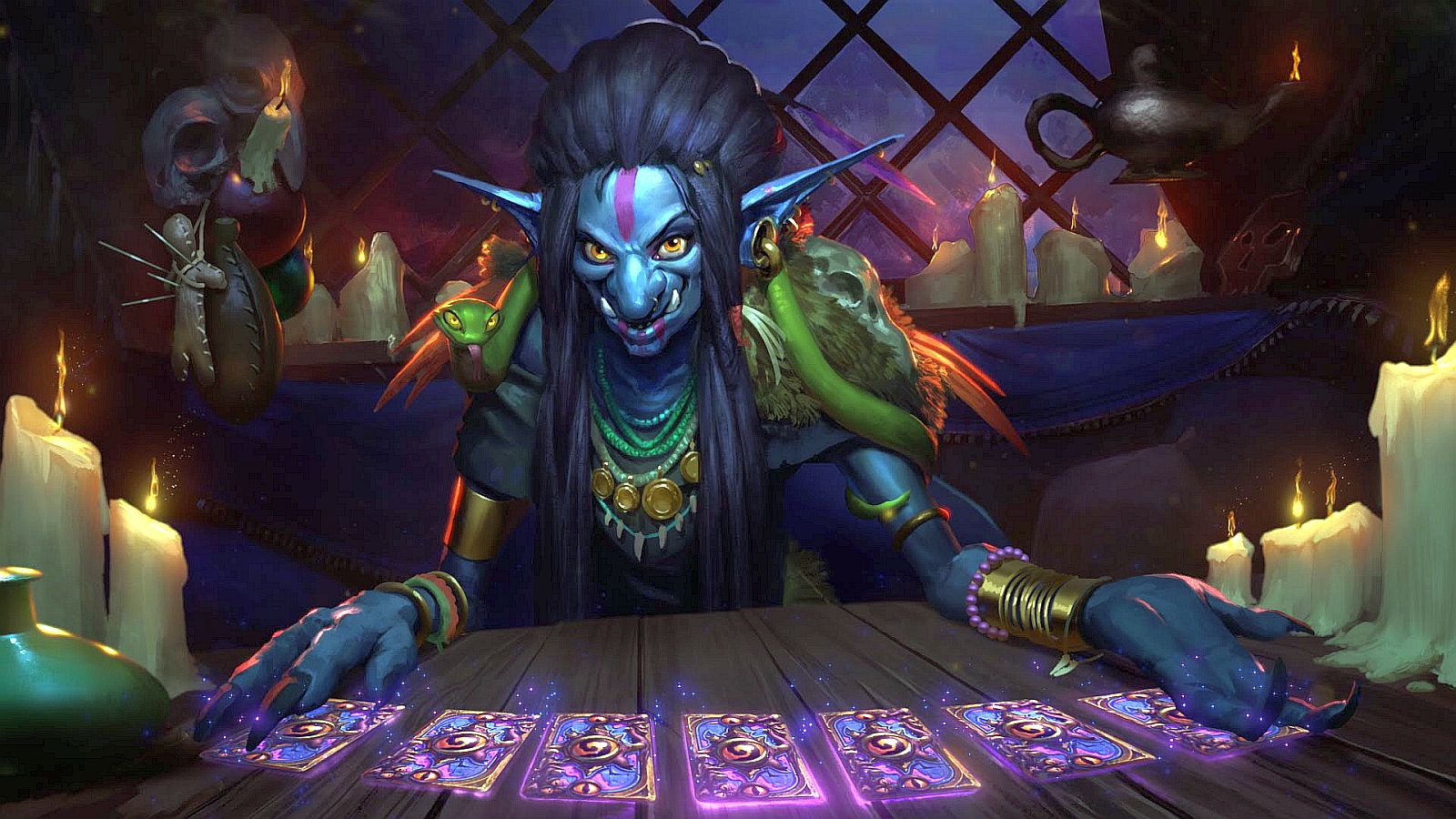 All things considered this expansion  caused me to promote the game among my friends, telling them that NOW is the time to get playing because the game technically got a soft reset. It also made me want to play more again and be more serious about climbing the ladder (and consequently get better rewards at the end of the month).
And when a game company achieves that with me, they have made a very good move.

Now, will YOU be inspired to play with the Old Gods?