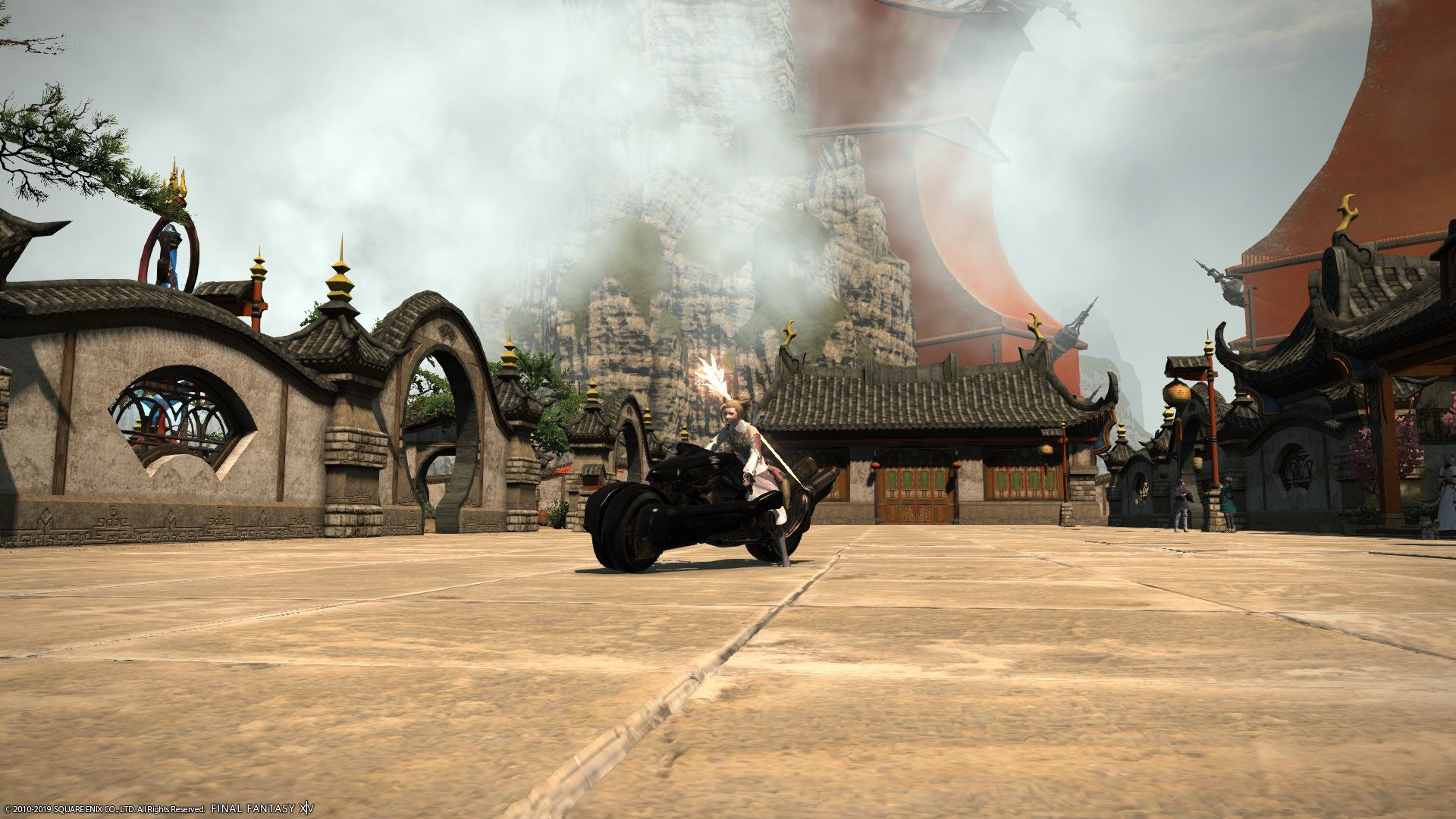 In the spirit of setting my own casual goals I’ve started to wrap up some endgame content in FFXIV. Even though I had caught up to the 4.4 story I hadn’t touched 4.5 untill tonight. With some help from a friend I tackled the new dungeon and got the 4.5 story done. I’ve seen a few interesting plot twists, including the real identity of “Shadowhunter” (spoiler! it’s Gaius, yes, that Gaius) and am now patiently awaiting the final patch where supposedly I turn into the Warrior of Darkness. My gear still remains on the bare minimum to do content however. As of right now I’m sitting at ilvl 364, which is only 4 above the bare minimum needed. A big part of this is to blame on my weapon which is sorely lacking behind compared to all my other gear. So my big focus right now lies with upgrading said weapon and I have a two-route option to do so.
The first one is to farm Tomestones, the Mendacity kind to be precise, and kill Kefka three more times. I finally managed to kill him for the first time on Sunday and I have to say the fight wasn’t as horrible as I thought it would be. So that’s Sigmascape wrapped up and a new minion, scroll and weapon possibility to chase. I also count that as baby step number one because I know I’m sorely behind on this content and I do want to see Omega through to the end.. So I expect some more catching up in the future.
The second route is to keep on farming Heaven on High. You need to exchange your gear strength for 10 tokens and I’m currently sitting at 2 with the possibility of getting 4 more, which still leaves me with 4 to get. The weapon is a slightly better one than the one I get via farming Kefka (it’s a 5 ilvl difference) and the queues for farming Heaven on High aren’t actually that bad. It’s quite easy to just take an hour of my time and run 3 Heaven on High instances and pray for tons of silver chests. It also nets me Mendacity and Genesis tomestones which I can then use to purchase more gear for my WHM or my alt classes. My priority though lies on getting that weapon upgrade so that is what I’ll be focusing on for the forseeable future.

In other baby steps news. My Blacksmith made it to level 30 which means I only have my Alchemist and Leatherworker to go. Since I’ve decided to take the lazy route and just level it up via Ixali dailies I don’t expect them to be 30 in a day. Basically the Ixali dailies give about two levels when I do all of them per day and it takes me about an hour to do them. Right now I’m not really pushing myself to do them every day but whenever I feel like it and it seems to work out for me. The progress is there, just slow and it’s really a task that I do if I don’t find anything else to do.

Next to FFXIV I’ve been slowly pushing up my Nightborne Mage in WoW. She’s just hit 90 tonight and I’ve done about 10 levels of progress in Mount Hyjal alone. I’ve not taken a character through that content in a very long time and I have to say that about 8 years later the story still holds up and the zone is still nice to level through. Chucking bears out of trees, rescuing animals, riding a gryphon while lancing Twilight Scum out of the sky. Killing black and twilight drakes. It’s so much lore that has gone to the background with WoD, Legion and now BfA. It makes me nostalgic for what Cataclysm was and how much fun I had raiding Firelands and Dragon Soul. It was interesting to see the struggle between the Twilight Cultists and the Legion. I forgot that they actually weren’t the best of friends. Now I’m on the doorstep of Warlords of Draenor and I want to get that done as fast as possible. As far as leveling goes it’s my least favourite expansion, simply because of too many Orcs… Especially on Horde side. I hope I can keep the zones I need to do there limited to a minimum but I guess I’ll see when I get there. Only 20 more levels to go for my Heritage Armor atleast so that’s a nice goal to work towards.

In Kingdom Hearts I’ve gone through Toy Story world and have landed in the Kingdom of Corona, aka the world of the Disney movie Rapunzel. I’m still having a blast playing through the game. I’ve been trying to unlock as many things as I possibly can and have made a ton of headway when it comes to the cooking section and the classic mini games section. Unfortunately I’m not that good with spotting the Mickey Mouse heads so I’m probably going to look up a guide once I beat the game to get all of that stuff done. I’m hoping to finish the Kingdom of Corona somewhere this week and move on to whatever world is next. It’s a time consuming game, I’m only 10 hours in and I feel like I’ve just scratched the surface, but I can’t wait untill I see how the story plays out. Hence I’m avoiding spoilers and any Kingdom Hearts 3 related content like the plague online. I want to see and finish this in my own pace. Even if that pace is baby steps.