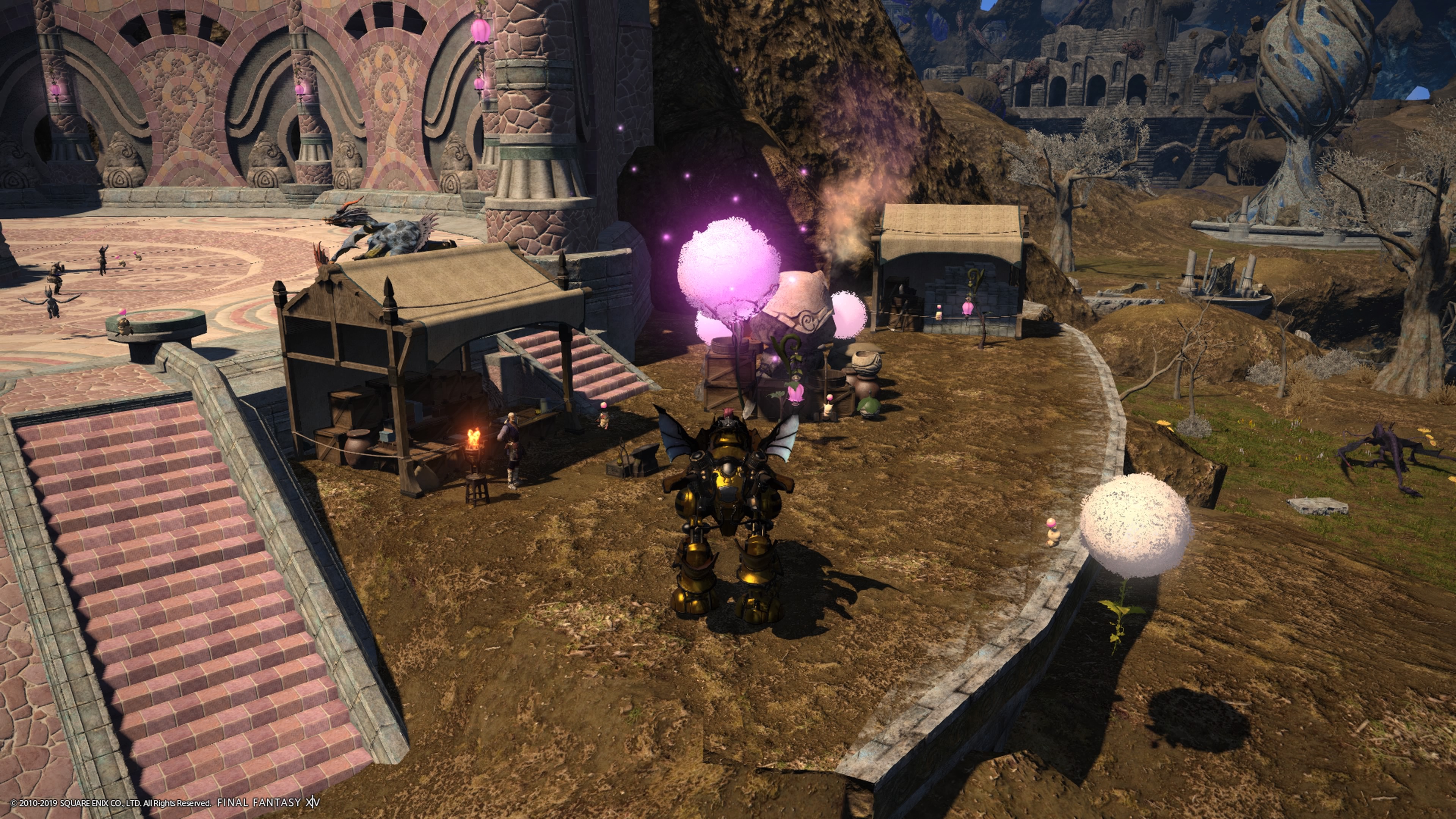 A lot has happened since I posted my November goal post. Blizzcon has come and gone, patch 5.1 has launched in Final Fantasy XIV and I’ve made the decision, and started the process, to buy myself a car. I’ve been pretty busy with real life stuff so gaming has gone onto the back burner a bit right now. Having said this, I still managed to find time to churn through tons of crafting dailies and take advantage of the hefty experience boost that Square Enix has implemented with the latest patch. As such I’ve gotten both my Blacksmith and Armorer to level 70 and my Leatherworker is currently somewhere in the 40-50 range. I’ve also managed to get my Monk to level 80 the past week so I’ve been dutifully working through my FFXIV goals. Instead of picking up Samurai straight after I decided to level my Paladin instead, purely because I want to see the tank story line from Shadowbringers. As a friend of mine put it I’m “bumrushing” the process and am currently sitting at level 73 after two days of doing the new Pixie beast tribe dailes, a ton of FATE’s and roulettes which provide me with very nice instant queues. I may even push to 74 after this post goes live and I do Mainstory roulette.

On the flipside there is the World of Warcraft where I’ve basically stalled out the moment I got my Mechagon rep to Exalted. Right now the 15 year celebration is going on ingame and I will probably poke my nose in and get the nostalgic raids done, purely so I can get the mount and then scoot out of there again. I may also do the PvP event but I’m not sure about that yet. As far as other WoW news goes… I’ve seen the trailer that announces Shadowlands and I should be hyped but for some reason I really am not. I guess Battle for Azeroth kind of soured my enthusiasm for WoW and I’m pretty skeptical about what is going to happen next. Sylvanas being the big bad isn’t surprising but I really wish Blizzard didn’t go that route. I will most definitely get the expansion, seeing as I’m still a big enough fan to play the game but I’m noticing that I’m enjoying myself more in FFXIV right now than I do in WoW.
In related fashion I’m also not terribly hyped for Diablo 4. I mean, I poured a lot of time into Diablo 3 when it launched and through all the changes and the expansion and DLC but for some reason I just can’t seem to get back into the game on my PC or my Switch. The “looter” genre isn’t really appealing to me right now so maybe when we get closer to launch I start feeling a bit more hyped but for now I’m not even sure if I want to get the game to start with.

As for my blogging right now. I’ve not really felt the urge to write or read anything for the past few weeks. My Feedly is kind of exploding with unread posts but I’m mostly just scrolling through them and not really reading what they say. I’m not sure why it’s like this and it’s probably a temporary thing but for now I’m not that engaged with the blogging community as I would like to be. I’m also a bit sad after seeing the League of Legends World Finals today. G2 has been the team I’ve been rooting for the entire season and it seemed like they were well on course to grabbing that very sought after World Cup. Unfortunately it wasn’t meant to be. I can’t imagine how devastated these players must be feeling right now and I can only hope the team will take this as a learning experience and come back stronger next year.

Next friday the new installment in the Pokémon series comes out, I hope that will trigger my need to blog a bit because I will probably be all over that game. Untill then… Stay tuned I guess?