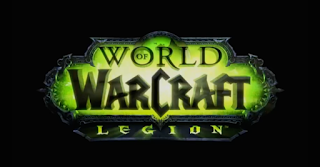 Lore
From what the initial panel showed us, Blizzard is trying very hard to make up for the absence of lore in Warlords of Draenor. Not only are we continuing the fight against the Burning Legion, which will apparently be a bigger invasion than the War of Ancients was, we are also going to explore the Emerald Dream/Nightmare, have a run in with Azshara AND finally find out what happened to Alleria and Turalyon.
It’s almost like a lore overload. A tiered cake of lore. You want more lore you say? Here we shall add another tier, and another, and… another. It feels rather overwhelming to focus on that many “big” stories at once. May I remind people that there have been rumours of an entire Emerald Dream expansion instead of the “addon” we get right now?
And Aszhara. She has been surrounded with so many mystery. She made a short cameo in Cataclysm if you played through the Darkshore story quest. She was once the most powerful being on the planet. Anyone who has read R. Knaak’s “War of the Ancients” knows that even Mannoroth could not do anything against her. That makes for a pretty damn powerful woman. I had hoped she would get a bit more attention than just a sidezone in an xpac, but we don’t know what Blizzard has planned yet.
And then there’s the brief mention of Alleria and Turalyon. People have been wondering for ages what happened to them. They went into the Outlands only to disappear and never be heard from again. What has been their story? Can Blizzard do right by them?
And ofcourse there’s the Burning Legion arc, which is a direct continuation of the story so far in Warlords of Draenor. We will be dealing with the biggest invasion ever, and might even get to deal with Sargeras himself? Who knows!

So yeah. What I mostly see here is Blizzard’s attempt of knitting together a lot of loose ends that have been created throughout the years in the Warcraft universe. Lore that people have been yelling for, for years. The question is, will they succeed in doing this?

1. The expansion is an utter piece of shit. Lore is treated badly. The new gimmicks of Artifact Weapon and Class Halls suffer the same fate as Garrisons do now and people are disappointed. Sub numbers keep dropping and Blizzard will eventually either pull the plug from the game or decide it to go f2p. After 10-12 years it has served it’s purpose, it’s time to look to the future and focus on a different project.

2. The expansion is amazing and truly the pinnacle of the World of Warcraft. We finally get a lot of answers, if not all, to all our lore questions. The newly implemented features are great. PvP is finally in a good place. Sub numbers rise again and people are happy. The question is WHAT THEN?! Since it looks like they are tieing all loose ends in this expansion will people be open to new stories? New adventures? Or is this the end to the Warcraft story, which is good, and will Blizzard make it like Final Fantasy XI, it will still be around but there won’t be any new content added. Instead we are groomed towards a new MMO, a better MMO. Warcraft 2.0?

So yeah. These were my first thoughts to make it to my blog on the newly announced expansion. I will probably write more about it when the dust has settled down a bit and more details are being brought out.
As parting words I will only say: OMFG DEMON HUNTERS! DIBS! ROLLING THAT!