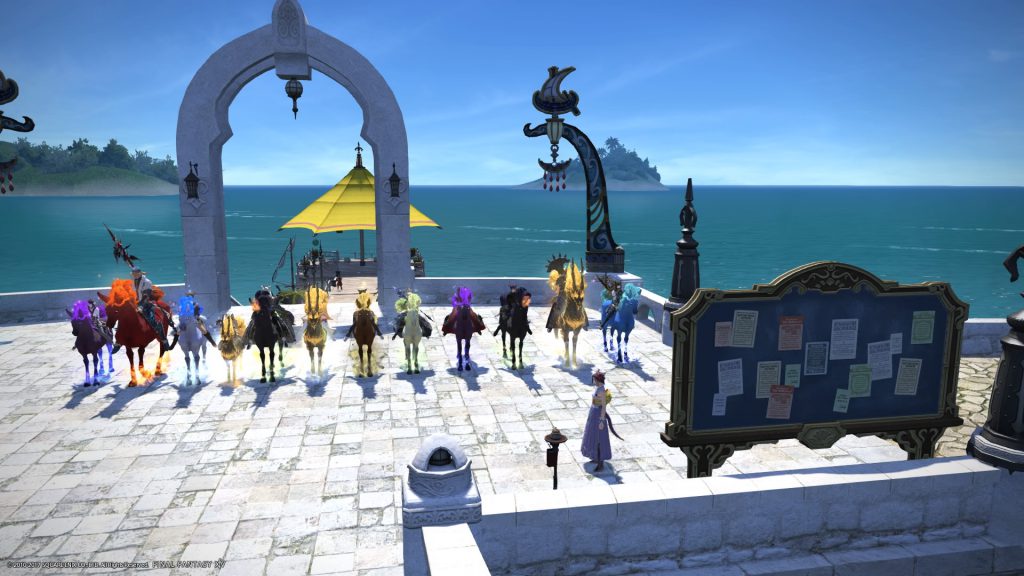 I have gotten into a new FC on my main character a few weeks ago to properly prepare for Stormblood. I didn’t want to go into another expansion without a group of people I could do content with so I made it a priority to find a group and so I did.
I’m super happy I’ve taken this step. It’s a very active FC that organizes a lot of events for their members. I’ve seen a grand FC lottery so far, an evening of pony farming, clearing old coil synched, clearing A10S and much more. There’s always friendly people online to help with things and I’m more than happy to help these people myself aswell. It feels nice being able to log on to this type of community after trying to find one for a very long time. Hell it’s made me think of my old World of Warcraft guild of ages past where being in a guild actually meant that you had people to play with and do content with. Where helping eachother out was normal and you would always be doing something with someone and enjoying yourselves. 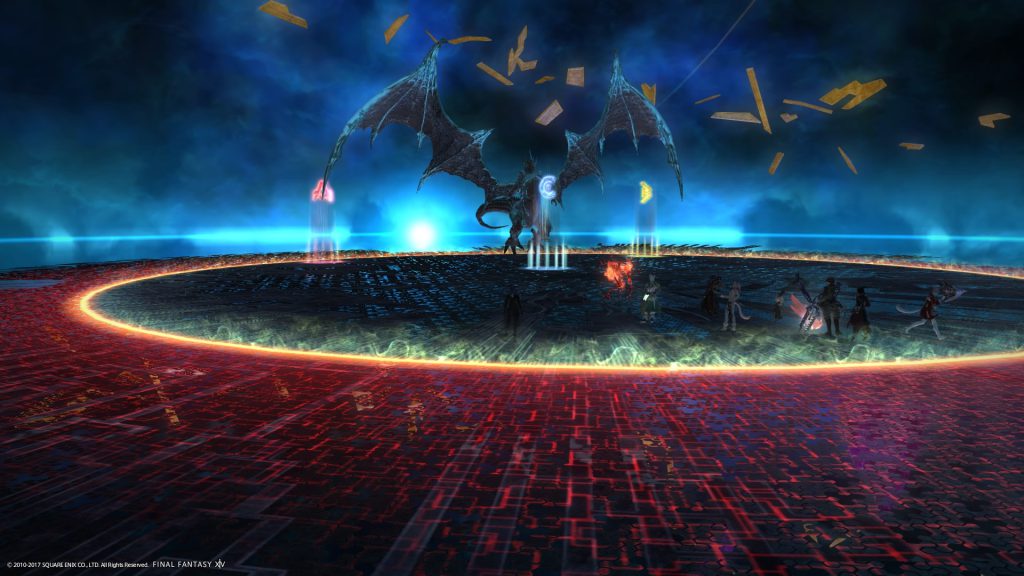 All of this has made me really eager to start up Stormblood. We are less than two weeks away from early access now and I can’t wait to jump into all the new content. I’ve settled on playing Ninja as main. I know some people are disappointed with the Ninja design in Stormblood so far but I’m actually quite happy that not too much is changing. The class really needed a pruning of some abilities that, honestly, were never used. From what I understand we’re losing smokebomb and silhouette together with dancing edge and sneak attack. All for the better. Poisons will now be a standard passive buff, so you can’t forget to apply them, but we will lose the Mug heal as a consequence of this. Unfortunately mutilate has also been put on the chopping block meaning that, with the changes to the rest of the skills, ninja will just have all three step combo’s from now on. One for armor crush, one for spinning edge and one for shadow fang. I’m not too thrilled with this (they could’ve kept shadow fang a two-step combo) but I guess this is the direction they wanted to go in. Luckily for me switching to any other class is not really a hassle in this game so I’ll just wait and see how things will work out. 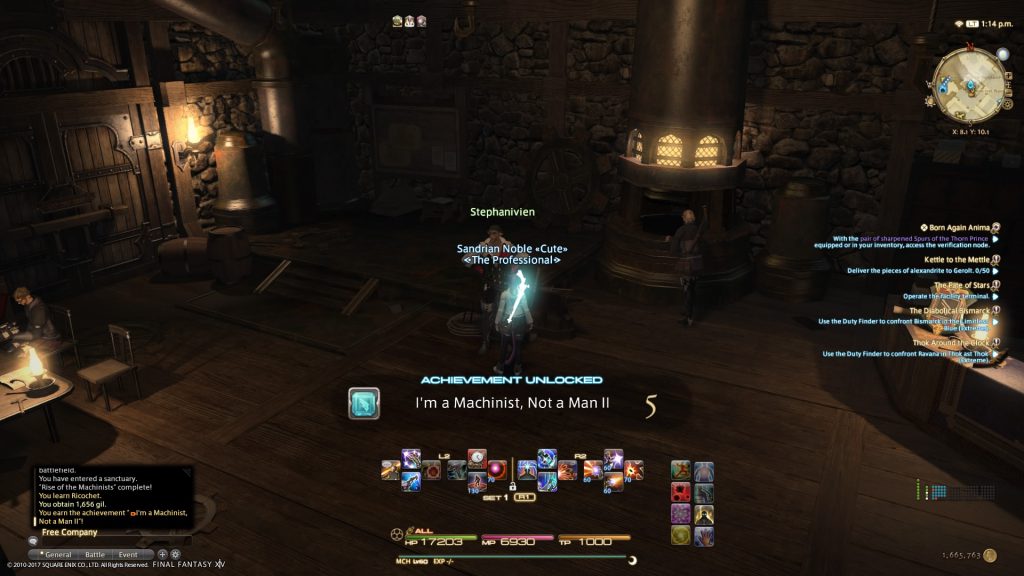 In the meantime I’ve been on this rather weird levelling spree. I had gotten my DRK to 50 in my last blog post but since I’ve also levelled my Machinist to 60 and completed the questline on that. Running Palace of the Dead may be slightly mind numbing, but it’s by far the best way to level your classes right now and it took me about 2-3 hours to get the last two levels for my Machinist that way.
I’m not really sure where I want to focus on next. There is still the Relic Light grind looming over me that I will have to start doing at some point. I know that doing level 60 content fuels it and I know that farming A1S is the best and fastest way to get this step done but I just can’t seem to motivate myself to do it. I’m also a bit torn on what I want to level next in PotD. It’s either going to be Summoner or White Mage. The problem I have is that I have 0 casting gear for level 60 while I do have a full healing set ready. So both classes are doable if I intend to go Scholar at 60. Which I actually am trying to avoid. Seeing as the expansion is only 11 days away though it doesn’t really matter what I pick up at all since I won’t be bothering to level anything but Ninja for a while. That being said I will probably spend most of my time getting my classes up as high as possible through PotD so I won’t be too far behind come Stormblood.
Which means a lot of idle hours in Quarrymill… Shooting fireworks. 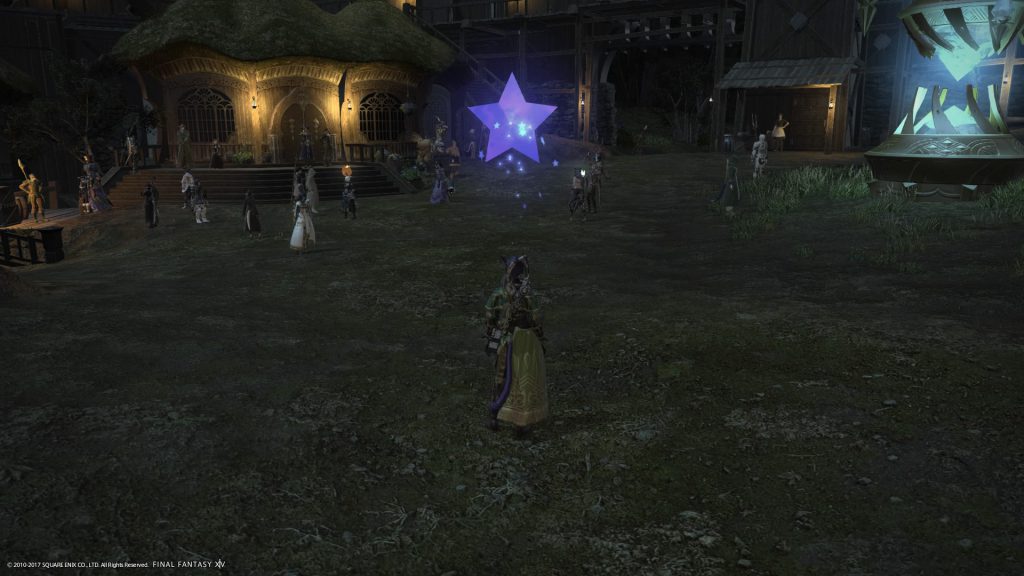 All in all the Stormblood hype is getting more and more intense. I really hope the expansion is good, the new relic weapon will be interesting and the new classes will find their niche in the raiding world. As for now I’m going to dive into some more PotD. Catch you guys later!