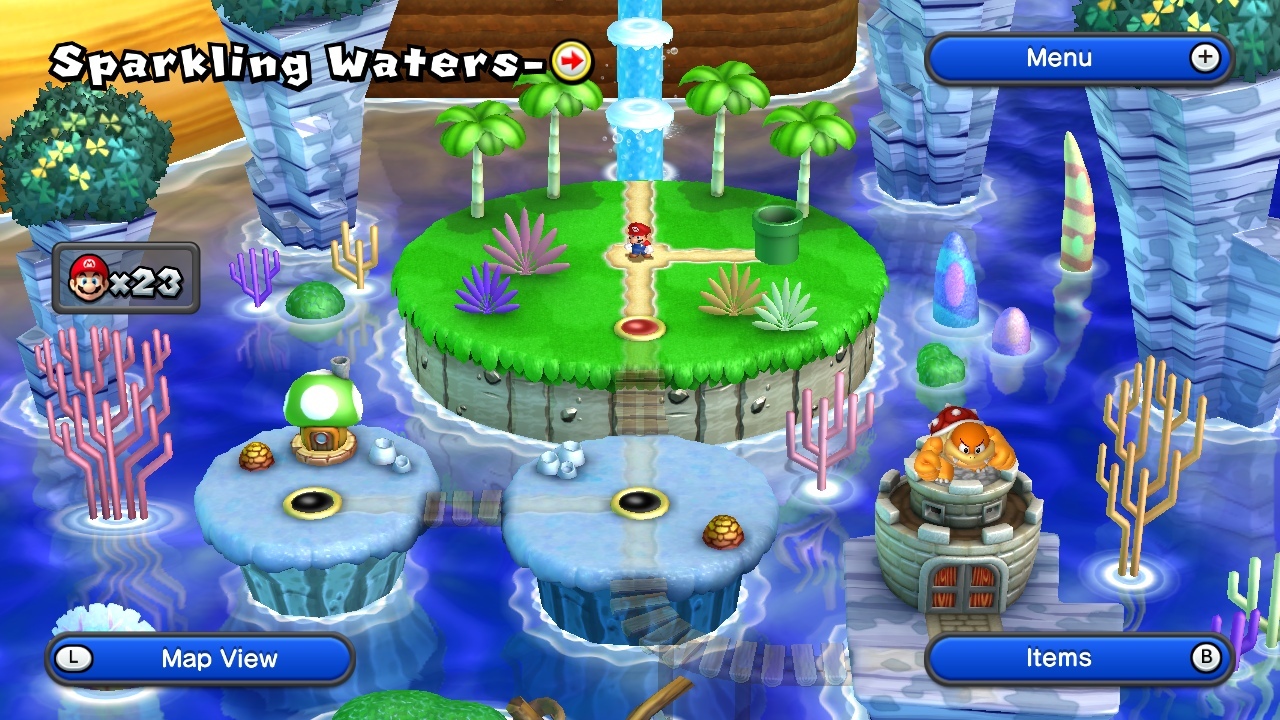 It’s a time! For the review of my first game of my Summer of Platformers. And really, would there be any surprise if I kicked off with anything else than the icon of platforming himself? Yeah I didn’t think so either.
To say that this game has been one of the most frustrating experiences I’ve had in a while would be an understatement. I’ve cursed and raged and almost threw my WiiU gamepad across the room. Nonetheless I finished the game today and it’s been a wild ride.

Initially I thought I had picked an “easy” game to start out my Summer of Platformers with. I mean, Mario is generally a kids game right? There is no way that I’m bad at a game aimed at kids. Hell I think my best friends’ seven year old kid would probably have a good time going at this game. Boy was I wrong.
I’m not sure if it’s the WiiU controls, you’re kind of forced to play it with the gamepad as single player, or if I’m just this rusty when it comes to platformers but I seriously considered just putting down the game and not look back at it instead of pushing it through to the end. I had one game over, which means I managed to go from over 30 lives to 0 somewhere during the final few worlds of the game, and I actually used the “Super Guide” function to play through two levels that were just so frustrating that I couldn’t do it myself. As such I have slightly cheated in finishing this game but what’s done is done. I have skipped getting a lot of the star coins and I’m definitely not touching the super special world that opened up after I defeated Bowser. I’ve watched some gameplay of that on Youtube and immediatly noped the hell out. I mean, I can’t even get through all the regular levels without help from the Super Guide, imagine me doing levels that require super clutch platforming skills.

It took me roughly 10 hours and 30 minutes to defeat Bowser. I’ve never once gone back to do a level when I thought that I wanted to get a coin that I missed and I didn’t necessarily stop and do all the Toad Houses for bonuses either. There’s definitely two hidden levels that I haven’t unlocked that I know of and probably even more. As such I consider this playthrough a “main story” run only. Looking at the numbers on howlongtobeat this puts me an hour above the average game time for people that only beat the “main story”. I’m putting this in quotes mostly because it’s a Mario game and as such it doesn’t really have a story beyond “go save Peach.. again”.

I can’t be all negative about this game. For a game from 2012 (God has it been that long?) graphically it still looked pretty fine. I forgot that the WiiU wasn’t necessarily a piece of junk hardware and the games that Nintendo developed for it look pretty decent still. It was a true Mario game with tons of colourful characters and silly music. I do always feel bad that I have to beat up all of Bowser’s kids before I get to kick his ass, then again they are in cahoots and are making my life difficult so in a way they deserve it right? I also have to say that I enjoy the flying squirrel suit and the levels where I could take advantage of that were more of a breeze than the ones that required really tight platforming. The Yoshi levels were interesting aswell, especially after I found out that Yoshi will eat almost everything when it comes to enemies, significantly reducing the difficulty of some of those levels because of it. On the flipside the moment something would touch me that shouldn’t Yoshi would chicken out, causing me to have to run after him and getting myself killed in that process more than once. Wuss dinosaur.

All in all I’m happy that I picked this game to start off my challenge with. It’s definitely on the harder side compared to a Kirby or Yoshi game. It felt immensly satisfying to finish it though and I’m already thinking about what I want to tackle next. It also helps that I finally feel less guilty about owning a WiiU after beating this game. I’ve had it for a while now and it’s finally getting the love it deserves. For now though this game is going on the “completed” pile and I doubt I will return to it anytime soon. Maybe when I’m drunk and every other game I own in my library has somehow been deleted.

Peach has been saved. Bowser has been sent off.
Number of games completed for my Summer of Platformers challenge: 1.