After my post from yesterday I didn’t think I would be able to finish off Kingdom Hearts 3 this weekend. I had barely started San Fransokyo and I knew there would be a ton more story to come. To put it in perspective, I was about 23 hours played in at the time. Yesterday evening though I decided I’d pick the game back up again to get a few Caribbean related trophies, which I got. After dinner I decided that I wanted to finish San Fransokyo. The world was shorter than I thought and, unlike other worlds, you didn’t follow the story of the Big Hero 6 game but actually played in a fictional setting sometime after the movie. Maybe this setting is covered in the cartoon but for me it was entirely new.
It was a shorter world than I thought and I finished it relatively quickly. The final bossfight was interesting but not too hard and then I was faced with a choice. Push forward to the next part of the story or stop here?

I decided to push forward and didn’t stop untill I finished the entire game.
As you can see from my report card at the top it took me roughly 32 hours to get to the ending. This was with detours here and there to get some trophies or to get some extra levels in on Sora to make the game a bit easier for me. The last few hours were a rollercoaster ride for me. (Incoming spoilers now!). After defeating the initial wave of Heartless at the Keyblad Graveyard it seems all hope is lost and Darkness wins. Sora is sent to the “Final World” where he has to collect pieces of himself so he can go back to his friends again. I wasn’t surprised that Square had to add atleast one seriously trippy level to the game and this was it. After you “collect” all of Sora’s fragments the buildup to the real ending begins. You need to save all your friend who were lost, and do exactly that. After that you go back in time and face the Heartless who beat you the first time around but this time you fight them. At some point you get help from all the keyblades of the Keyblade Graveyard which produces an awesome sequence, although my thumb really started hurting after mashing the triangle key for 2-3 minutes straight. It’s really cool how Square uses PSN names of actual people who own the game to help you defeat the gigantic big bad.
Then came taking down the members of Organization XIII. I made sure to outlevel them using the Battlegates provided at every save point. I didn’t face off with Xehanort untill I had gotten Sora up to atleast level 50. All the cutscenes inbetween of members fading away or, as Sora put it, getting to be recompleted again were very interesting.
The final battle versus Xehanort was intense. With the flying and swimming and just floaty stuff in general it was quite easy to lose track of my whereabouts. I managed to take him down, obviously, and was finally done with the game after 1AM. At that point I just set back and enjoyed all the cutscenes that played and let the credits roll out in their entirety. During the credits there’s also some adorable scenes from the Disney Worlds you visited so that was a nice added touch.

As far as the actual ending goes, things left me a bit confused. I didn’t really make the link to the four people in animal robes untill I googled it and apparently they appear in the Kingdom Hearts mobile game. I’m really curious as to who Luxu/Xigbar is and how Maleficent ties up into all of this. Did she help Xigbar get the black box? Is there going to be a new Organization? Even though Xehanort is obviously gone it seems that Square is leaving the door wide open for the story to continue.
As for Sora and Kairi. I’m not sure if he found Kairi and then disappeared or if they’re both still gone. I know that I can unlock a hidden movie from finding and photographing all the lucky emblems in the game so I’m going to focus on doing that next. I’m also not quite sure how they brought back Naminé. Wasn’t she locked up in Kairi’s heart? It’s once again really confusing and an obvious setup for another game in the series.
Now that I’m done with the mainstory I want to aim to get a few more trophies, even though I don’t think I want to specifically aim for getting the Platinum one in the near future. It involves a ton of grinding and after finishing the mainstory I’m not sure how much grinding I still want to do.

All in all I found the game to be enjoyable, even though shorter than I though it would be. When it first came out Square Enix mentioned that beating the main story alone would take 40-50 hours and to 100% complete the game you’d have to calculate over 80 hours played. Looking at my own time to beat and looking at what I still need to do I may double my playtime to 60 hours if I want to go for the Platinum trophy but nothing more. Was the game worth the full price? Definitely. I cried during the ending, I loved the worlds and I can see myself taking time to slowly work to that 100% completion because the game is just that fun to play. The music is great, the gameplay is fun if you aim for diversity. In theory you can just press X and win the game that way but it’s way more fun to use links and spells and all the specials you can use during fights like the Mad Tea Cups and Pirate Ship. The graphics are amazing and the game does invite to go back and complete it after you finish the main story just with how well the worlds are crafted and the plethora of secrets they still have.
With the announced DLC that’s coming in the winter I’ll have an excuse to hang onto my copy and start playing again then. For now though I can sort of “clock out” and scratch another game off my backlog when it comes to main objective completion.

As bonus I took a few screenshots from the final few hours of the game. They are a bit spoiler-y so watch at your own peril. 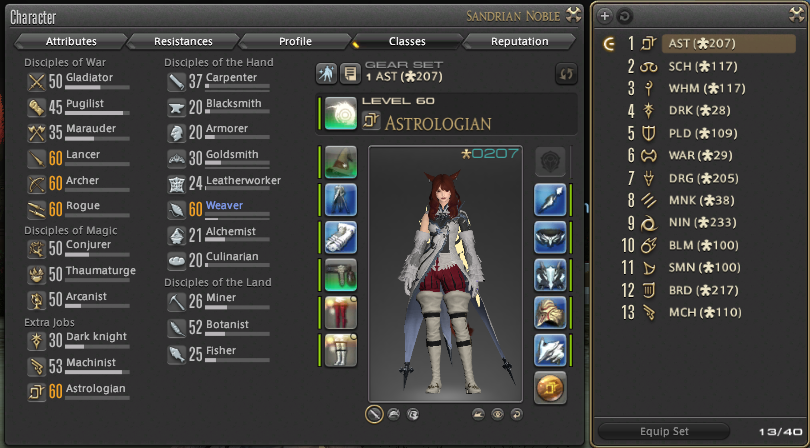