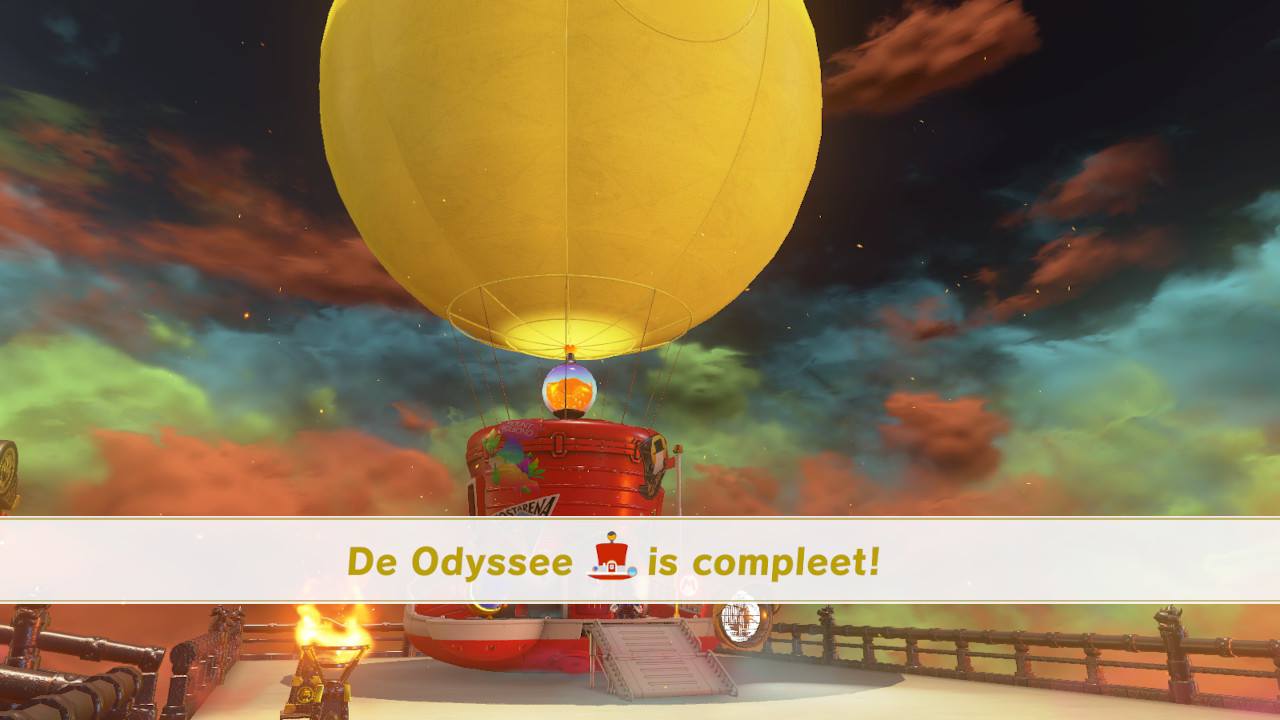 After cleaning out over 300 spam messages I finally found some time to sit down and write again. I know I’ve not been active but I feel like I have to write about the game that has taken over my life for the past week: Super Mario Odyssey.
It’s funny how a game that I wasn’t even that hyped about has become the most fun game I’ve played in the entire year. From the moment I picked up the game on October 27th untill the moment I had beat Bowser I had a hard time putting it down. Nintendo did such an amazing job with this game and I’m so happy that I was able to pick it up and play it straight away. I don’t intend this post to be a review of sorts, I intend it to be a story about my journey through Super Mario Odyssey with a few screenshots added in here and there.

So where to start. I picked up the game on Friday last week and immediatly started playing it. The story for this game is obviously the classic Mario story, Peach has been kidnapped by Bowser and it’s up to you to save her. Only in this game you get a bit of help from Cappy, whose sister Tiara is also kidnapped to serve as headdress for Peach. You see, Bowser kidnapped Peach this time with the intent to marry her.
What follows is a crazy chase by Mario and Cappy through 13 kingdoms to save Peach from Bowser. Each kingdom is meaningful in it’s own way and contributes to the final wedding theme. What makes this game “unique” is mostly the Cappy capture mechanic. You can take over creatures in the world by throwing Cappy on top of them, which often leads to hilarious results. I’ve done obstacle courses as bullet Bill. I’ve built Goomba towers. I’ve taken over frogs, birds, hammer guys and in the end (SPOILER!!!!) even Bowser himself. This mechanic is important because you need it to cross levels, defeat bosses and get to moons and other collectibles in every level. Moons are the replacement of the usual Stars/Star coins and you need a minimum amount to be able to finish the game.

All of this sounds simple enough but Nintendo really overdid themselves with the level design for this game. All of the levels are 3D (with hidden 2D parts!), crazy big and open to exploration. You’re completely free to go almost anywhere and explore everything. Nintendo put in so many secrets and fun crazy little things that you won’t be done with this game for a long time if you decide to chase everything there is to get. You can collect outfits and give Mario different looks. You can collect stickers to put on your ship “the Odyssey”. You can collect interior decorations. All of this with regular coins and special currency tied to each level. And then there is the Moon chase game. There are a total of 800+ moons to collect in the world. Some will only open up post-game and there are even some worlds that are only accessible post-game. I’ve spent hours and hours just wandering through different worlds trying to discover all the secrets they had and I’m not even close (I’m currently sitting on 300 moons).

The worlds themselves are incredibly gorgeous. Obviously it’s not as realistic as say the new Assassin’s Creed but Nintendo really did their best. There are so many details. The lighting, the structures, the shadows. The water physics are gorgeous and you can take some amazing screenshots along the way. 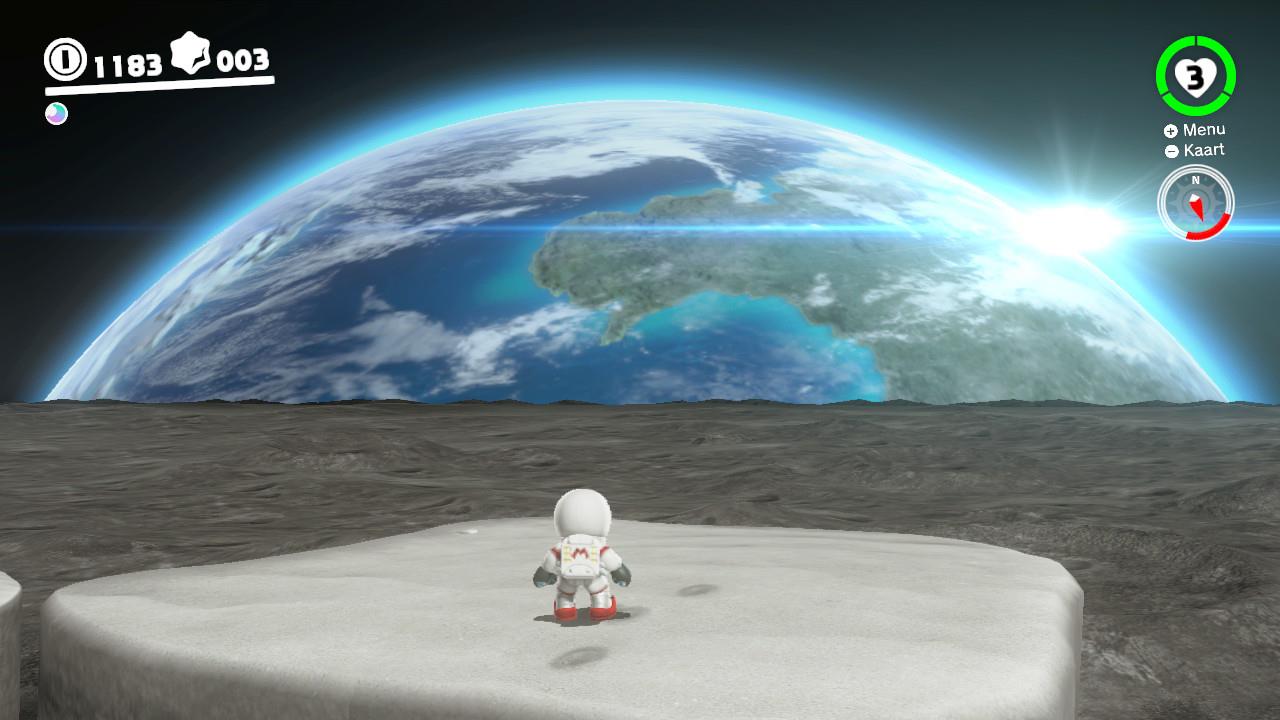 The bossfights are innovative. I’ve had so many crazy mechanics thrown at me throughout the game and they all were a blast to play through and beat, even though I wanted to throw my Joycons through my room out of frustration sometimes. I really want to applaud the team that came up with these ridiculous fights because they ooze creativity and love for the game. It wouldn’t be a Mario game without them.

I had a hard time deciding whether I wanted to finish the mainstory and do all my collecting post-game or if I wanted to collect as many things along the way on my first time through. It eventually became a mix. Some of the smaller realms I decided to just get as much as possible when I was there the first time. For the bigger realms I decided to go for all the obvious collectibles and get back to them later for the rest. I was afraid that if I would lose myself in the collection objective that I would never see the end of the game. So I made pushing through the story, and seeing the credits roll, my main priority. And I’m glad I did.
I’ve seen all the beautiful levels, I’ve fought all the wacky bosses and I was rewarded with one of the best escape sequences I’ve seen in gaming history. I know that I’ve dumped some screenshots and some movies on my Twitter and I’m currently uploading everything to an album on Facebook aswell. I’ve taken a ton of screenshots. Shot some great movies but above all I had fun. The most fun I’ve had in a game for years. And all thanks to Nintendo and their amazing developers who made this journey a worthwhile one, and one that I won’t be done with for atleast the coming months. Because yes, I want to collect everything that’s out there in the game.

I could go on and on about this game and how great it is and go into every single detail but I won’t. I just want to tell everyone who owns a Switch to go out and get this amazing game and write of dozens of hours of your life in it. Because it’s worth it.
Especially when you meet the most adorable puppy postgame! And discover that he also can help you out in your quest towards more moons. 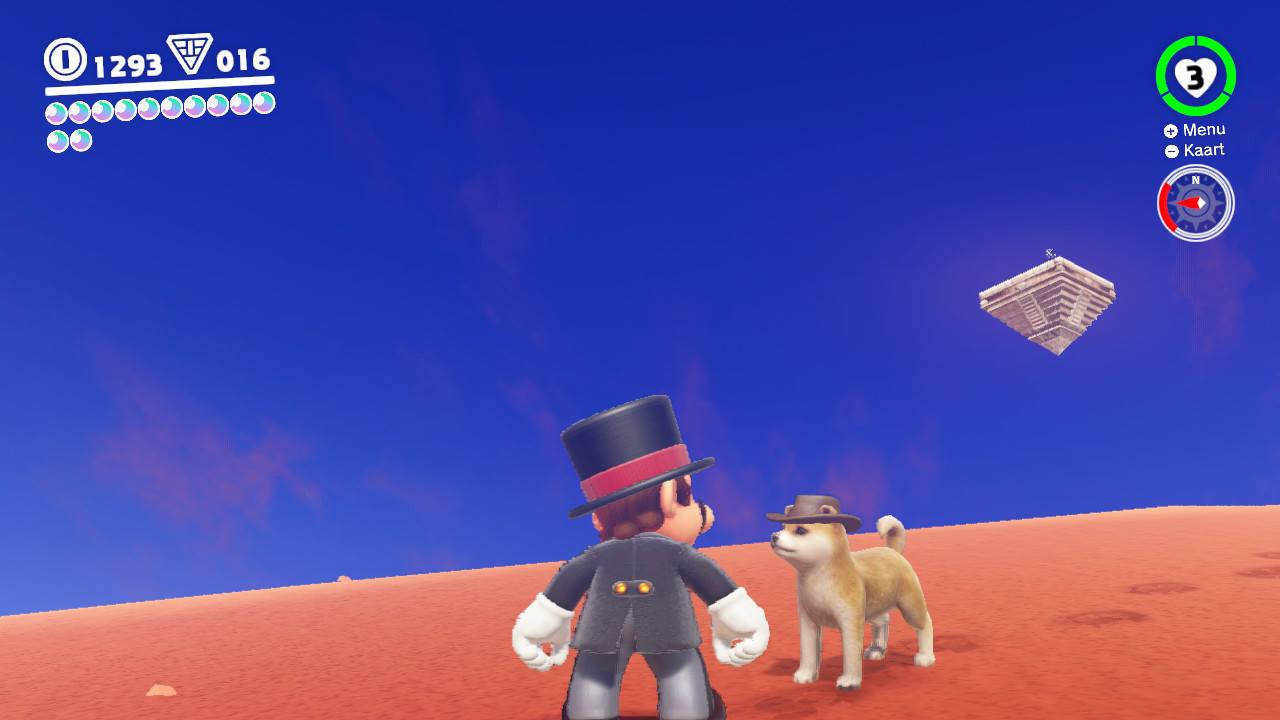