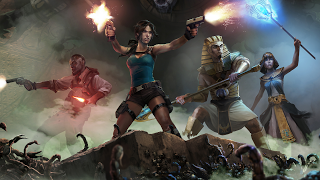 It’s a bit of a slow day today for me. I went out to visit a friend and we went shopping. Or well I went shopping and dragged him along haha. Gaming wise I didn’t do much today. I took my 3DS with me, since I had to be underway for about an hour, and played through the first world of Super Mario Bros!
Another thing on my gaming to do list to scratch off. The problem I have with the Mario Bros game is that you don’t really complete it by just finishing the game. You see every level has three big star coins hidden throughout the level that you need in order to unlock secret bonus levels. I have not been collecting all of them, I’ve been more focused on just playing through the game, but I intend to go back and grab all of them and “finish” the game that way aswell. Some are really impressively hidden so I’m sure it will take me some time to actually find all of them.
And then there are hidden worlds you need to unlock via special cannons… I’ll probably read up on that after I played through the main storyline. Because unlockable content is cool!

Mostly though I’ve enjoyed being outside today, let my skin soak up some vitamin D (ofcourse with sunscreen on) had some nice munchies and generally relaxed before work starts on Tuesday. I have gotten my roster and boy am I in for a treat! I’m starting earlier than expected so I guess I’ll have to get used to getting up at 7, instead of 9.30-10.00 that I’m getting up now. Atleast I’m rostered for 32 hours a week so the pay should be nice. I don’t think I will get much done in the way of gaming though. I expect to be seriously tired and will probably go to bed around 22.00 the first week because I will lack sleep otherwise.

To end the evening, and before heading to bed and completely passing out, I’ve played through some Lara Croft and the Temple of Osiris with a few buddies. It’s a 1-4 player game and it was free through Playstation Plus this month. We quite enjoyed ourselves. I might write about it in a bit more detail today. For now I’m heading to bed.

I know I’m about an hour too late with posting this officially for Blaugust. But it’s still considered to be my post for the 8th!